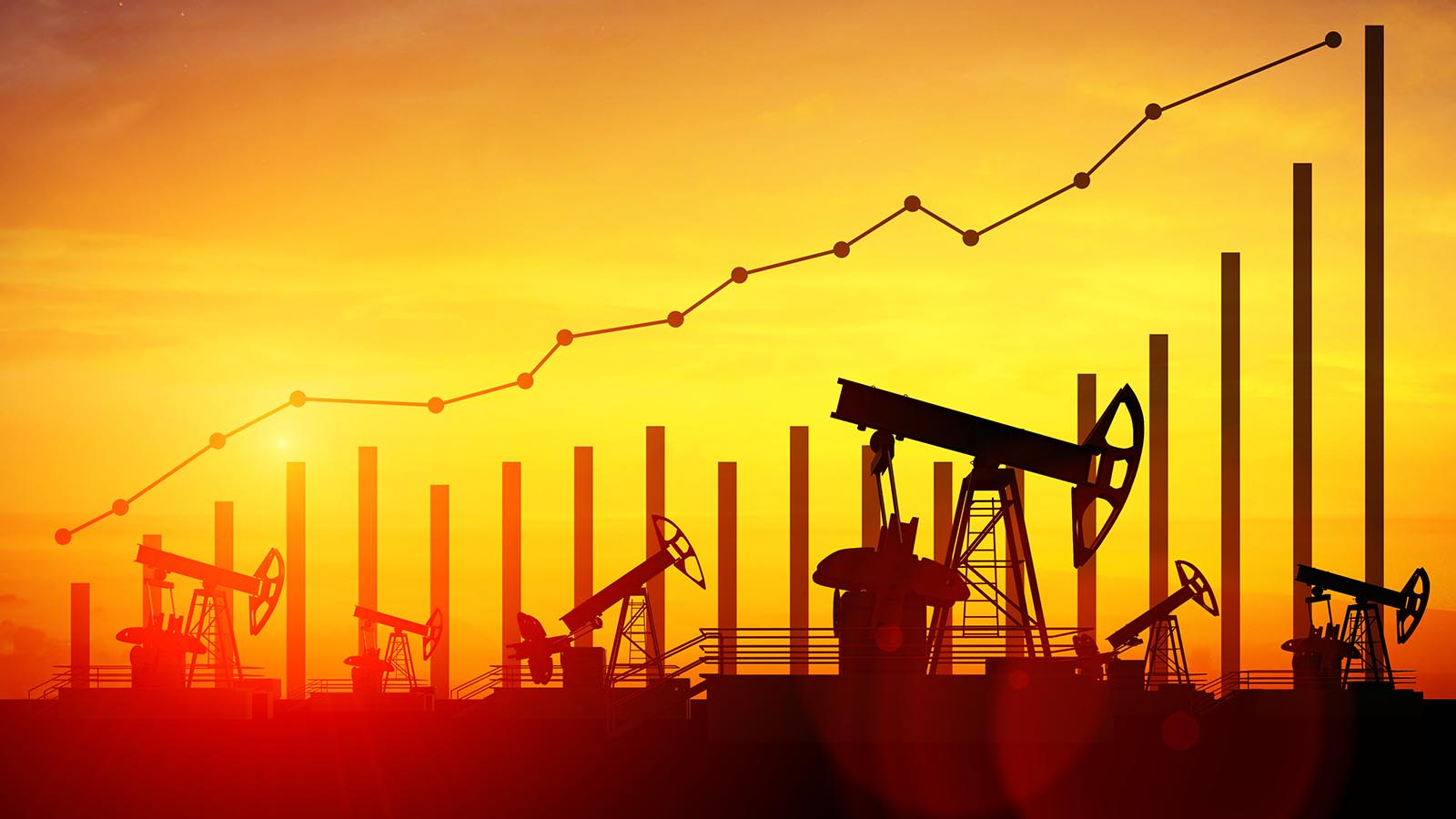 Perhaps no other market segment besides oil stocks have featured as strong a will-they, won’t-they narrative of pure binary chaos. At the start of the coronavirus pandemic, oil prices slipped to below zero, an unprecedented circumstance as the global economy ground to a halt. With much of the world citizenry sheltering in place, there was really no place to store the sudden surplus of fossil fuels.

But soon after the spring doldrums of 2020, vehicle miles traveled in the U.S. (and other nations) rebounded. Domestically, the recovery rally was sharp as people who had been cooped up in their homes just had to get out. Plus, with air travel becoming a questionable transportation method, people preferred to travel the open road for their vacations. This too had a positive effect on fuel prices and subsequently oil stocks.

Later, as the calendar turned the page to 2021, the vaccination rollout began in earnest. Combined with loosening Covid-19 restrictions, consumers began hitting the streets in full force, a phenomenon known as retail revenge. Plus, people here are not going to cower in fear forever — that’s just not the American way. Naturally, both scientific and social forces contributed to bolstering the valuations of oil stocks.

To be fair, the omicron variant, along with the Federal Reserve signaling rate hikes in 2022, put a temporary damper on fuel prices. The thesis was that mitigation efforts will again force Americans back into their homes or at least drive down demand. While oil stocks absorbed some red ink, early reports about the omicron variant indicate that it produces less-severe symptoms. If so, that bodes well for the oil companies.

According to Reuters, amid the price recovery, OPEC+ will meet in early January to set policy, which may involve increased production. While that might be considered in and of itself a headwind toward prices, as society recovers, demand will likely be strong for fossil fuels. Therefore, these oil stocks could become beneficiaries:

Before we head further, we should acknowledge that 2022 may be a make-it-or-break-it year. Some are worried that the markets may correct or even crash, especially if the Fed’s rate hikes produce unintended consequences. So, above all else, due diligence and tight money management will be necessary when engaging these oil stocks to buy.

It added to the thesis, noting that “it expects demand for road transportation fuels and petrochemicals to continue to post healthy growth.” The end result is that the “world could consume more oil in 2022 than ever before.” While a counterintuitive hypothesis in light of growing efforts to go green, the forecast would be welcome news to big oil firms like Exxon Mobil.

For years heading into the Covid-19 crisis, XOM suffered — as did many other oil stocks — as disruptive events and declining relevancy hurt investor sentiment. And to be clear, XOM has still not recovered to its price point just before the coronavirus ruined everything.

However, it’s important to point out that society has never quite returned to normal. When it does, the resultant boon in activity could send XOM shares flying.

According to its website, “ConocoPhillips is an independent exploration and production (E&P) company headquartered in Houston, Texas.” The company goes on to describe its operations in “crude oil, bitumen, natural gas, natural gas liquids and liquefied natural gas on a worldwide basis,” and its “operations and activities in 14 countries.”

I bring up the company’s description for two reasons. First, sometimes I’ll receive bad-faith criticisms about a company’s description. Here, it’s straight from the horse’s mouth. Second and more importantly, COP represents one of the biggest oil stocks levered to the upstream component of the energy supply chain.

As the category name suggests, upstream companies are at the top of the chain, searching for oil deposits from which other institutions below benefit from “trickle-down economics.” Upstream firms represent one of the riskiest oil stocks because of factors such as potential geological, geopolitical, operational and increasing social impediments.

Still, because of the higher-risk profile, upstream companies may offer greater rewards. COP, which is levered to an established brand, provides a balanced approach in the upstream category. 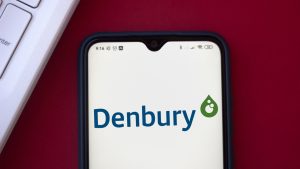 Another upstream name among oil stocks, Denbury distinguishes itself from the major players like ConocoPhillips as it centers its operations domestically. Specifically, it operates in the Rocky Mountain region and the Gulf Coast region. Given rising tensions across the world, energy investors ought to consider the possible benefits from homegrown fuel.

While it’s unlikely to see well-known oil stocks tumble because of geopolitical flashpoints like terrorism or nationalization via a violent coup, it’s not out of the realm of possibility. With countries adversarial to the foreign policy interests of the U.S. flexing their muscle, the world will almost surely be more complicated in the years ahead.

But a factor that truly separates Denbury from the competition is its utilization of tertiary oil extraction techniques, also known as enhanced oil recovery (EOR). Because the easy-to-extract oil has already been recovered in domestic oil fields, EOR enables Denbury to squeeze more juice out of the fruit, so to speak.

With politicians from the entire spectrum concerned about domestic energy and economic independence, DEN is a name you’ll want to watch closely among your top oil stocks.

If political forces mentioned above coalesce to boost oil stocks, you might also want to put Devon Energy on your radar. An independent oil and gas exploration and production firm, Devon is one of the domestic workforces in our energy infrastructure. Its operations focus on U.S. onshore projects, which means the resources extracted and the jobs created benefit your fellow Americans.

While it’s natural to worry about the viability of oil stocks amid a political wave favoring clean technologies such as electric vehicles, the transition to green won’t happen overnight. More critically, workers who have been struggling to make ends meet prior to the pandemic won’t care so much about ideological pandering if they can’t put food on the table.

A more robust economy, whatever the impact to the environment, will resonate much more deeply with the electorate. Therefore, this harsh political reality will benefit upstream oil stocks like DVN.

Falling between the upstream and downstream stages, midstream primarily refers to the processing, storage and transportation of fossil fuels. While all stages of the energy supply chain are critical, midstream operators leverage considerable influence on the economy because they ultimately transport fuel to regional distributors. Thus, a disruption with midstream companies can be particularly devastating.

Based on this reality, Hess Midstream Partners deserves consideration for your portfolio of oil stocks. For one thing, midstream operators represent one of the more stable components within the energy supply chain. As an example, pure exploration firms live or die by discoveries, which is a volatile way of making a living. However, midstream firms like Hess typically feature long-term, fee-based contracts.

More specifically per its website, Hess’ integrated assets located in the core of the Bakken shale region — which covers much of North Dakota and some parts of Montana — provides the company with “a competitive advantage in capturing additional volumes from third parties.” This arrangement includes “producers that are seeking to grow production in the Bakken and reduce crude oil trucking and natural gas flaring.”

One of the riskier ideas among midstream oil stocks, I personally decided to take a stab with EnLink Midstream, under the thesis that vehicular traffic will start to recover amid the vaccination rollout and the gradual return to the office. While the ebb and flow of the pandemic has made the latter argument somewhat questionable, ENLC has continued to charm stakeholders with its steady move higher.

Of course, I’m biased because I remain a shareholder. But for those who prefer market pundits to have some skin in the game, ENLC is obviously one of my favorite oil stocks. Should the economic recovery thesis win out over the market crash forecast, you may find it to be one of your favorites too.

Again, as is typical for midstream companies, EnLink features stable cash flows due to the nature of operations. Historically, stability hasn’t been the hallmark of the company, hence its underperformance for several years. Nevertheless, over the past several quarters, it has enjoyed positive and generally consistent free cash flow. 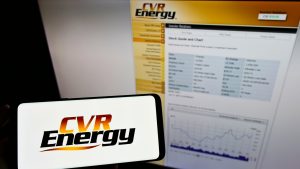 One of the riskier components of the fossil-fuel industry, downstream companies like CVR Energy heavily depend on consumer confidence and overall economic activity. As the refining and marketing component of the energy supply chain, downstream firms convert fossil fuels into usable consumer products such as gasoline. Therefore, CVR will be hoping for a continuation of the recovery narrative.

Nevertheless, this is an uneasy circumstance for investors as questions remain about the impact of the Fed’s shift toward hawkish monetary policies. Without free-flowing stimulus, companies will be far less incentivized to borrow money, which in turn may slow expansionary investments. Such a circumstance could then affect jobs, which may crimp demand for fuel.

On the plus side, there’s always the chance that the naysayers could be wrong. If they are, CVI shares could be among the more profitable oil stocks. As increased consumer activity has demonstrated, Americans may be over Covid-19-related concerns, irrespective of omicron or another possible variant.

Just as importantly, I’m not entirely sure if the work-from-home phenomenon will be permanent. Honestly, it doesn’t make any sense for companies to pay a 100% salary for employees that will be in the office 0% of the time.

On the date of publication, Josh Enomoto held a LONG position in ENLC. The opinions expressed in this article are those of the writer, subject to the InvestorPlace.com Publishing Guidelines.

Stock futures are higher after S&P 500 falls to its lowest level in more than a year
What Stock Should I Buy for $20? 3 Can’t-Miss Picks.
Twitter: Elon Musk Closes the Credibility Gap
Textron: Great Quarter, But They Could Lose 2 Large Contracts
Mr. Cooper Group: Prepare For A Soft Q2