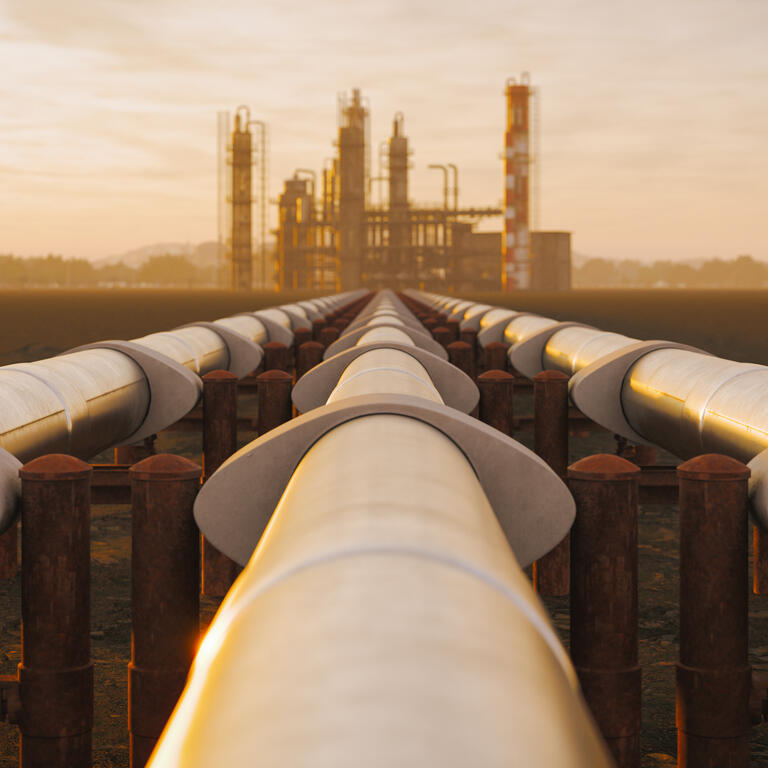 Please note all Figures are in CAD as that is the company’s reporting currency. We will refer to TideWater Midstream as TWM and TideWater Renewables as LCFS as that is their primary tickers on the TSX.

I present to you herein one of the cheapest opportunities available not only in the midstream/downstream energy space but the market in general. This is an opportunity to grab onto with both hands.

Tidewater Midstream and Infrastructure Ltd. (OTCPK:TWMIF) is a diversified energy infrastructure company based in Calgary, Alberta. TWM’s key assets include the Prince George Refinery (PGR) which has an off-take agreement with Cenovus Energy (CVE), the Pipestone Gas Plant which has 80% of its volumes under take-or-pay contracts, and the Brazeau River Complex and Fractionation Facility which allows producers access to three natural gas egress solutions. There is also the Ram River Gas Plant, which is a rail-connected processing facility, and natural gas storage assets, which are contracted to six investment grade counter-parties.

PGR is a 12,000 bbl/day light oil refinery that mostly produces low sulphur diesel and gasoline to supply the greater Prince George area. The Prince George area is generally in short supply of refined products and the refinery’s location within the region makes it a critical piece of infrastructure with significant logistical advantages to address demand in Northern B.C. The Prince George market faces logistical and economic challenges with transportation costs and a lack of offloading sites. Additionally, the refinery supplies the majority of regional demand which contains significant industry in forestry, mining and natural gas.

In July 2021 TWM announced the creation of Tidewater Renewables (LCFS) as a wholly owned subsidiary. LCFS was formed to provide TWM a vehicle for pursuing funding growth to focus on the production of innovative low carbon fuels. In August 2021, TWM closed its IPO of LCFS offering 10 Million shares at $15/share for $150 Million. LCFS acquired certain pre-existing operating assets as well as growth projects from TWM that provide an initial platform for its renewable diesel, renewable hydrogen, and renewable natural gas business. As consideration for the sale of these assets, TWM received 23.9 Million shares and $180 Million in cash allowing them to deleverage significantly. At the close of the transaction TWM owns ~69% of all outstanding shares of LCFS. LCFS’s assets are expected to generate their revenue via take-or-pay contracts with TWM as the primary counter-party and will provide LCFS with stable contracted cash flows as well.

TWM is one of the lesser known energy infrastructure companies in Canada which is evident as its market capitalization makes it look like a kitchen mouse in comparison to the larger players.

Although its yield is far less than its counterparts which makes it less suitable for income investors, its Q3 2021 results showed that it delivering its 10th straight quarter of consolidated adjusted EBITDA growth and boasts a 15% DCF yield using annualized Q3 earnings. This EBITDA growth is nothing short of admirable given that the world has been living through a pandemic in the last 7 of those quarters. TWM has maintained a very modest payout ratio at only 21% as it continues to finance multiple projects in the $5-$25 Million range and achieve its leverage target of 3.0-3.5x Net Debt/EBITDA.

Not only am I a fan of good companies at a cheap price as TWM is (5x EV/ 2021 EBITDA, but when they are below $1 Billion in market capitalization they are especially intriguing. Companies of this size are too small for major institutions to hold as they would otherwise own too much of the company, but when these companies keep breaking their own records and inch closer to the $1 Billion market capitalization institutions begin to take notice and often buy hand over fist. It is not a stretch for these companies to go from being a $1 Billion market capitalization to $3 or even $5 Billion in a short period of time. I believe TWM has the potential to be one of those companies. Pay-close attention as well to its EV being only 6% of the replacement value of its assets.

TWM has been able to deleverage significantly as a result of its offering of LCFS but also with the sale of its Pioneer Pipeline network to ATCO Gas for net cash proceeds of $135 Million. TWM as a result was able to get their leverage below 3.5x EBITDA and now employs comparable leverage to that of its conservative peers Enbridge (ENB) and Pembina Pipeline (NYSE:PBA).

The main reason I suspect for TWM’s steep discount to its peers is its scale and diversity of operations. For example TWM’s pipeline network spans ~4,000 KMs to ENB’s ~29,000. ENB has 98% of EBITDA as cost of service/contracted relative to TWM’s 75% and 95% of its counter-parties are investment-grade to TWM’s 53%.

Now if TWM’s midstream energy business didn’t seem cheap as for time being only 8% of revenue comes from LCFS, when taking into account the potential of LCFS, TWM begins to look absurdly cheap. The fact of the matter is the world suddenly awoke to renewable energy in 2020 largely due to the possible role fossil fuels and global warming played in the pandemic.

Global demand for biofuels is set to grow by 41 billion litres, or 28%, over 2021-2026 in the EIA’s main case. The recovery to pre-Covid-19 demand levels accounts for one-fifth of this demand growth. Government policies are the main driver of the remaining expansion, but other factors such as overall transport fuel demand, costs and specific policy design influence where growth occurs and which fuels grow quickest. The combination of these influences pushes Asian biofuel production past that of Europe during the forecast period. Policies in the United States and Europe help demand for renewable diesel (to nearly triple. Renewable diesel demand nearly triples between 2020 and 2026, primarily thanks to policies in the United States and Europe. The majority of renewable diesel growth is concentrated in the United States and Europe. In both regions renewable diesel competes well in a policy environment that values GHG reductions and places limits on some biofuel feedstocks, as it can be produced with a low GHG intensity using wastes and residues. It has a further benefit in that it can be blended at higher levels than biodiesel.

In the EIA‘s Net Zero Emissions by 2050 Scenario, total hydrogen demand from industry is expected to expand 44% by 2030, with low-carbon hydrogen becoming increasingly important (amounting to 21 Mt in 2030). Oil refining is the largest consumer of hydrogen today (close to 40 Mt in 2020), and will remain so in the short to medium term.

LCFS has certainly geared their asset base to make good on this trend, but this is going to be a very competitive space with some real behemoths vying for position. The world’s recent awaking to this reality has caused some caused a flood of capital into the space pushing valuations to near insanity at least for Brookfield Renewable Partners (BEP) and Siemens (OTCPK:GCTAY) which appear to be set up for poor returns.

LCFS is not exactly an exception to this trend, trading at ~11.0x next years estimated EBITDA which is a stretch for a company with only one quarter of operations. What is more perplexing is that its market capitalization is actually greater than that of its parent company TWM meaning that is substantially cheaper to gain access to their projects through TWM than buying LCFS directly. One could even short LCFS and use the proceeds to go long TWM if one didn’t want to put up capital (this is not without risks).

I’m not exactly suggesting the market should be accounting for $328M (69%*$477 Million) in market capitalization when valuing TWM’s share in LCFS, that being said, the market is certainly undervaluing the potential of LCFS when valuing TWM’s shares. The renewable diesel refinery co-located at TWM’s Prince George Refinery that utilizes renewable feedstocks to produce renewable diesel includes a renewable hydrogen plant that will produce 10.0 MMcf/d of hydrogen as part of refinery operations. Total capital spend is expected to be $215 – $235MM with the BC Government pledging $103MM of the funding. Project is expected to come online for Q1 of 2023 and to produce up to $95 Million in EBITDA. TWM’s share of those profits will be ~31% of their of what their total 2021 FYE EBITDA is expected to be at $208 Million. We discuss the fair value of LCFS in the next section.

Management has suggested in the January 2022 Investor Presentation that FV for TWM shares is $2.07/share which is a 59% premium to the current price of $1.30/share.

The analysis made the following inputs:

First of all a run-rate of $160M is too low, as TWM’s assets are easily on pace to exceed that for 2021 fiscal YE. In fact TWM’s assets being valued at $1.03/share would be a steal at 7x DCF or a 14% free cash flow yield using 9-month annualized figures (you can’t actually buy just TWM’s assets without LCFS). What is more astounding is by buying TWM shares you get their assets and an extra $463MM in Market Capitalization for only $92MM (27 cents a share). Again not saying LCFS is worth $463MM in market capitalization, but it would almost seem as though you get access to LCFS’s growth for next to nothing just by buying shares of TWM.

It is still early days for LCFS’s assets, but generated $5.3MM in adjusted EBITDA and $3.9MM in DCF in its first 44 days through its canola processing. A run-rate of even $50MM in EBITDA as their renewable diesel and renewable hydrogen segments get up and running at a modest 5x EBITDA multiple and $34MM in net debt would imply fair value of $6.24/share for which TWM owns 69% so would have $4.30/share in hidden value. Therefore, TWM’s share in LCFS is likely understated at $1.04/share.

Finding deep value investments like this is difficult with the sky high valuations seen in the market today. The bonus with this opportunity is a significant portion of its EBITDA comes from take-or pay contracts and investment grade counter-parties which greatly reduces its cash flow risk. It may take days, months, or years for the market to realize the underlying value of this opportunity due to the sheer small size of TWM and being thinly traded. In the meantime, investors can enjoy a ~3% dividend yield that is well covered by cash flows and we should expect increased dividend payments once LCFS’s projects are fully revenue generating.

MicroStrategy’s bitcoin bet looks shaky as crypto market encounters turbulence
Six Dividend-Paying Stocks With Low Payout Ratios to Buy
Should You Buy Biotech ETFs Now?
7 Hot Stocks to Buy on Any Dips in May
Avoid Redbox as the Acquisition Puts It Out of Its Misery