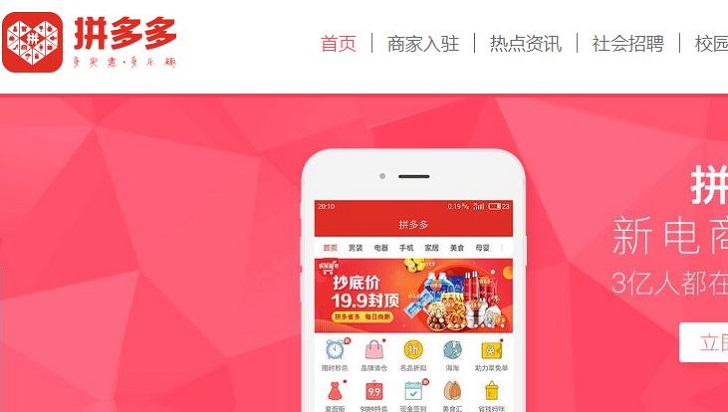 Shares of Chinese e-commerce platform Pinduoduo (NASDAQ:PDD) have been struggling since early last year, when they topped out above $200. Today, PDD stock trades in the low $40s. 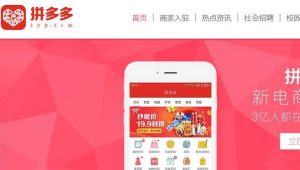 Recent growth metrics have been unimpressive. And it’s difficult to determine whether the company’s ongoing strategy shifts will ultimately be successful. Furthermore, the company faces multiple regulatory risks.

In light of these challenges, I recommend that investors sell PDD stock.

Pinduoduo announced fourth-quarter and full-year results on March 21. Although some aspects of the firm’s growth were strong, its overall revenue increase last quarter was anemic.

In Q4, revenue climbed just 3% year over year to 27.2 billion Chinese yuan, falling short of estimates. And average monthly users increased just 2% from a year ago to 733.4 million.

“Our revenue growth slowed down due to moderating user growth and fluctuation in user activity,” said Jun Liu, Pinduoduo’s vice president of finance, in a statement accompanying earnings.

On a brighter note, the company reported a 108% year-over-year jump in “revenues from transaction services” for the fourth quarter, as well as a 33% gain in annual spending per active buyer for 2021.

Net income also improved, with Pinduoduo reporting 6.6 billion yuan versus a loss in the fourth quarter of 2021. However, the company attributed this in part to cost-cutting and “a one-off rebate from one of our service providers.”

This leads me to believe the company’s profitability may have peaked. By definition, a “one-off” rebate is unlikely to recur. And there’s no guarantee the company will be able to reduce costs further. Even if it could, this may have significant negative implications for Pinduoduo in the future.

Pinduoduo appears to be largely abandoning its merchandise sales business, as revenue from that category tumbled 98% year over year in Q4 to just 81.7 million yuan. Instead, the company is moving into agriculture, as it looks to “deepen [its] digital inclusion efforts in agriculture” according to CEO Lei Chen.

I must admit that I know very little about farming. But I think many people may have difficulty understanding the phrase “digital inclusion efforts in agriculture.”

Is Pinduoduo using technology to enable farmers to get their crops to market faster or to more efficiently find the most lucrative buyers for their products? Is it focusing on introducing and/or selling more advanced farming machinery?

Beyond saying that Pinduoduo was looking to sell more farm products with “zero commission,” using various methods to promote and market farm products in China, and “advocating the adoption of agricultural technology,” Chen was not very specific on the company’s Q4 earnings conference call about what the new strategy entails. Nor did he explain why the company believes its new approach will be successful.  And he certainly did not provide any statistics showing the extent to which the strategy has been successful so far.

It seems like Pinduoduo is attempting to ingratiate itself with China’s farmers in order to become the premier online seller of farm products in China. But the company’s “zero commission” policy makes it sound like it’s not making much, if any, money from the initiative yet. And it’s difficult to determine the extent to which Chinese consumers want to buy farm products online.

In the United States, grocery stores sell their products online, but I’ve never heard of an e-commerce company focusing on selling farmers’ products online. So, I’m not sure whether Pinduoduo’s strategy will work.

As I’ve been noting in columns since November 2020, Beijing has hit many Chinese consumer-facing companies with tough penalties. Although China’s government indicated last month that its tech crackdown is over, I would not be surprised if the Chinese government resumed its attacks on major tech firms sooner rather than later.

Meanwhile, America’s Public Company Accounting Oversight Board (PCAOB) recently indicated it may not be able to easily reach a deal with Chinese authorities on auditing Chinese companies whose stocks are traded in the U.S.

As Reuters reported: “In December, the U.S. Securities Exchange Commission (SEC) finalized rules to delist Chinese companies under the Holding Foreign Companies Accountable Act (HFCAA), and said it had identified 273 companies that were at risk, without naming them.”

Pinduoduo is thought to be one of those companies. That’s why PDD stock popped last week after it was reported Beijing had “empowered” its regulators “to find a mechanism to comply with overseas accounting regulations.”

The Bottom Line on PDD Stock

Pinduoduo’s overall growth is slow and it’s difficult to determine if its new strategy will work. Furthermore, the company faces a tough regulatory environment. For these reasons, I recommend that investors sell PDD stock.

Larry Ramer has conducted research and written articles on U.S. stocks for 13 years. He has been employed by The Fly and Israel’s largest business newspaper, Globes. Larry began writing columns for InvestorPlace in 2015.  Among his highly successful, contrarian picks have been GE, solar stocks, and Snap. You can reach him on StockTwits at @larryramer.

Alphabet Stock Is Much Better Positioned Than Other Tech Giants
7 Stocks to Own Until 2032 and Beyond
Will This Recession Be the Financial Crisis All Over Again?
How to Read the Ticker Symbols for Stock Options
Stocks making the biggest moves premarket: CarMax, FedEx, Seagen and more