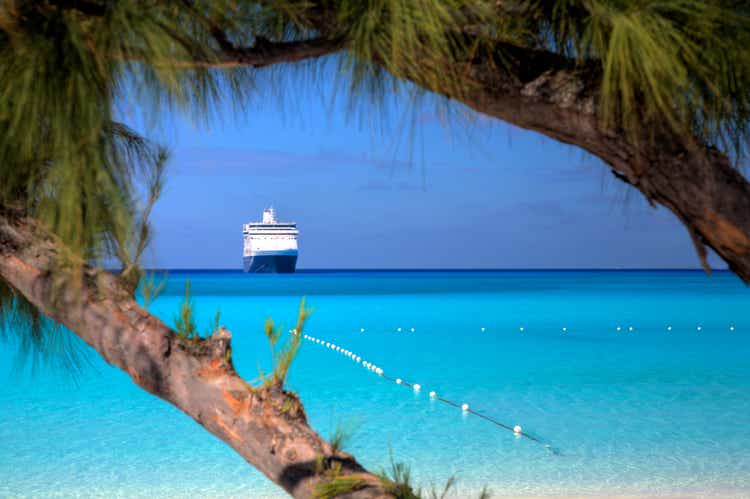 Norwegian Cruise Line Holdings Ltd. (NYSE:NCLH) is an American entertainment cruise giant that had a very interesting couple of years in the cruise business. Travel and leisure stocks have been hammered for the better part of the last two years due to ongoing pandemic-related issues. Seemingly endemic within the industry, cruise stocks have drawn the short end of the stick. With lockdowns and travel restrictions in place, being literally closed down and with no ability to generate cash, cruise stocks have been fighting an uphill battle for a long time.

Still, with pandemic cases and deaths losing their momentum over the course of the past several months, many countries have been rolling back restrictions amid optimism that the end of Omicron has brought the world one step closer to the end of the entire pandemic. With this, many are expecting the long-awaited recovery of cruise stocks and a brighter future for the entertainment giants. However, is this truly the case? We will share our views on the matter and try to answer why we believe Norwegian Cruise Line is still far from a recovery meaningful to its shareholders.

A new beginning for Norwegian?

Norwegian Cruise Line’s entire cruise fleet consisting of 28 ships has been docked for the better part of the last two years. During this time, with no cash-generating ability, the company had no meaningful way to fund expenditures other than to resort to debt and equity financing. In the last year alone, the company burned through $2.6 billion of cash.

On the brighter side, management was successful in stabilizing its finances by bringing the expenditures somewhat under control while putting an end to the rise of debt. With a part of the cruise fleet finally sailing, the company has started generating some much-needed cash flow, which has brought some further relief to the finances. Furthermore, management was able to build up a relatively strong cash position of $2.70 billion, given the circumstances.

The company’s EBITDA/Interest Expense ratio before the pandemic outbreak was 7.40x, meaning generated EBITDA could cover the interest payment by more than seven times. These days are long gone, since Norwegian Cruise Lines generated a negative EBITDA of $489 million last quarter. The same ratio today stands at a negative 2.72x, as the company has to pay an expensive $178 million in interest payments.

This might not be as fair considering the company has not been doing business. If the cruise entertainment industry would go back to normal in late 2022 and 2023, it is not unreasonable to expect similar numbers to reappear, so we could compare the last positive EBITDA quarter to today’s quarterly interest expense. We would arrive at an EBITDA/Interest Expense ratio of 2.08x.

All of this serves to point out the fact that the company is in dire need of having its cruise fleet out and sailing again, and would otherwise be faced with severe risks in terms of servicing its debts and staying afloat. Luckily, better days seem to be ahead for Norwegian Cruise Line, as it was announced that by May of 2022, their entire fleet is supposed to be out and sailing if no major disruptions occur. This means that we could see fourth-quarter results somewhere in line with what the company would have been generating prior to the pandemic, possibly signaling a new beginning for Norwegian.

Once again, this entire situation was largely out of anyone’s hands and, in general, what has happened to an otherwise good business is a real tragedy. This can be witnessed by looking back at the stellar financial results the company had been generating throughout the years. However, management and shareholders alike have to deal with the consequences, and those consequences have, in fact, been terrible.

The cost of equity financing

As explained earlier, the company was burning through large sums of cash and it needed to find a way to pay the bills. Other than taking on large amounts of debt that we have already touched upon earlier, management has also resorted to raising capital by issuing new shares of the company.

The rather sad reality is that the company was displaying shrewd use of capital by executing well-coordinated share buyback programs in the pre-pandemic 2014-2019 period. During that time, the company lowered the number of shares outstanding to 212.7 million shares, all the way down from 227 million before the programs were executed. Management ended up buying back almost 7% of the shares during those years.

At the end of Q4 in 2019, the company had 213.20 million shares outstanding. That number has increased to more than 419.09 million shares during the company’s pursuit of capital in the pandemic. Total shares outstanding have increased by almost 206 million. With some back-of-the-paper math, if we assume that the average share price was around $20, we can conclude that the company raised more than $4.1 billion through equity financing.

The effect of equity financing is arguably even more damaging to the long-term prospects of the company than the increase in debt. Still, one might say that management’s hands were tied here and that they had no other real solutions. Furthermore, their competition seems to have largely done the same, as was the case with the likes of Carnival Cruise Lines (CCL) and Royal Caribbean (RCL).

However, if we compare the amount of dilution that has taken place in the rest of the industry, we can conclude that Norwegian’s management relied on equity finance the most. Up until today, management has diluted the shareholders by 95%. In other words, we have twice as many Norwegian Cruise Lines shares as compared to the pre-pandemic levels. The main focus of management in the next several years should be the battle to deleverage the balance sheet, meaning that there is probably going to be a long time until some sort of a meaningful buy-back program can be executed again.

No vote of confidence by executives

A very interesting thing that we can witness when analyzing “post-pandemic” cruise stocks is the lack of confidence by senior management in future stock performance. We have witnessed what I view as a very loud and noticeable lack of executive insider purchases throughout the sector, which is a message by itself.

The entire line of Norwegian executives has done nothing but sell ever since the pandemic hit. This comes across as somewhat of a surprise, considering that the stock is priced at a significant discount of more than 65% to pre-pandemic levels.

We can recall an interesting Peter Lynch quote at this point: “Insiders might sell their shares for any number of reasons, but they buy them for only one: they think the price will rise.” In my view, there is no one with a better insight and sharper outlook on the future of the business other than the executives and the rest of the senior management. The fact that no one is still buying should be sending a strong message of no confidence in the future of the business. Let us take a look at two cases of executives acting differently.

Back in 2021 when shareholders reacted negatively to the WarnerMedia spin-off announcement, AT&T’s John Stankey decided to buy back $1 million worth of shares of the company in a huge vote of confidence. In a similar nature, after shares of Wells Fargo (WFC) fell more than 40% in 2020, the new CEO Charles Scharf bought almost $5 million worth of shares of the company. Shares of his company later more than doubled. If one believes that a turnaround is around the corner, there is no better way to convey that to the shareholders other than to get skin in the game.

Some final thoughts and conclusions

The cruise operators have probably gotten the worst deal of the pandemic out of all of the travel and leisure businesses. Unrelated to their actual financial strength and performance, they were all thrown under the bus by being unable to operate their cruise empire and burning cash in the meantime. Companies were as a result forced to rely on debt and equity financing, completely wrecking their balance sheets in the process and making them look rather borderline uninvestable.

While it is the truth that this situation is priced into a certain extent, I would argue that a 65% discount from the pre-pandemic highs is simply not enough to account for doubling both the debt and shares outstanding of the business. The debt has not only gotten bigger, but also more expensive, and as such it will prove increasingly difficult to be managed over the course of the next several years, creating more headaches for management and shareholders alike.

This is all under the presumption that the company will establish some sort of pre-pandemic financial success in the next 3-5 quarters. In retrospect, the shareholders that jumped off the decks as soon as the pandemic hit do seem to have gotten the best or at least the least painful deal. It would not be unreasonable to assume that the stock is going to recover slightly as the macroeconomic headwinds clear and the first good results start piling in; however, the real question is what happens next? In the end, I would argue that this is a fundamentally flawed business that has little to offer to potential investors.

GameStop Is the One Meme Stock to Avoid at the Moment
As Lyft Faces a Price-Fixing Lawsuit, Here Are 2 Better Stocks to Buy
7 Meme Coins to Avoid no Matter What Your Friends Say
Crispr Therapeutics: Use The Rally To Cut
What Is a W-9 Form and How Is It Used? A Guide