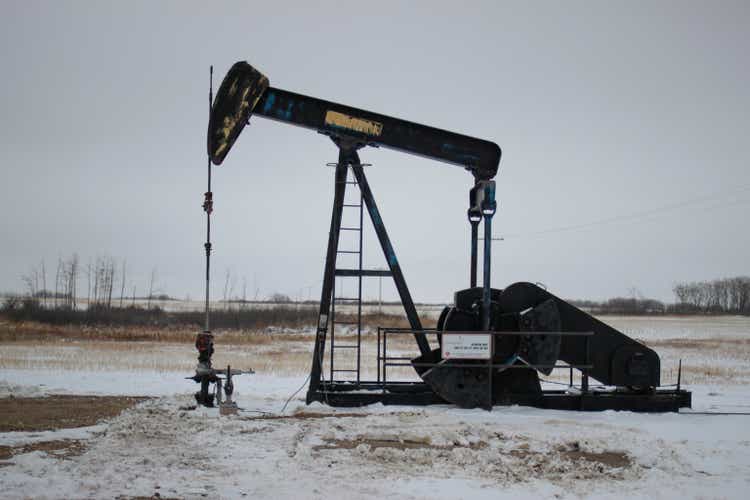 Most oil and gas producers have seen their share prices run up pretty nicely thanks to the strong oil price. Surge Energy (OTCPK:ZPTAF) isn‘t an exception although the company remains rather cheap as the financial community is applying a more cautious approach given the history of disappointing performances. I bought the debentures of Surge Energy below par, and as I‘m a creditor rather than a shareholder, I think I‘m in a very comfortable position. This doesn‘t mean I can simply ignore my positions, and I need to keep an eye on the financial performance of Surge Energy to make sure the company can repay the debt on the respective maturity dates.

The company’s main listing is on the Toronto Stock Exchange where it’s trading with SGY as its ticker symbol. The average daily volume in Canada is in excess of a million shares per day, so interested investors should clearly use the TSX facilities to trade in Surge’s stock. The debentures also are trading on the TSX with SGY.DB and SGY.DB.A as ticker symbols.

The Q4 results were strong, the outlook for 2022 even stronger

During the fourth quarter, the company produced on average just under 21,200 barrels of oil-equivalent per day, with in excess of 80% of the equivalent production actually consisting of oil. The average realized price was just under C$83 per barrel of oil and just over C$58 per barrel of natural gas liquids. Surge Energy also benefited from the high natural gas price as the natgas was sold at C$4.75 per mcf, and that‘s about 42% higher than the C$3.34 per mcf in the preceding quarter.

The higher oil and gas prices were for sure a blessing for Surge Energy as the company‘s realized prices for oil, NGL and natural gas were, respectively, 92%, 124% and 255% higher in FY 2021 compared to FY 2020. And the average prices in Q4 2021 were much higher than in the preceding few quarters which means the annual average doesn‘t paint the entire picture.

Thanks to the higher production (due to an acquisition) and the higher prices, Surge Energy saw its cash flow from operating activities almost double compared to the preceding quarter. The adjusted funds flow increased by 56% to C$43.3M and after deducting the C$22.5M in capital expenditures, Surge‘s underlying free cash flow exceeded C$20M.

As of the end of 2021, Surge Energy‘s net debt was approximately C$306M (excluding leases). That‘s a decent decrease compared to the in excess of C$360M in net debt as of the end of 2020, but Surge Energy isn‘t out of the woods yet although the financial situation is clearly much better than even just six months ago.

In the current oil price environment it doesn‘t make a lot of sense to have a backward-looking approach, as the cash flows generated in 2022 and 2023 will matter more.

As there currently are 83.4M shares outstanding, the free cash flow per share will exceed C$1.50 using the base case scenario of US$75 oil. The company still has some hedges in place, as you can see below, but the hedge price is quite reasonable, and from Q3 2022 on, the percentage of the production that has been hedged is decreasing substantially.

I am very happy being a creditor

As explained in a previous article, Surge Energy has two series of debentures outstanding:

The 2022 debentures were issued in 2017 and the C$44.5M issue has a coupon of 5.75%, maturing on Dec. 31, 2022. Surge Energy has a second but smaller issue of debentures, trading as SGY.DB.A on the Toronto Stock Exchange. The total size of this issue is just C$34.5M, and these bonds with a coupon of 6.75% are maturing on June 30, 2024. The debentures can be called from 2023 on, but given the relatively low cost of debt (6.75%) and their status of junior debt (the bank debt and term loan will be repaid first, in the event of a default), this remains an attractive financing option for Surge and I don’t expect the securities to be called.

Although both debentures are convertible debentures, I‘m only interested in getting my interest payments and the cash repayment at the end of the term.

While the net debt of Surge Energy is still relatively high, 2022 will likely be a pivotal year and the net debt will decrease in a very substantial way. And even if the oil price would collapse and average just $60/barrel for the rest of this year, Surge would still achieve an average realized oil price of US$70 for the year and the C$106M in incoming free cash flow would be more than sufficient to repay the C$44.5M convertible debenture due at the end of this year.

I own both issues of the debentures, and while the 2024 debentures still have more than two years to go, I’m feeling increasingly confident in Surge‘s ability to repay its debt. Given the small size of the 2022 bonds, the repayment of the 5.75% debentures at the end of this year appears to be a given, and I wouldn‘t mind picking up some more bonds at or slightly under par if the opportunity presents itself.

I may also add to my position of the 2024 debentures, but I‘m in no rush and may wait for the 2022 debentures to be repaid before adding to the 2024 position.

With Musk Describing Gigafactories as “Money Furnaces,” Should You Buy Telsa Stock?
How Do Real Estate Agents Get Paid?
Baidu: A Future Tech Giant Trading At A Substantial Discount
Should You Buy Apple Stock? Two Key Issues to Consider
Robinhood Stock Is Still Far From Safe