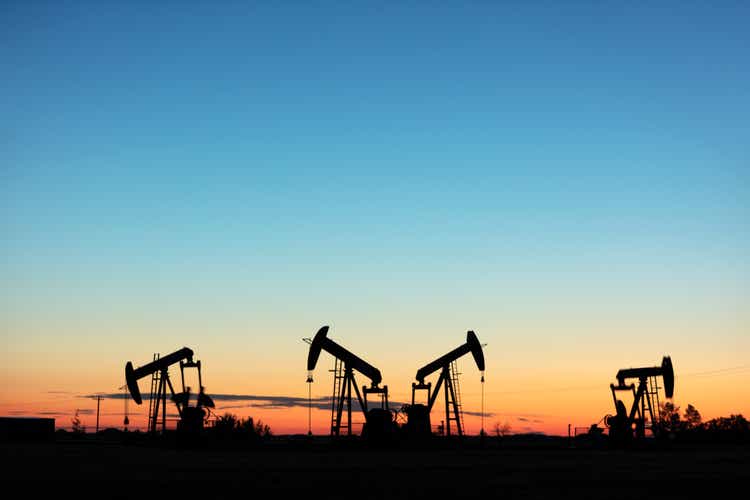 In the assessment below we will deconstruct Birchcliff within two main contexts, and prove that both its operations and economic horsepower are second to none when compared to other peers:

Birchcliff is a strong Canadian gas operator and clear outperformer when compared to the broader market. Moreover, we have bullish outlook on Birchcliff when considered in the context of other Canadian producers. As such we recommend a buy.

Birchcliff is a midsize upstream Canadian producer and will be compared against other non-integrated comparable peers with production above 75,000 boe/d. Birchcliff is a gas-weighted producer with 80% of its production from natural gas, 10% from NGL, 7% from liquid condensate, and the balance from crude oil. Birchcliff is concentrated in the Peace River area of Alberta, and we will focus our comparison to relative peers within the region.

For context, the below table summarizes Birchcliff’s position across all assessed regions in the Western Canadian Sedimentary Basin. Note that values may not be exact as they include several underlying assumptions and simplifications.

Birchcliff is the clear industry leader when it comes to land utilization in the Peace River region as it maintains the highest production per acre owned than any other operator in the region. This is indicative of an efficient land management program across the company.

Birchcliff is the industry leader in terms of production in the Peace River region, it also maintains competitive liquids and gas decline rates that fall below the peer group average. Birchcliff is only closely rivaled by Canadian Natural Resources (CNQ) an operator of significantly larger size, presence and experience in the Western Canadian Sedimentary Basin. Birchcliff’s decline management underpins our buy recommendation.

Note that albeit being the industry leader, Birchcliff’s decline rates are ~25% meaning that Birchcliff will have to continue to find, develop and renew its production infrastructure every 4 years in order to maintain the current production levels. This is a notable consideration, as Birchcliff’s future success is closely dependant on its successful exploration, drilling and completion activities in the area.

Building on its successful industry leadership in the Peace River region, Birchcliff is doubling down and is heavily reinvesting to bring new production online. Birchcliff holds the second highest count of cumulative new drills over the past 36 months, closely trailing Spur. Furthermore, Birchcliff also maintains high average production per well (~123 boe/d) compared to peers (with an average of 72 boe/d) in the area. This is indicative of effective geological mapping in the area, well executed drilling and completions, and strong operatorship. This is another consideration supporting a buy recommendation.

Birchcliff holds considerable reserves in the Peace River region at ~156MMboe, placing it second only behind Canadian Natural Resources (CNQ) at ~216 MMboe an operator of considerably larger size and presence, and well ahead of the next peer (Advantage (OTCPK:AAVVF) at ~80 MMboe). Reserve management is another strong pillar of Birchcliff’s operations and further supports a buy recommendation.

Moreover, Birchcliff’s Reserve Life Index falls just in line with the peer average at around 6.2 years indicating that at current production rates Birchcliff depletes just around 16% of its reserves annually. When it comes to other gas-weighted operators, 6 years leaves plenty of time for the company’s operations to explore, develop and book new reserve volumes.

Birchcliff is competitively utilizing its land base and demonstrates disciplined operatorship and land management program in the Grande Prairie region. Building on its strong presence in the Grande Prairie region, Birchcliff is heavily re-investing its capital to bring new production online, and continues to maintain above average production per well. Furthermore, Birchcliff also maintains competitive (below average) decline rates compared to peers, again proving its strong operatorship in the area. Lastly, Birchcliff maintains strong reserves compared to peers and has an average Reserve Life Index compared to peers in the area, proof of its effective geological mapping in the area.

Birchcliff is one of the strongest operators in the Grande Prairie regions across multiple metrics, and as such we reiterate a buy recommendation.

In the following five sections we consider Birchcliff’s latest earnings and breakdown its intrinsic valuation; starting with a commodity pricing outlook, production forecast, calculating field and corporate netbacks, and finally by discounting free cash flow back to present value.

In Q4 of 2021 results remained in line with Wall Street expectations, moreover the company’s PDP reserves increased 5% YoY and Birchcliff remains well positioned to generate meaningful free cash throughout 2022. Management has reiterated a focus on strengthening its balance sheet in the near term and target decreasing its net debt to $190 million by year end 2022, which likely means debt free by mid-2023. Birchcliff has been active this latest quarter (1Q22) repurchasing a total of 1.3 million shares ($8.7 million), and this pace will likely continue throughout the rest of the year given the currently strong pricing environment. Moving into 2023, as Birchcliff approaches its zero debt target the focus will shift towards dividend increase (to ~$200 million) which at current prices could imply a ~8% dividend yield.

Birchcliff’s production can be segregated into four main types: crude oil (3%), condensate (7%), natural gas (80%) and natural gas liquids (10%). Overall, Birchcliff was able to sell its products close to or at the relative benchmark pricing. The biggest wildcard being NGL, where no comparable benchmark exist that reflects the specific composition of Birchcliffs NGL and thus we can only rely on the closest comparable in the area. In 2021, Birchcliff sold:

Birchcliff management provided strong guidance for 2022 through to 2026 production. To remain conservative we have only increased production by 4% per year after 2023.

Given the current pricing environment, Birchcliff has incredibly strong netback. As with any oil and gas company, a major risk is a downturn in commodity prices. Birchcliff has partially mitigated this risk with physical sales to AECO, Dawn and Alliance markets, in addition to exposure to NYMEX Henry Hub through basis swap derivatives. Furthermore, given the strong gas pricing backdrop Birchcliff is incredibly well positioned relative to peers when it comes to hedging exposure. Birchcliff maintains a relatively low amount of its production hedged, giving it an advantage against peers who will see hedging costs drag against their bottom line in the current high commodity pricing environment.

Given the ballooning gas prices of these past weeks, a consistently tight gas market and continually escalated geopolitical tensions Birchcliff is incredibly well positioned to outperform the overall market in the foreseeable future. Given the strong underlying operational performance we believe a 10% discount rate for Birchcliff Resources is appropriate. As such, the present value of Birchcliff Energy falls between C$11 and C$12 per share, implying an appealing 17%-28% upside from the current price.

Birchcliff Energy dominates across multiple comparable metrics when compared to Canadian peers of comparable size (non-integrated with production >75,000 boe/d). The exception is cash flow yield where albeit posting strong bottom line numbers, Birchcliff is not up to par with comparable peers. Given the importance of this factor alone, Birchcliff fails to achieve a strong buy recommendation. Nevertheless, other valuation metrics all appear attractive compared to peers thus supporting a buy a recommendation.

Birchcliff is one of the strongest operators in the Grande Prairie region as proven by its incredibly competitive land management, decline rates, outstanding reserves compared to peers. Shifting to its balance sheet, Birchcliff was able to realize benchmark pricing for a majority of its production and given the current gas backdrop, Birchcliff is extremely well positioned as a gas-weighted operator. Furthermore, Birchcliff management has released competitive guidance for production growth in 2021, capitalizing on these market conditions. Relative to peers, Birchcliff is also trading at incredibly attractive multiples and given the bottom-line free cash flow generation there is considerable implied pricing upside (17% – 28%) to Birchcliff’s current valuation.

Twilio Is a Sell as its Growth Story Has Failed to Bring Any Profits Yet
Amazon: More Protected Than Most Think
Don’t Chase After the Latest Surge in Nio Stock
Even the Energy Boom Can’t Save Camber Energy Stock
Stocks making the biggest moves premarket: Accenture, Darden Restaurants, FactSet and more