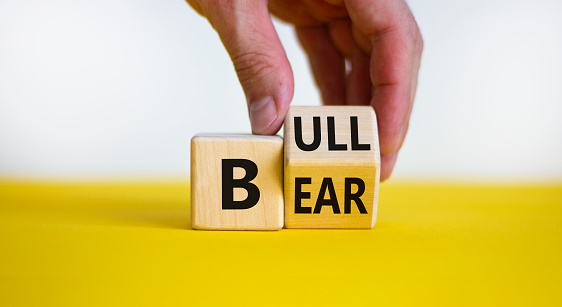 It’s been almost a year since I wrote a bearish article on Seeking Alpha about Mexico-focused gold and silver mining company Gold Resource Corporation (NYSE:GORO), and the share price is close to the level from then. Yet, it’s been a wild ride for investors as the 52-week range for the share price is $1.50-$2.99.

So, is Gold Resource a buy now, and have the fundaments of the business improved? In my view, not enough, but I’m no longer bearish thanks to Back Forty. Let’s take a closer look.

Overview of the recent developments

Gold Resource owns the Don David gold mine, which consists of six polymetallic projects in the Mexican state of Oaxaca. At the moment, only the Arista and Alta Gracia projects are in the production phase. Besides gold, the deposits contain significant amounts of silver, lead, copper, and zinc. This helps keep all-in sustaining costs (AISC) at just $800-$900 per ounce of gold equivalent.

My main concern here is the limited reserves. At the moment, the majority of production comes from Arista, which had reserves of 1,484,000 tonnes at 1.55 g/t of gold as of the end of 2021.

This means that the remaining mine life is about six years. However, it could be extended by a couple of years in the near future, as drilling in 2021 confirmed the downdip extension of the nearby Switchback vein system. Also, Gold Resource intercepted high gold and silver mineralization on the deeper intersections of the vein system, where it previously only identified base metal mineralization.

The most significant development for Gold Resource over the past year was the C$30.9 million ($23.9 million) purchase of Aquila Resources. The deal was completed in December, and the purchase consideration was settled in shares, giving Aquila shareholders a 14.9% stake in the combined company.

The main asset of Aquila was the Back Forty gold and zinc project in the U.S. state of Michigan.

I think this was a good purchase by Gold Resource, considering that, in 2018, a feasibility study showed that the project had a net present value (NPV) of $259 million at $1,300 per ounce of gold. AISC over the mine life is expected to come in at $677 per ounce of gold equivalent, which means that this could become one of the highest margin gold mines in the world.

My concerns are that the initial project capital costs were estimated at $294 million and construction is expected to take two years. Also, the mine life is somewhat short. Back Forty is expected to produce a total of 468,000 ounces of gold over a period of 7 years, with total payable gold equivalent production of 1.1 million ounces. This means that the average gold production will stand at just 67,000 ounces per year.

Overall, I see Back Forty as a compelling project from a financial point of view, but I think that financing it could be challenging, as the peak funding requirement is $296 million.

Gold Resource doesn’t have anywhere near that amount in the bank. As of March 2022, the company had $31.2 million in cash and cash equivalents. In addition to this, there are payments of C$9 million ($7 million) if Back Forty enters commercial production and Aquila had silver and gold streams in place. Under their terms, 18.5% of gold production will be sold at up to $600 per ounce until reaching $105,000 ounces, after which the stream drops to 9.25% of the refined gold production. In the case of silver, 85% of production will be sold at $4.00 per ounce.

On top of that, Gold Resource has decided to complete a new feasibility study for Back Forty, and it plans to spend $8-$9 million on the project in 2022. Overall, capital and exploration investment is estimated to come in at $33-$37 million this year.

Considering that construction of Back Forty is expected to start in early 2024, Gold Resource will need to decide how to fund this project soon. In my view, investors should avoid the company’s stock until the funding package takes shape.

I view Don David as a small polymetallic mine that has low costs per ounce of gold equivalent thanks to high co-product credits. In 2021, cash from continuing operating activities stood at $34.8 million. However, the remaining mine life is around 6 years.

Back Forty looks like a compelling project since its NPV is $259 million at $1,300 per ounce of gold. However, the peak funding requirement is $296 million, and Gold Resource needs to secure a funding package before starting construction in early 2024. In addition, the project is burdened with gold and silver streams which means that cash flows will be limited in the first two years of production.

I think that risk-averse investors could be better off avoiding this stock.

Author’s Note: Thank you for reading my analysis. Please note that I will be launching a marketplace service named Bears and Resources soon. I plan to share my live portfolio and my shortlist and discuss exclusive investment ideas. Early subscribers will receive a legacy discount. Stay tuned for more details.