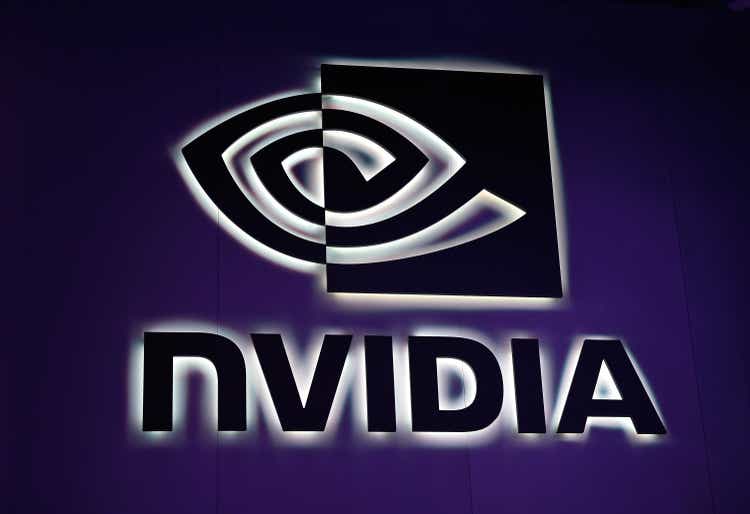 The core of NVIDIA’s (NASDAQ:NVDA) business currently revolves around Graphics Processing Units [GPUs]. To judge overall growth and future cash flows for the company, I believe it is important to understand where demand for GPUs will come from and how that may support future business ventures.

I believe future GPU growth, specifically in NVIDIA’s Data Center & Professional Visualization segments, will be strong moving forward as AI workloads and the need for strong graphics computing power may increase. With global AI and data science markets expected to grow substantially, NVIDIA is positioned excellently in my opinion. With a highly optimizable programming architecture intended to accelerate the computing capabilities of their cutting-edge GPUs, I believe NVIDIA will be the industry leader for graphics and AI workloads.

Potentially, strong demand for NVIDIA’s current products may support growth in new areas for the company. Products that may spark strong, long-term growth include developments with their DPU (Bluefield), CPU (Grace), DRIVE platform, and Omniverse.

With Personal Computer [PC] weakness and softness in European & Chinese markets, there is an expectation for a sequential decline in NVIDIA’s second-largest segment, Gaming. This, along with the ARM acquisition falling through and systematic circumstances, has caused the stock to rerate to a more normalized valuation, in my opinion.

Following the introduction of the GeForce 256 in 1999 and cementing itself as the leader in computer graphics, NVIDIA started diversifying its business after introducing the CUDA [Compute Unified Device Architecture] programming model in 2006. CUDA allowed for parallel processing capabilities of its GPUs and general-purpose computing. Simply put, this architecture was able to accelerate the most demanding HPC [High-Performance Computing] workloads, allowing NVIDIA to serve what is now its four key markets:

As the first mover into graphics computing, NVIDIA has had the upper hand since day one, in my opinion. While chip designers can try and compete with NVIDIA’s hardware in terms of pure processing capability, I believe the competitive edge they have is the CUDA programming tool aimed to optimize their hardware. From simulating molecular dynamics to climate forecasting, NVIDIA GPUs and the attached software integration support thousands of applications, including the top 15 HPC apps. NVIDIA is also responsible for powering over 70% of the world’s supercomputers, including eight out of the ten largest.

Because I believe NVIDIA has a deep moat driving demand specifically towards their products, secular growth will be a key driver for earnings power in my opinion.

With nearly every major AI breakthrough powered by NVIDIA’s products, I believe total industry growth is important to analyze in relation to the company. According to Precedence Research, the global AI market is expected to grow at 38.1% per annum to reach $1.6 trillion by the end of 2030:

Companies are continuously turning to AI to power their future with a recent example from Meta (META). While Meta uses Azure’s cloud, Azure will run their cluster specifically on NVIDIA A100 Tensor Core 80GB GPUs in order to accelerate Meta’s AI research.

Because AI workloads source higher-powered (and more expensive) GPUs than gaming GeForce chips, the company has more room for margin expansion in my opinion. This is because of their ability to mark up prices due to relative computational power and customer quality; customers include enterprises like AWS (AMZN), Azure (MSFT), GCP (GOOG), and Oracle (ORCL). AI is also a diversified area in the sense that it is used by many different industries:

While I believe the industry diversity adds a layer of systematic protection, it potentially allows room for further earnings growth and margin expansion as the CUDA toolkit is added on top for developers to optimize applications specifically for their needs.

I believe Data Center demand and potential Gaming stability will power future growth and innovation within other areas of the company. Areas worthy of highlighting I believe are autonomous driving and The Omniverse.

At some point in the future, I believe autonomous vehicles will become a normal and vital part of our everyday lives. With many companies working to perfect this technology, I believe NVIDIA has shown legitimate progress with full end-to-end AV platforms, an AI cockpit intended to assist human drivers, and comprehensive infotainment solutions. NVIDIA currently partners with 25 EV makers and will power Mercedes Benz’s entire 2024 fleet as well as Jaguar and Land Rover’s 2025 fleets.

One of the ways NVIDIA is able to simulate and test their AV software is within The Omniverse. NVIDIA Omniverse accurately simulates the physical world using photorealistic graphics bringing ‘digital twins’ to life. This allows companies and individuals to build, test, and analyze within a realistic 3D simulated world before ever laying brick. I believe use cases for The Omniverse are virtually endless but specific examples include the following:

My DCF implies a $297 intrinsic value for NVIDIA’s stock price. Using the forecasts from my model through FY ’27 followed by ~15% FCF growth for the next 10 years, ~8% growth for the following 15 years, and 3% terminal growth. I used the weighted average cost of capital calculated at 10.88% for my discount rate.

I believe top line growth and margins are relatively conservative and are not reflecting any major tail-end benefits I had mentioned earlier. I am also projecting a 25% decline in Gaming revenues in FY ’23.

NVIDIA is currently trading almost 50% off highs. With the pullback most likely attributed to the ARM acquisition fallout, lowered Gaming revenue guidance due to geopolitical tension and supply chain risks, as well as tightening monetary policy, the opportunity is starting to show itself for the stock in my opinion. I believe NVIDIA still trades at an elevated P/E of 31x but after guiding lower on the last call, they could be set up nicely to beat and rebound following a 58% rerate in its EPS multiple.

Because I forecasted Gaming revenues down significantly in the next twelve months, I am currently below the street in FY ’23 forecasts. In my opinion, potential alpha in the stock will come over a long-term holding period especially as I believe returns on invested capital will incrementally grow over time:

By integrating their business into many different verticals, I believe NVIDIA is exposed to different competitive risks. Examples include data center operators like AWS, GCP, or Azure developing their own hardware to replace NVIDIA’s product line or Tesla (TSLA) and other car manufacturers using their own GPU, AV AI, and infotainment systems.

In profitable markets, competition will most likely always be evident, and I believe mitigants to competitive risks include NVIDIA’s historical track record of product innovation and the actual programmable architecture behind their cutting-edge chips (see ‘Moat’ section).

With PC shipments globally slowing down last quarter and expecting to stay weak through the year, I believe NVIDIA’s now second-largest segment (Gaming) will be adversely affected.

Risk mitigants, especially for long-term investors, include the fact many of the potential reasons for slowing growth in this segment are temporary. Some reasons include supply chain issues, geopolitical tensions, and a changing demand schedule coming out of COVID. As these risks potentially subside, I believe PC sales will normalize and Gaming revenues will continue to grow for NVIDIA long-term.

NVIDIA is a growth company reliant on many long-duration bets with an elevated P/E ratio relative to the broad market. As the market continues to price in high inflation, discount rates may be forced up adversely affecting intrinsic value calculations as well as valuation multiples.

When looking at buying a stock, I believe it is important to not only understand the numbers but the story driving the company. NVIDIA has expanded its platform to serve new customers in new industries and I believe they are the core of technological advancement in many areas. Today, NVIDIA serves over 3 million developers, 25000 companies, and is available from every major computer maker and cloud provider. I believe NVIDIA is at the forefront of innovation across different industries and may be positioned for sizeable future growth.

In my opinion, a benefit to owning NVIDIA lies within the successful historical innovation and the management still leading today. The company is still led by founder Jen-Hsun Huang who is rewarded with executive compensation packages aimed to drive innovation and growth. Historically, successful management coupled with what I believe is a large growth runway ahead makes NVIDIA an attractive long-term investment. With systematic volatility as heightened as it is, investors still may find a better entry in the foreseeable future.

Alarm Bells Are Ringing For Desktop Metal Stock
How Safe Is Venmo and What Are Its Fees?
Rivian Stock Investors Should Be Cautious and Patient
7 Blue-Chip Stocks to Avoid in a Bear Market
How Do Real Estate Agents Get Paid?