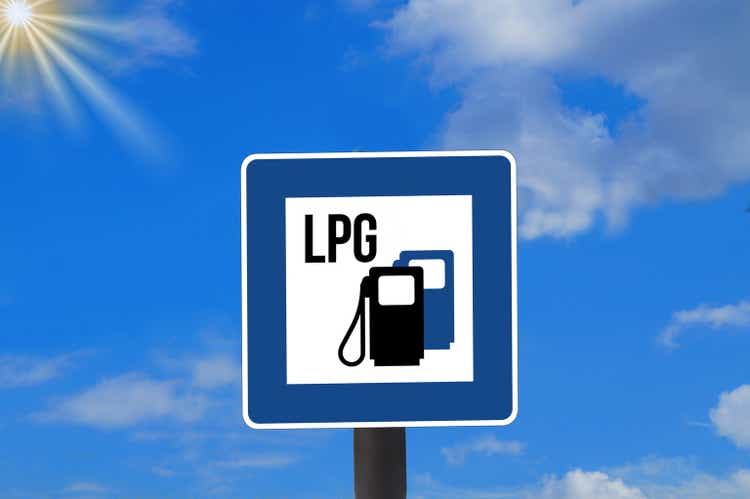 We wrote about StealthGas Inc. (NASDAQ:GASS) in July of last year when we stated that the shipping firm remained significantly undervalued. Shares have tacked on approximately 30% since we penned that piece, and the long-term technical chart is pointing to more gains here. We state this because shares have managed to take out the multi-year downcycle trendline depicted below with conviction, but more importantly, the MACD indicator finally is beginning to enter positive territory. This leads us to believe that if we can gain more traction to the upside here over the near term, shares should have a clear line of sight to the $8 to $9 level before encountering heavy resistance. A stock´s strongest trending moves usually take place from its respective highs (which we have at present) instead of market lows, and with GASS registering multiple weeks of consecutive higher highs on strong volume, there is a strong possibility that shares could go a sustained multi-month bullish move here.

When we look at the company´s first-quarter earnings numbers, it is easy to understand why the market bought the stock in droves. The net profit tally of $7.6 million was one of the best in StealthGas´ history and a ten-fold increase over the same period of 12 months prior. Although sales were not up as much in the quarter, bottom-line profitability primarily witnessed significant gains due to lower operating costs as well as lower depreciation in the quarter due to the decision to run a smaller fleet. Furthermore, what obviously tied into the smaller fleet was the lower interest and finance expense which fell by roughly $700k in the quarter.

Now the million-dollar question is whether this performance can be repeated on a consistent basis. One swallow does not make a Summer and investors who know this industry well will be fully aware of how rates can change on a dime when market conditions change. “Predicting” earnings growth is practically impossible in this industry as can be seen from the company’s volatile return on invested capital over the past few years. This is why we will let the technicals guide us as well as monitor some of StealthGas´major moving averages. Suffice it to say, the market will be looking for bullish trends in the following areas to keep the momentum going.

At the end of the company´s fiscal first quarter, the company reported approximately $70 million of cash on the balance sheet, $30 million of short-term debt, and $270 million of long-term debt. These numbers are a big improvement over the first quarter of last year, for example, prior to the decision to turn StealthGas into a pure-play LPG outfit. In saying this, the market will begin to price in the company´s balloon payments (which begin in 2025) sooner rather than later if demand dries up somewhat over the near term. We state this because StealthGas´ present debt load is more than double the market cap of the company. Suffice it to say, it is critical that costs get managed efficiently if indeed inflation rates remain high for the foreseeable future. StealthGas with its cash flow, balance sheet, and diversified LPG fleet has the capacity to do extremely well but only if trading conditions enable this to take place. The high fixed cost nature of this business means leverage is a two-sided sword, so investors need to be watchful.

Given the technical chart of crude oil below, the commodity looks like it will at least test its 2008 highs before this present up-move loses some of its momentum. The real question is what crude oil will do after the test. We state this because LPG demand for industrial use (all things remaining equal) should increase if crude oil prices continue to trade higher. On the flip side, higher oil prices will obviously influence voyage costs, but we see less downside here versus the demand argument for LPG on the front end.

Variants of Covid-19 are the number 1 risk that could trigger a demand shock for LPG. We already have seen the ramifications of this with China importing 7% less LPG in the first quarter of this year. You span out the above trend to multiple countries or continents and rates will take a hit immediately.

StealthGas with its high fixed costs is not like other industries which have more capability of cutting costs aggressively in times of less demand. In fact, at the end of the first quarter, the shipper had five drydockings pending (excluding JV ships) over the remainder of this fiscal year irrespective of demand in the market. Management has been stringing these drydockings out to hopefully do them in China which is a cheaper alternative over most destinations. Then, on the voyage side concerning pandemics, you have the increased costs with respect to crew changes and crew medical costs. Suffice it to say, the shipper would have to keep delivering all the work it could get but obviously at a significantly reduced margin overall.

For now, at least, the technicals are demonstrating that it will be blue skies for StealthGas going forward at least over the near term. The Ukrainian war has aided rates over the near term but it will be interesting to see how long this will continue. This stock though remains at the mercy of trading conditions so positions should be watched very closely and liquidated if major support were to fail. We look forward to continued coverage.