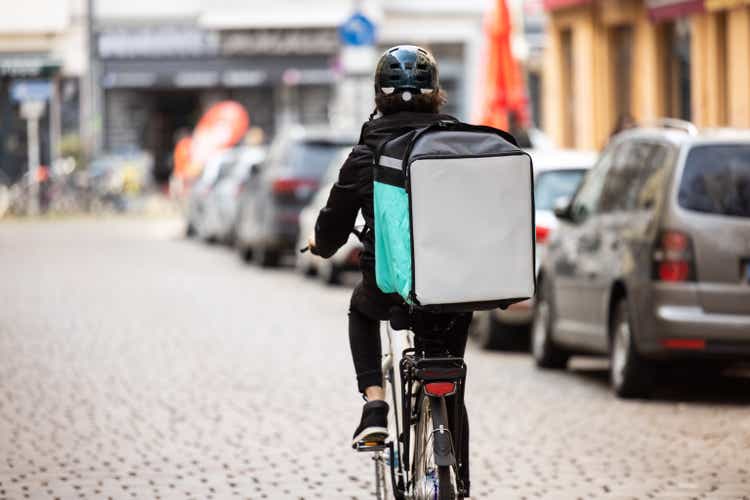 Should you buy Grab (NASDAQ:GRAB), as the stock is down approximately 85% from ATH? Depends: On one hand, you have extremely high growth potential and on the other hand, you have truly scary economics/financials. Thus, investing in Grab is all about speculation, in my opinion. I initiate with a HOLD recommendation and a $2.19/share target price.

Grab Holdings Limited is a major tech/internet company based in Singapore. Grab operates a Super App Platform in SEA connects drivers/merchants and consumers in four major service brackets: 1) food and groceries deliveries, 2) mobility and ride-hailing services, 3) financial services and 4) new initiatives. Grab has presence in Singapore, Philippines, Malaysia, Thailand, Indonesia, Vietnam, Cambodia and Myanmar. Widely considered amongst the world’s highest potential growth assets, Grab was one of the most strongly expected IPOs in 2021 – as the company went public via SPAC and raised $4.5 billion in equity funding.

No profitability vs Strong growth

The challenge in evaluating Grab is given by the tension between extremely high growth potential on one hand and scary economics/financials on the other hand. The question for shareholder is: what side will persevere? Will the company grow to become profitable as Amazon managed to do? Or are Grab’s fundamentals going to break the company? In the past few years the growth narrative prevailed, as funding was cheap and easy. Now, however, the market appears to value profitability, as funding becomes hard and expensive. And so Grab might have a hard time to sustain the company’s operations. Let’s have a look at the growth/potential versus profitability/financials tension in more detail.

If I were to bet on a growth asset, I would look for exposure in South East Asia — a market with approximately 600 million population, accelerating digital penetration and attractive GDP growth. And, Grab is well positioned to capture a large market opportunity in this economy with a leading position in grocery and food delivery (1) and ride-hailing (2) and attractive growth optionality in fintech (3). According to company presentations, Grab management estimates the company’s addressable market at $250 billion.

Grab’s technology-centric super-app strategy enables the company to cross-sell on multiple growth verticals and tap in virtuous tailwinds from network effects. As of 2021, Grab had 72% market share of the region’s ride-hailing market. In addition, the market holds a 50% market share in food and grocery delivery. While the company’s fintech operations are still in early stages, Grab managed to obtain a digital banking license in Malaysia, Indonesia and Singapore.

In 2021, Grab recorded revenues of $675 million and lost scary -$3.5 billion attributable to shareholders, or -$0.95/share. However, $1.99 billion of this loss were due to non-operating loss (finance-costs). That said, cash from operations was a little more comforting at negative $1 billion – but still a danger signal. My personal takeaway is that Grab currently finances loss-making operations with significant funding costs (be it equity or debt). And as the market is turning cautious with giving funding to growth companies, this might not only pressure Grab’s operations, but also the company’s future—if funding freezes for too long.

On the positive site, Grab’s balance sheet looks solid and could sustain a few more years of considerable losses and growth investing. As of Q1 2022, Grab records. $7.5 billion in cash and cash equivalents and $2.34 of total debt. Moreover, the company’s asset quality looks solid, with only $675 million of intangibles and no significant position in inventories or accounts receivable. Moreover, Grab records no significant mark-to-market investments and derivatives that could hurt investors on a re-valuation.

How analysts see it

In general, analysts are quite bullish on Grab, with a consensus target price of $4.74/share – indicating approximately 70% upside. According to the Bloomberg Terminal, as of June 2022, analyst see Grab’s revenues in 2025 at $4.55 billion. This would equal a 3-year CAGR of approximately 30%, from 2022 to 2025. Moreover, the company is expected to break-even in the same year, recording EBITDA of $450 million and a net-income attributable to shareholders of $0.11/share.

While it is difficult to value Grab – especially since the company’s operations need to be projected for multiple years into the future, I would like to draft a multiples valuation to give investors and readers an anchor for their decision-making. Specifically, I would suggest using a x20 EV/EBITDA multiple, anchored on Grab’s 2025 financial numbers and discounted back to 2020. This multiple is in line with Amazon’s trading price. That said, based on a $450 million EBITDA and a 10% WACC, I calculate a 2022 enterprise value of $6.7 billion and an equity value of $8.4 billion, or $2.19/share. Please note, however, that this model should only be taken as a very rough reference.

In my opinion, Grab is high-risk/high-reward. If the company manages to capture the large market in SEA, then stock valuation could possibly surpass $100 billion. If, however, Grab cannot sustain operations due to non-existent profitability — paired with frozen capital markets — the stock could still go much lower. I initiate with a HOLD recommendation and a $2.19/share target price.

Can a Takeover Save Roku Stock?
Stocks making the biggest moves premarket: Winnebago, La-Z-Boy, Revlon and others
BASF A Potential Loser And Dow A Likely Winner In This Geopolitical Turbulence
Athira Pharma: The Market Is Missing A Potential New Alzheimer’s Drug
GameStop Is the One Meme Stock to Avoid at the Moment