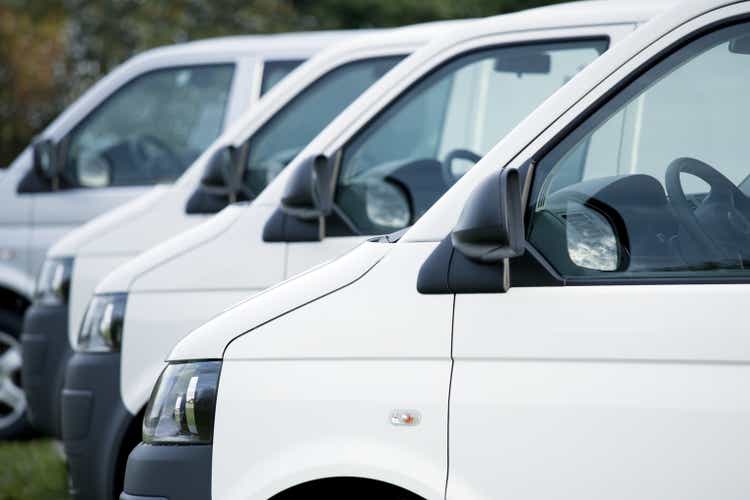 In its journey to prevent delisting by Nasdaq because its shares traded under $1, Cenntro’s (NASDAQ:CENN) predecessor Naked Brand pursued 2021’s greatest trend. This would see commercial EV upstart Cenntro essentially go public on the back of a failed meme stock at the brink of moving to the pink sheets. The intimate apparel and swimwear company then managed to raise millions through direct public offerings as speculative retail traders on Reddit became extremely bullish on heavily shorted stocks. The all-stock deal would see New Jersey-based Cenntro become public with an enterprise at just under $1.7 billion.

2021 was phenomenal for EV companies and Cenntro’s sketchy public beginning helped cap this off. The SPAC market boom has since collapsed, bringing down peers like Electric Last Mile (ELMS), Canoo (GOEV), and Lion Electric (LEV). The party has all but ended with ELMS becoming one of the first of what’s likely to be many such companies to stop being a going concern. I think Cenntro is unlikely to share this fate in the near term due to its large cash balance, ramping revenue, and lower cash burn. Its management team has also shown more competency with a string of achievements and partnerships signed in the months since it became a public company.

There is a long-term structural shift in transportation happening as ICE vehicles are replaced with EV alternatives. This will create substantial tailwinds over the next decade, and Cenntro does stand to benefit from this. The company hasn’t yet released earnings for its fiscal 2022 first quarter, so current metrics to analyse financial performance are pulled from its full-year 2021 results. The year saw the company realize revenue of $8.58 million, up 57.1% year-over-year as commercial vehicles sold increased to 918 units. This was an increase from 707 units in 2020 and came on the back of a record production of 1,623 EVs during the year. In December alone, 628 EVs were produced and shipped. The company also saw a 205% increase in net revenue from spare parts and service sales.

The company ended the year with cash and equivalents of $261.1 million which looks substantial against a cash burn of $22.3 million. Of course, this assumes that current negative operational cash flows and Capex remain relatively constant. Indeed, the company’s target of 21,500 vehicles delivered in 2022, rising to 74,800 in 2022 should see Capex increase in the quarters ahead. With zero debt and with its market capitalization current at $514.67 million, the company’s cash balance pulls down its enterprise value to $253.57 million. Assuming Cenntro only manages to achieve half of its 2022 vehicle sales target, this would see revenue of around $250 million. Paying almost 1x current year revenue for a still-growing EV company seems like an appropriate margin of safety.

However, the wholesale discounting of growth companies that we have seen over the last few months as the stock market crashed shows no sign of abating in the near term. This risk is especially heightened when the spectre of a recession and further interest rate hikes are all but certain. It’s important to note that Cenntro’s main manufacturing facility is based in China, similar to ELMS and Ayro (AYRO). The company then ships semi-completed vehicles to its US plants for assembly and delivery. This operational setup exposes Cenntro to a level of supply chain risk and import tariffs than it would have had production been onshored. It also means its vehicles will not be eligible for the continually expanding list of federal support schemes.

The Coming Wave Of Electrification

Cenntro faces an uphill battle to gain legitimacy in the eyes of prospective EV investors already burnt by a number of poor-quality EV SPAC listings that are already going bankrupt. The electrification of commercial EV fleets presents a niche being driven by large companies looking to decarbonise their operational footprint with zero-emission vehicles.

This difference, of course, means Cenntro is not as sexy, but it does mean the company remains in a market that is set to ride the wave of electrification sweeping across North America and Europe. The company’s strong cash position is also positive as liquidity conditions dry up to leave companies without an adequate buffer facing the very real prospect of bankruptcy. It fundamentally places Cenntro in a position to weather a storm that has already swept away a peer company with more set to follow.

7 Bargain Income Stocks to Buy and Hold Forever
The Smartest Way to Play the Autonomous Vehicle Boom
Stocks making the biggest moves premarket: Winnebago, La-Z-Boy, Revlon and others
Rivian Contrarians Now Have Goal Posts to Guide Them
7 Meme Coins to Avoid no Matter What Your Friends Say