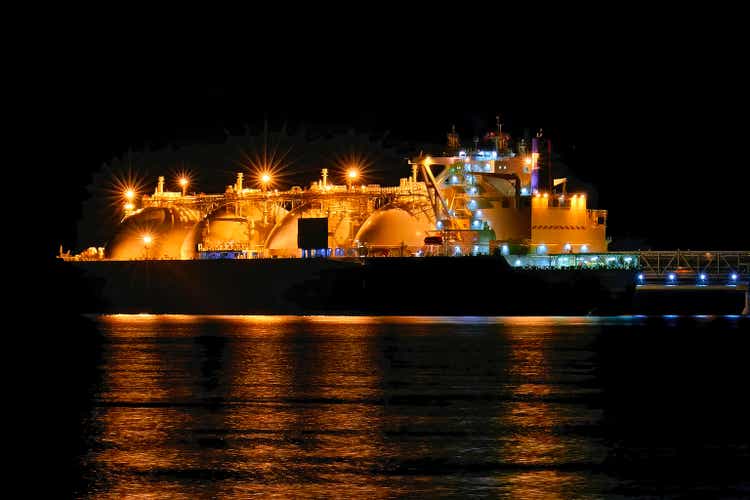 The oil and gas shipping industry is still faced with challenges. Port congestion, geopolitical disturbances, and inflation are some of these. Even so, it appears to cope with external pressures as borders continue to reopen. Tsakos Energy Navigation Limited (NYSE:TNP) may find new opportunities as the demand for energy commodities and tankers surges. Amidst this global backdrop, it continues to capitalize on fleet modernization and expansion. It may offer more growth potential, allowing it to speed up its rebound. Meanwhile, the stock price is in a steep downtrend, making it a good bargain for many investors.

The last two years have been challenging for Tsakos Energy Navigation Limited. In the second half of 2020, it appeared that the demand for energy sources had passed its apex. Business leaders thought it would take more time to rebound if it was still possible. In turn, oil and gas tankers were adversely impacted by the troughs in demand and prices. The restricted transport of products due to restrictions and geopolitical tensions burdened it more.

But in just over a year, this pessimistic outlook seemed premature. The industry is now geared towards another uptrend. As such, the trend is another crest-to-trough-to-crest cycle. The same thing logic applies to TNP which also shows a slight rebound from its previous performance. The oil demand is set to exceed pre-pandemic levels, putting more pressure on drillers and transporters. Thankfully, TNP is nowhere far from the market trends. In its most recent report, its capacity utilization is 96.1% vs 91.1% in 4Q 2020. It shows that the demand and supply of oil and gas it transports are rebounding. Hence, the continued modernization of fleets and expansion of its operations are timely.

Its operating revenue of $139.13 is a 5.3% year-over-year growth from 4Q 2020. It shows a gradual recovery since its downturn in the second half of 2020. Also, note that 1Q and 4Q are the typical highs for the company also shown by its revenues. Indeed, the somber mood that has gripped its operations in the last year is turning into sprinkles of hope. But of course, inflationary pressures continue to intensify. Even so, the company shows its efficient asset management, keeping its expenses stable. Also, its non-core operations are more viable. If we exclude the impairment charges, the core operations for the quarter will remain viable, given the EBITDA Margin of 0.22. Its net operating cash flow of $16.64 million is higher than in both 4Q 2020 and 1Q 2021. It shows that the adjustments in its core operations lead to more cash inflows. Given this, the company proves its continued rebound, allowing it to sustain and expand its operations.

Moreover, it speeds up the modernization and expansion of its fleet capacity. Earlier this year, it has already started its move with the order of four feedermaxes. All of these are dual-fuel and LNG powered. TNP is known to concentrate more on time-charter than spot markets. Currently, the majority of its fleets are time-chartered. Daily Time Charter Equivalent or TCE amounts to $16,891, which is 8% larger than the previous quarter. There is no further news yet as the company is yet to release its 1Q Report. But in the first table below, it is evident that its TCE has exceeded the average of spot TCEs. In the second table, we can see the average time-charter TCEs. Its current rates are far lower than the market average except for its Suezmax with $22,907 TCE.

More importantly, its LNG, which is still relatively young, may stimulate its performance. It plays a more vital role as the geopolitical tension in the Eastern part of Europe ensues. We have to note that most parts of the region heavily rely on natural gas from Russia. Amidst the war, there is a large gap that requires substitutes. That is why it now has more opportunities for the US to supply LNG. The same is true for Tsakos, which continues to see an upsurge in its demand and rates. It enjoys solid oil market fundamentals in Europe. As such, the increase in rates for its oil and gas tankers remains reasonable. It may also keep up with the massive increase in the estimated market TCEs as shown in the second table. Once the old TC contract expires, it may further increase its rates so growth may speed up.

Relative to its competitors, Tsakos shows a similar trend. It holds a market share of 8.4%, which is way higher than 7.2 % in the comparative quarter. Some notable peers of its size include Ardmore (ASC) and NGL (NGL). Meanwhile, revenue growth is reasonable compared to the market average. As such, it is still one of the primary figures in the industry.

This year, we expect more enticing growth prospects. Zacks estimates sales to be as high as $588 million. My estimation is lower but also shows a potential increase of $552 million. It is in line with the average growth in recent years and the quarterly values. I believe it is a conservative estimation, given the inflationary pressures. But of course, it may still exceed our expectations, given the opportunities, especially in Europe. Its expansion may become another primary growth driver.

How Tsakos Energy Navigation May Sustain Its Growth

Tsakos Energy Navigation Limited shows a more enticing outlook, given its continued rebound. It may still be gradual due to various factors. Yet, the opportunities it sees amidst the war in Ukraine lead to a larger market. It also gets the ability to raise its rates, which are still lower than the recent TCE estimates. Many recent studies convey a 3.5%-5.6% increase in demand for tankers. More estimations show that the demand for crude oil per day may rebound to 99-104 million barrels. It is still logical, given the shift from Russian oil and gas to other suppliers as the demand increases. Meanwhile, Asia starts to increase its imports.

Even better, the expansion and modernization of its fleets are timely and relevant. A few days ago, it received the fourth DP2 shuttle tanker it ordered earlier this year. Also, it plans to expand its LNG tanker fleet further. In fact, it has a new LNG tanker order, which is under construction aside from the three existing LNG carriers. It may also eye on M&As, which are in line with its target. Currently, it has a diversified 72-vessel fleet delivering energy commodities in the market.

Moreover, debt reduction is integral to its strategies. From 2016 to 2021, the reduction continued although the decrease rate varied. At $1.37 billion, borrowings are already lower by over 20% than in 2016. It is also lower than 12% in 2020, which shows that debt reduction has sped up in the last year. The combination of expansion and debt reduction is a good strategy to sustain growth. As you can see, cash levels are lower as the company expands and repays its borrowings. The modernization, expansion, efficient asset and financial leverage management are vital to its success.

The stock price of Tsakos Energy Navigation Limited has been in a sharp downtrend in the last month. It may suggest that it has already reached its resistance. At $8.65, it has already been cut by 33% from its peak price. It is also way lower than pre-pandemic levels, showing it is at a good bargain. With its P/B Ratio of 0.16, the price shows potential undervaluation. The value remains low at 0.18 even if we use PTBV, given that it is capital-intensive. It also has the lowest ratio among its close peers.

With regards to dividends, the company may not be consistent. But, it plans to pay $0.10 per share. To be honest, owning preferred shares may be more interesting, given the dividends per share of $0.58. It is way higher and more consistent than ordinary dividend payments. To assess the price better, we may use the DCF Model

The two models affirm the potential undervaluation. There may be an upside of 15-26% in the next 12-24 months. As such, the price is a good entry point.

Tsakos Energy Navigation Limited is on its way to a strong rebound. It remains sustainable, given its continued expansion, modernization, and borrowing reduction strategies. Growth prospects are enticing as the oil and gas tanker demand increases. But, the stock price does not adhere to the sound fundamentals, giving a good bargain. The recommendation is that Tsakos Energy Navigation Limited is a buy.

7 Blue-Chip Stocks to Avoid in a Bear Market
4 Overvalued Stocks to Sell in This Bear Market
Quantum Computing Could Solve the World’s Energy Crisis
Flywire: A Growth Asset With Upside Potential – Despite The Valuation
Occidental Petroleum Stock Rallies Are Opportunities to Exit