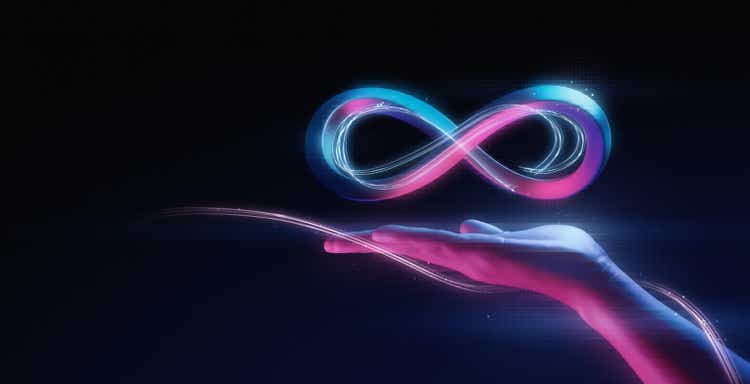 Meta Platforms, Inc. (NASDAQ:META) (former Facebook) has seen its share price drop more than 50% from the company’s 2021 peak. The company now has a market capitalization of less than $500 billion after closing above a $1 trillion market cap for the first time roughly 1 year ago. That fall has been primarily due to both weakness in its core business along with increased capital spending on the “Meta verse.”

However, as we’ll see throughout this article, Meta has realized its mistake, and can now drive substantial shareholder returns.

Since the company’s last earnings announcement, Meta has made several changes to its business.

It’s worth noting that the company’s guidance has 2022 as a transition year but sees continued outperformance from that point. The company’s willingness to step back from capital spending and growth ambitions on the basis of a market reaction shows both the strength of the company’s core business and its willingness to manage investing into new businesses.

Meta generated almost $28 billion in 1Q 2022 revenue, an almost 10% YoY increase. The company’s complete 2021 revenue was roughly $117 billion, and we expect that 2022 revenue will be that. The company’s total income from operations was $36 billion, with operating margins averaging roughly 40% throughout 2021.

In 1Q 2022, the company’s income from operations declined as margins dropped to 31% and Reality Lab’s operating loss increased by more than $1 billion from the year-ago quarter, combined with weakening income from the family of apps. However, we see this transition year as temporary for the company.

Meta’s expenses have ramped up, but we expect that increase to slow down in upcoming years.

Given the 70% share of expenses, any decline in expenses will cause a much larger increase in profit. That shows the company’s ability to grow earnings.

Meta has impressive earnings and the company has been looking to buy back shares. Meta has $10s of billions of net cash and repurchased a record of almost $45 billion of stock in 2021. The company repurchased almost $10 billion of shares in 1Q 2022 and has roughly $30 billion in remaining authorization, although the company can expand that.

More importantly, we see this as the company’s “Apple moment” when investors are worried the company is a one-trick pony, and the company uses share weakness to drive a new program of shareholder returns.

The largest risk to our thesis is competition. Snapchat (SNAP) and Pinterest (PINS) were both touted as major competitors, but that has been delayed. Instagram, WhatsApp, and Messenger have continued to perform well. However, TikTok has also taken the world by storm, and new competition will arise. The continued dominance of the company’s assets is essential to the company’s future returns.

Meta once was on a path to spend $10s of billions in losses on Reality Labs, building Mark Zuckerberg’s vision of the future as fast as possible and with substantial cost. However, after the market’s reaction caused a more than 50% market capitalization drop, the company has scaled back its plans substantially.

That scale back means that we expect the company’s earnings to increase with 2022 as more of a transition year. That increase in earnings will enable substantial shareholder returns, helping to generate strong returns for investors in Meta. The company can also undergo strong share buybacks to drive additional returns.