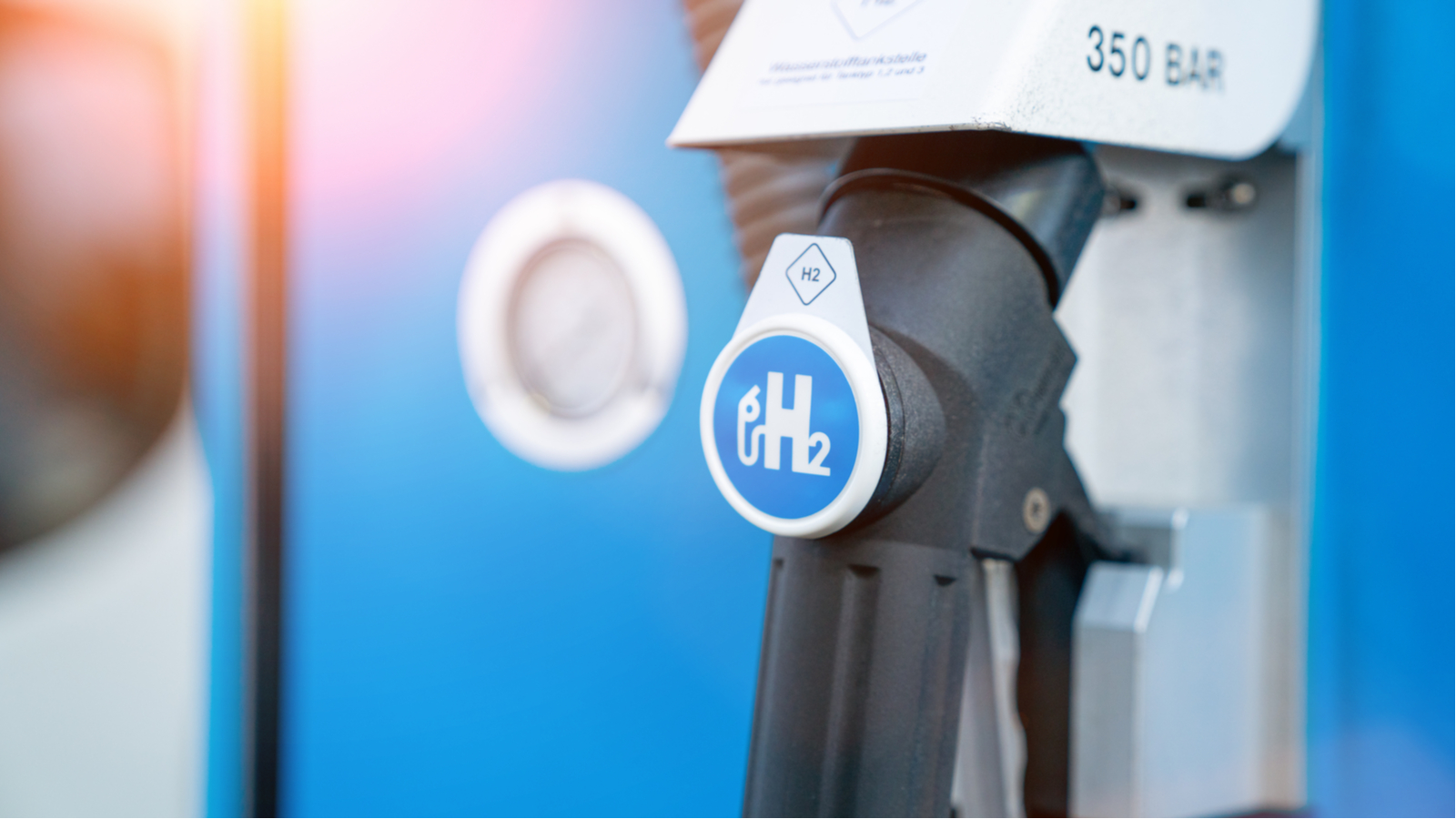 Throughout the 1900s, oil made some people fortunes. But now those who made fortunes in oil last century will make even more by betting on an “oil killer” — and that’s hydrogen.

Shell (NYSE:SHEL), BP (NYSE:BP), Chevron (NYSE:CVX) and TotalEnergies (NYSE:TTE) all created multi-hundred-billion-dollar empires as oil became the modern economy’s centerpiece. But now even they are preparing for a much different future. 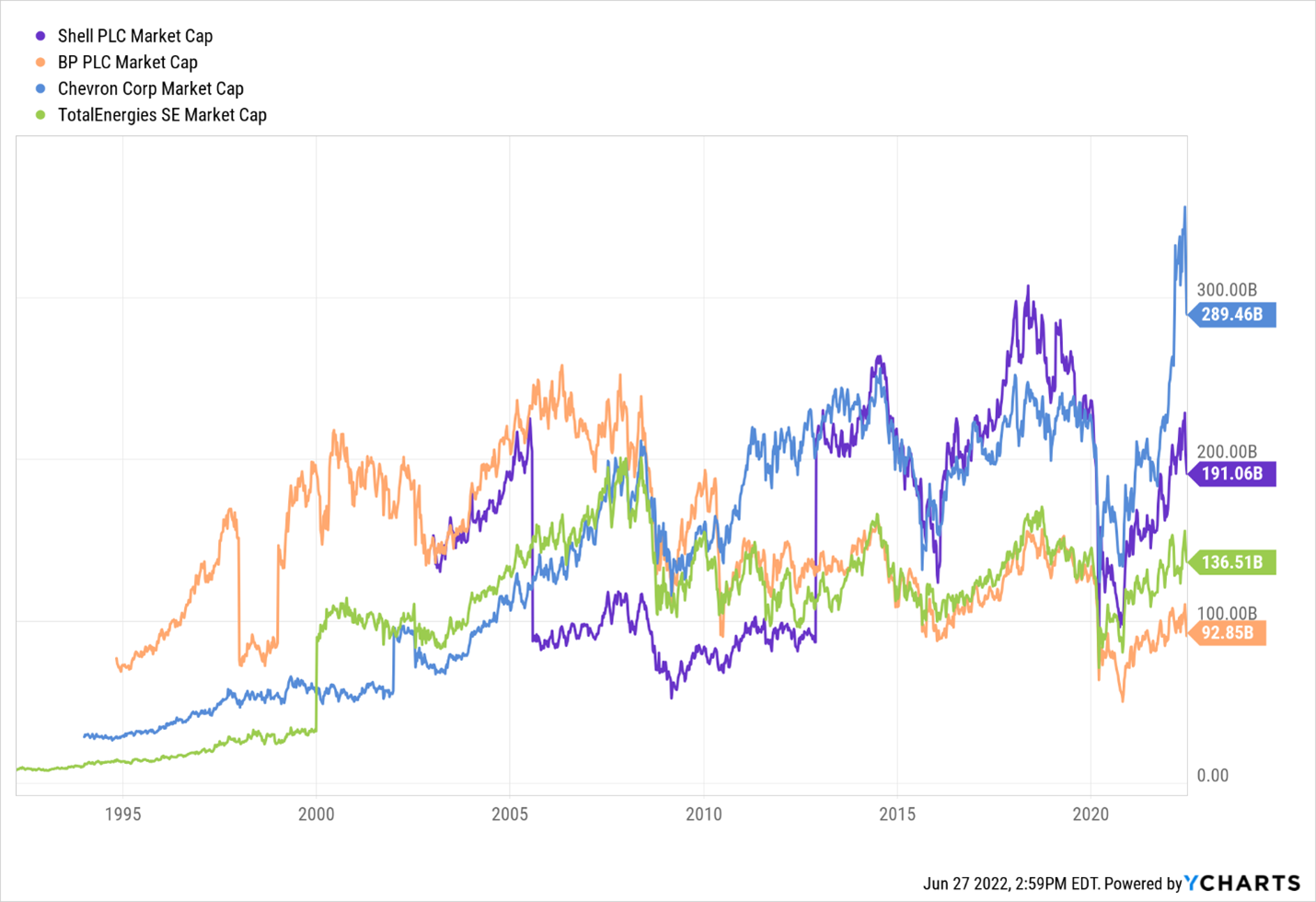 They’re betting big that it will replace oil as the future of energy.

The Dawn of a New Energy Economy

Before we go any further, let me state that, yes, I’m well aware of hydrogen’s back story.

It’s been touted as a viable clean energy source since the 1970s. Yet, since then, its power still hasn’t been harnessed. The past 50 years in the Hydrogen Economy have been characterized by little more than a series of false starts.

Hydrogen is about to have its “moment,” and Big Oil recognizes this.

Thanks to the European war that has broken global supply chains, we sit amid a global energy crisis.

Fossil fuels won’t fix it. There simply isn’t enough to go around, which is resulting in sky-high prices. 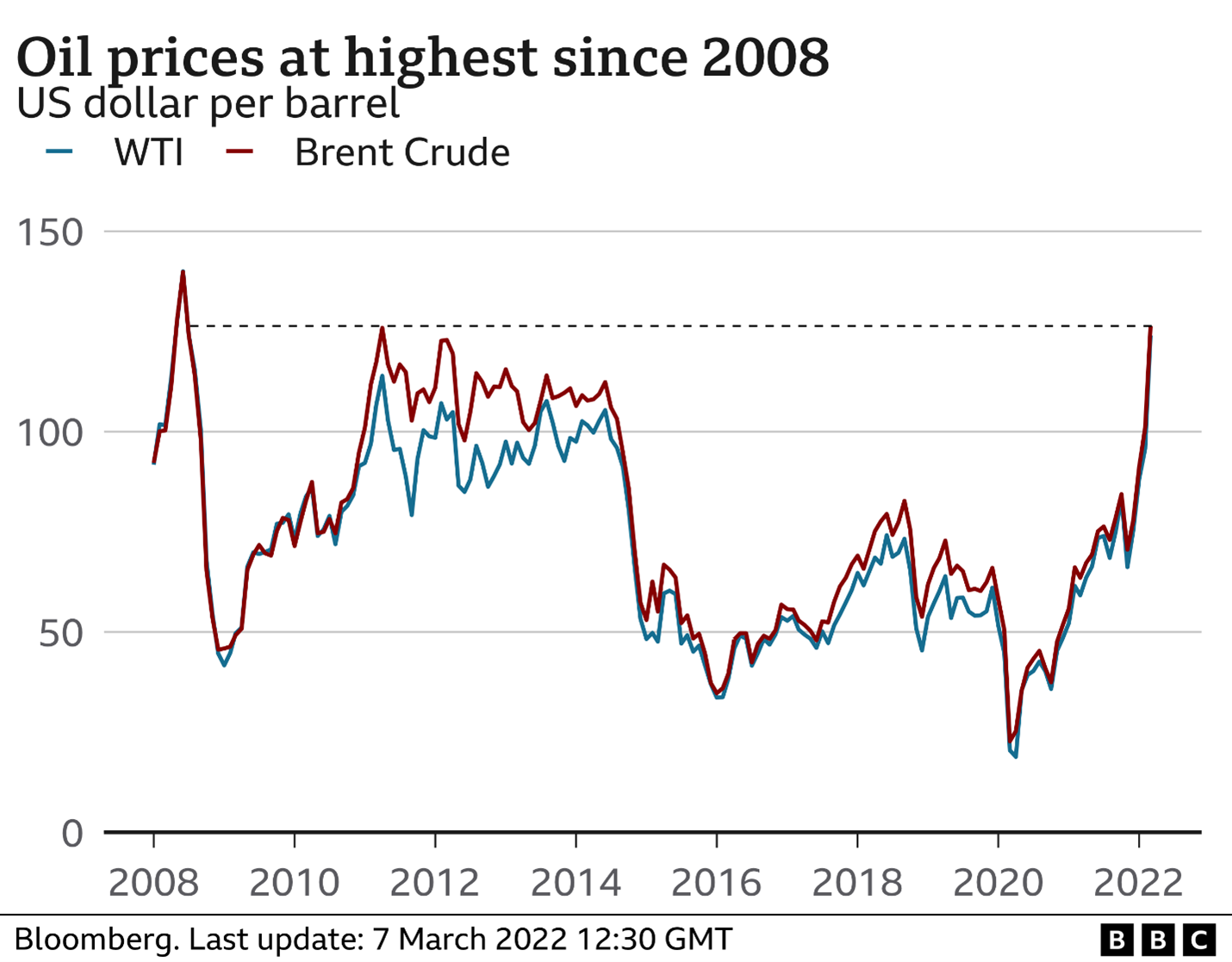 Wind won’t solve it, either. Wind turbines’ efficacy is too low.

So… what will fix today’s energy crisis?

Hydrogen — and to understand why, we need to revisit Chemistry 101.

For a moment, recall the periodic table.

Hydrogen is the lightest element in the universe. You can fit a lot more of its atoms into a finite space. As a result, a hydrogen power source will be infinitely more energy-dense than a power source made with anything else. 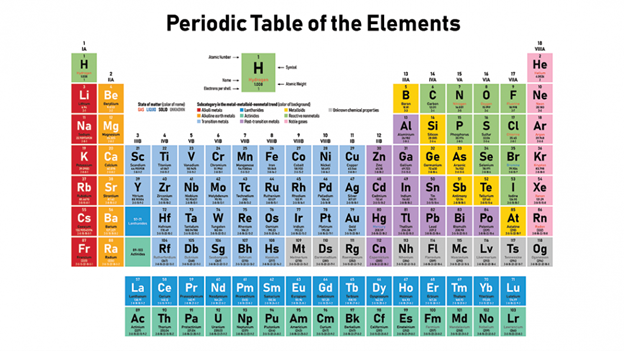 That has enormous implications. Energy density defines an energy source.

Indeed, you could say energy density determines everything!

But energy density is only one of hydrogen’s major value propositions.

Another? Hydrogen essentially has infinite abundance. So long as we have water — two hydrogen atoms and one oxygen atom — we’ll have hydrogen power. Over 70% of Earth is covered in water. There will never be a shortage of its potential energy.

And unlike other alternative energy sources, such as solar and wind, hydrogen is storable, packageable and transportable.

Hydrogen can be produced via electrolysis at giant factories. And subsequently, it can be:

No wonder Big Oil is growing so keen on hydrogen…

The oil majors have recently made it very clear that they’re betting big on hydrogen as the future of energy.

BP is leading a $36 billion green hydrogen project in Australia. TotalEnergies has joined a venture that plans to invest up to $50 billion in green hydrogen over the next decade.

Chevron has committed to spending billions of its own dollars on hydrogen research and production. Shell has started to produce hydrogen at a plant in Germany and plans to expand capacity.

Big Oil has spoken. Hydrogen is oil’s “second act,” if you will.

To that end, we’re convinced H stocks will be some of the best-performing stocks of the 2020s.

Now, the astute investor will be asking at this point: Why now?

After all, the periodic table hasn’t changed over the past 50 years. So, what has changed that will allow hydrogen to take over in the 2020s?

The Hydrogen Economy Is at a “Tipping Point”

We believe that the stars have finally aligned, and the Hydrogen Economy will “tip” into hypergrowth mode this year.

The elephant in the room, of course, is Russia’s invasion of Ukraine. This has sent oil and natural gas prices to nearly unaffordable levels. Yet, solar and wind aren’t quite there in terms of capacity and efficiency. They can’t help the world to fully break away from its fossil fuel dependence.

So, in steps hydrogen as the “jack-of-all-trades” energy source that’s simultaneously clean and cheap. And it’s also powerful and plentiful enough to fulfill the world’s energy demand.

The geopolitical backdrop has never been more favorable than it is today for hydrogen.

At the same time, its costs have plummeted, too. With advanced tech and economies of scale, hydrogen fuel cells costs have dropped 60% over the past 10 years. Deloitte expects these costs to drop below electric battery and combustion engine costs within a few years. 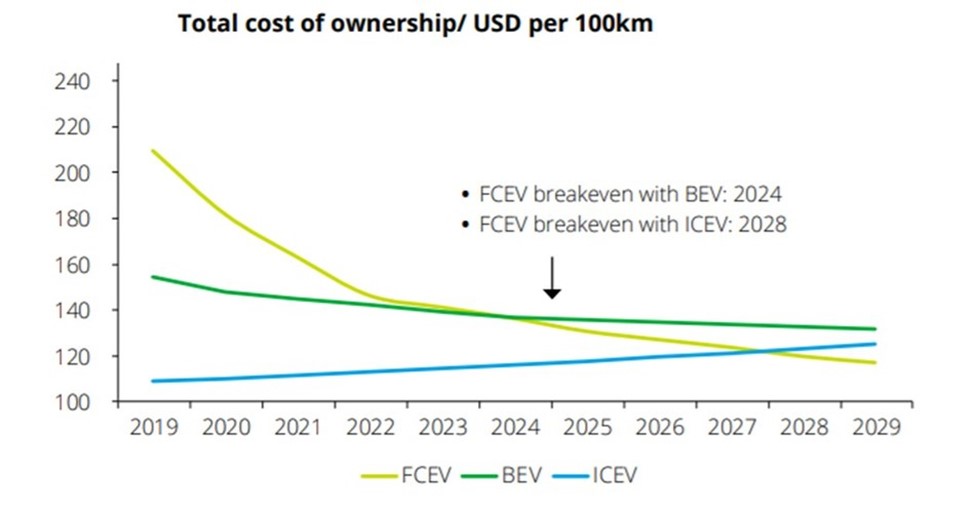 The tech has dramatically improved. Technological breakthroughs and falling renewable energy costs have led to a new era of scalable “Green Hydrogen” production. Now it can be produced from renewable energy sources, like solar and wind, cost-effectively. It’s no longer reliant on natural gas, which was historically used to produce most hydrogen.

Hydrogen Is Heading for a Renaissance

In other words, while the periodic table hasn’t changed over the past 50 years, everything else has. And for first time, all the growth drivers for hydrogen have shown up at the same time.

“[In the past] there was a policy missing, or the technology wasn’t quite ready, or people were not so serious about decarbonization. We don’t see those barriers anymore.”

With those hurdles removed, the Hydrogen Economy will tip into its long overdue renaissance in the 2020s. And this will create what Morgan Stanley (NYSE:MS) sees as an $11 TRILLION hydrogen market in the coming decades.

The hydrogen’s history as a viable clean energy source is riddled with empty promises and broken dreams.

But this time is different. Finally, hydrogen is ready to reshape the world’s energy landscape with ultra-affordable, energy-dense, reliable and transportable clean energy. It’s emerging when every country in the world looks to achieve energy independence. And consequently, it’s the only energy source that’s able to do so in a cost-effective way.

The Final Word on Hydrogen

Investors who bet early on this revolution will win big. In our Innovation Investor portfolio, we’re betting big on hydrogen.

But that’s not all…

We’re also betting big on batteries to help redefine the world’s energy industry over the next decade.

That’s because batteries are the perfect complement to hydrogen. Where hydrogen thrives, batteries flop. Where it flops, batteries thrive. The two will work together over the next 10 years to completely reshape how the world is powered.

This is the start of a massive Energy Transition.

And everyone knows it — even the world’s largest company, Apple (NASDAQ:AAPL).

That’s why the creator of the iPhone, the iPad, the Mac and the Apple Watch isn’t sitting on the sidelines. Instead, Apple is making a move into the Energy Transition via the launch of its very own EV.

Given its previous successes, we’re convinced the Apple Car will be a huge hit.

We’re even more convinced that the companies that supply its critical components will make small fortunes for their investors.

We’ve identified one such critical parts supplier, and its stock is only trading for $3.

So… what’re you waiting for?

I just put together a presentation about the Energy Transition. In it, I talk all about Apple’s next big product launch and the tiny supplier stock that could soar 40X as the Apple Car takes over the world.