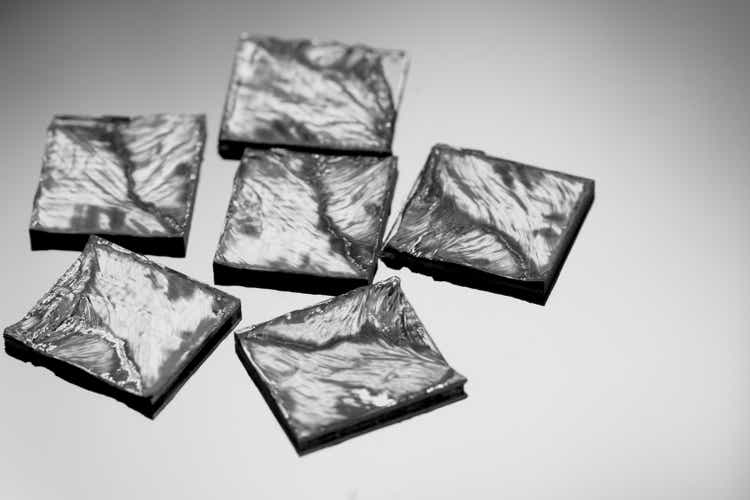 We highlighted in our previous update urging investors not to get overly excited about adding Daqo New Energy Corp.’s (NYSE:DQ) at those levels in August. We assessed that the market had already de-rated DQ, as it failed to gain buying momentum, even though it seems to be very “cheap.”

Therefore, we believe the market has been pricing in the downcycle for DQ in anticipation of further weakness in FY23-24, exacerbated by worsening macroeconomic headwinds leading to a global recession.

Accordingly, DQ has underperformed the broad market since our previous update, down nearly 20%. We believe the battering is justified to de-risk its execution through the downcycle and improve its potential for future outperformance.

Our analysis suggests that the consensus estimates (bullish) have marked down Daqo’s growth projections further through FY24.

Notwithstanding, we believe its current valuations have gotten us more excited, supported by Daqo’s massive net cash balance of nearly $3.3B, resulting in a TTM P/TBV of 0.94x.

We assessed that DQ could find robust support at the current levels, despite the possibility of further near-term downside volatility. We also don’t expect DQ to fall and break decisively below its May lows. Therefore, investors should consider leveraging the current pullback to add more positions, layering in over time.

As such, we revise our rating on DQ from Hold to Buy.

There’s little doubt that solar power is still expected to be China’s leading renewable energy source, ahead of other sources such as wind in its energy transition. Its costs have improved further, coupled with higher efficiencies, spurring the adoption of solar panels ahead of wind turbines.

BloombergNEF sees tremendous long-term potential for solar panels in China, as it accentuated in a recent commentary:

[China] will have more capacity from panels than turbines on an annual basis for the first time by the end of this year. It’s unlikely solar will relinquish that lead. Driven by a supply chain that has slashed costs and boosted efficiency while massively increasing the amount of panels it can produce, the technology is now the cheapest energy option in many places. In terms of capacity, solar overtook wind globally in 2019 and is expected to be twice as large by 2030.

Notwithstanding, given China’s economic malaise, we believe it could get increasingly challenging to sustain Daqo’s massive growth in polysilicon prices it experienced over the past year. In our previous article, we also highlighted that the company expected prices to moderate.

Furthermore, the Chinese government is increasingly concerned with escalating prices, which should significantly dent the industry’s growth momentum in the near term. Bloomberg reported in late August:

Three central government agencies asked local authorities to ‘rigorously crack down’ on illegal actions in the solar industry such as price gouging and monopolistic behavior, according to a notice jointly issued by the Ministry of Industry and Information Technology, State Administration for Market Regulation, and National Energy Administration.

Therefore, we believe investors need to expect a significant period of normalization moving ahead, as the situation had attracted the attention of the central government.

Even the bullish Street consensus is not confident that Daqo could sustain its growth cadence over the past two years. Notably, Daqo’s revenue and adjusted EBTIDA growth are expected to roll over into negative territory, hampered by highly challenging comps, and expected industry growth normalization.

As a result, Daqo’s margins profile is also expected to fall significantly through FY24. Accordingly, we believe the market has been anticipating these headwinds, leading to the battering seen in its stock recently. Hence, we believe the weakness is justified.

DQ last traded at an NTM EBITDA multiple of 0.8x, well below its 10Y mean. However, we believe the market has justifiably de-rated DQ, as it anticipates a significant moderation in its revenue and profitability growth profile moving ahead.

Therefore, investors are urged to look beyond the NTM to assess the market’s intentions, despite its seemingly “cheap” valuations.

As seen above, DQ’s FY24 EBITDA multiple of 1.16x is expected to be much higher than its NTM metric of 0.83x. However, we believe the consensus estimates may not have factored in a more significant moderation of its growth profile.

As a result, we applied appropriate discounts to the consensus estimates to reflect our assessment of a worsening macro climate. China’s ability to boost its economy through monetary easing in H2 has also been hampered, given the Fed’s aggressive rate hikes, leading to record capital outflows. In addition, the World Bank also issued an anemic forecast for China recently, revising its GDP growth estimates down to 2.8%, much lower than the central government’s initial target of 5.5% growth.

As such, we believe further cuts to Daqo’s profitability estimates are justified. Accordingly, it would lift DQ’s EBITDA multiples much further, with FY24’s multiple rising to 1.65x, but still well below its 10Y mean.

However, Daqo’s massive cash hoard of nearly $3.3B will likely mitigate the downward headwinds as its P/TBV nears 0.94x. Moreover, it’s lower than its March 2020 COVID bottom of 1.15x and the lows of 1x seen in November 2019. Hence, DQ could see robust valuation support at the current levels.

While the digestion from its early 2021 highs is justified (rapid upward momentum spikes are often unsustainable), we believe its March 2022 lows should hold robustly.

The surge leading to its August highs also appears to be undergoing digestion. Therefore, investors should expect near-term downside volatility as DQ attempts to base. Notably, we urge investors to avoid adding on momentum spikes. Instead, they should patiently wait for pullbacks into more favorable valuation zones, supported by constructive basing price action.

Notwithstanding, more conservative investors can wait patiently for DQ to base first before pulling the buy trigger. However, we are confident that the current levels are attractive enough to revise our rating on DQ from Hold to Buy.