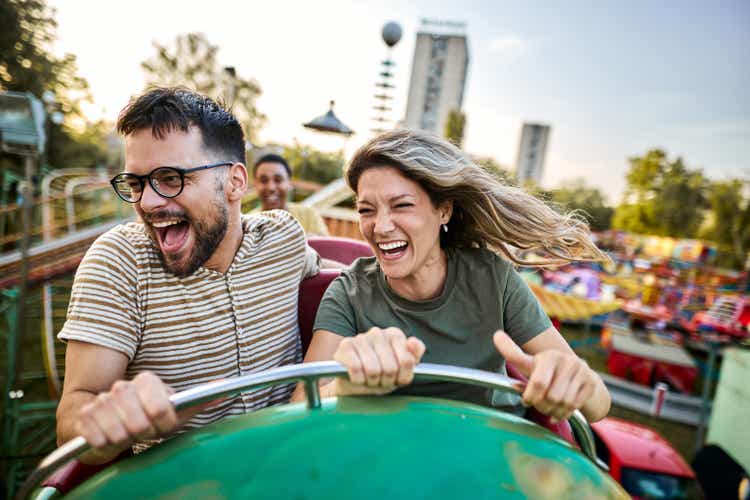 When it comes to theme park operators, there aren’t exactly a large number of prospects for investors to consider. But one company that does warrant attention is Cedar Fair (NYSE:FUN), a major regional amusement park operator with both traditional theme park assets and water park facilities. Recently, shares of the company have not been treated exactly well, with the stock falling more than twice as much as the broader market declined since I last wrote about it in June of this year. To be fair, there is some ambiguity regarding how performance will look moving forward. But based on the data we have today, shares of the company look attractively priced. This is true on both an absolute basis and relative to other similar pure-play theme park operators. Given these considerations, as well as some key initiatives that management has worked toward, I do think that the company still warrants the ‘buy’ rating that I assigned it previously.

Not a fun ride

As I mentioned already, back in June of this year, I wrote an article that took a rather bullish stance on Cedar Fair. In that article, I talked about how well the company had performed after bottoming out during the COVID-19 pandemic. I found myself particularly impressed with the company’s pricing power and how quickly it was able to ramp up attendance even at a time when people were still cautious about COVID-19. These positive thoughts were magnified by how cheap shares were, leading me to keep the firm rated a solid ‘buy’, reflecting my belief at that time that its stock would likely outperform the broader market for the foreseeable future. Sadly, we have seen a bit of a bumpy ride since then. While the S&P 500 has dropped by 3.3%, shares of Cedar Fair have declined by 6.8%.

You would think that this return disparity would have been driven by weak fundamental performance. But from what I see, all the data so far has been positive. To see what I mean, we need only look at data from the second quarter of the company’s 2022 fiscal year. This is the only quarter for which we now have data that we did not have data on previously. For that quarter, management reported revenue of $509.5 million. That’s 127.4% higher than the $224.1 million generated the same time last year. Some portion of this increase came from higher in-park per capita spending of $59.52. That’s 6.4% higher than the $55.94 the company reported for the second quarter of 2021. What’s even more impressive is that it represents a significant improvement over the $47.22 that the company reported for the second quarter of the 2019 fiscal year. Remember that this is the last second quarter that the company had prior to the COVID-19 pandemic striking.

The other great thing about increased pricing is that margin improvement becomes possible. In the second quarter of 2022, for instance, the company generated a net profit of $50.8 million. That stacks up favorably against the $58.9 million loss reported the same quarter one year earlier. But just as was the case with attendance, profitability for the company in the latest quarter was still lower than what came in at during the second quarter of 2019. During that year, the company generated a net profit of $58.7 million. Other profitability metrics Also improved drastically year over year. Operating cash flow went from $37.4 million to $241.7 million. If we adjust for changes in working capital, it would have risen from negative $44 million to positive $124.8 million. And over that same window of time, we also saw EBITDA improve, climbing from $1.7 million to $170.6 million.

As the chart above illustrates, the performance achieved in the second quarter of this year was not a one-time thing. Results for the full first half of the 2022 fiscal year are also significantly stronger than they were the same time last year. And in the chart below, you can see that attendance and pricing for the company have remained strong during the same six-month window compared to the same six months of the company’s 2021 fiscal year. But at the same time, the disparity between attendance and in-park spending per capita also existed for the first half of this year relative to the same time of the 2019 fiscal year.

As for the rest of this year, there is a great deal of uncertainty about what the future holds. But of course, this statement does come with a caveat. We do actually have a solid idea of how revenue is faring. This is because management reports revenue data outside of its quarterly results as well. For instance, through Labor Day of this year, the company generated revenue of $1.37 billion, with record levels of in-park per capita spending of $61.11 and out-of-park at revenue of $163 million. The 15 parks in the company’s portfolio saw a combined 20.5 million guests. A lot of this activity came in the five-week period ending September 5th of 2022, with 5.1 million guests generating sales of $343 million. That’s 27% higher than the same five-week window ending September 9th of 2019. And it’s also up 13% compared with the company generated in the same week of 2021. Interestingly, however, this strength came even as in-park per capita spending dropped by 2% compared to what it was in 2021, instead made up for by an increase in attendance of 660,000.

Where the picture becomes complicated is when we talk about profitability. Because the company had negative earnings and, for the first half of the year in its entirety, negative cash flows, last year, we cannot simply project out financial performance for the rest of this year. Instead, I think a more cautious approach is to value the company as though it were the 2019 fiscal year data we are working with. Doing so, we end up with a price to operating cash flow multiple on the company of 5.6 and an EV-to-EBITDA multiple of 9.3. As part of my analysis, I also compared the company to two similar firms. These companies had price to operating cash flow multiples of 7.4 and 9.3, respectively. And they also had EV-to-EBITDA multiples of 10.7 and 11.8, respectively. In both cases, Cedar Fair was the cheapest of the group.

In addition to posting strong fundamental performance and having shares that are trading at attractive levels, the company has some other things going for it. For instance, management is working hard to pay down debt. Their goal is to reduce net debt to below $2 billion compared to the $2.42 billion in net debt the company currently has. On top of this, management also announced a $250 million share buyback program, though we have no idea how committed they are to this. On top of this, on August 3rd of this year, the company also reinstated its dividend of $0.30 per share per quarter, translating today to an effective yield of 3%. Another interesting data point to consider is that management continues to attract season pass holders to its parks. By selling season passes, it’s creating greater brand loyalty and more predictable cash flows. So far this year, the company has sold 3.2 million in all. That’s 21% higher than the 2.6 million the company had the same time during the 2019 fiscal year.

Based on all the data provided, I must say that Cedar Fair continues to impress me. I understand that many investors are worried about the state of the economy right now. In the near term, it is entirely possible that attendance and pricing at the company could suffer as a result. But given how cheap shares are, I believe there’s a lot of protection baked in. And in the long run, the company is almost certain to fare well. Due to all of these factors, I have no problem keeping my ‘buy’ rating on the stock for now.