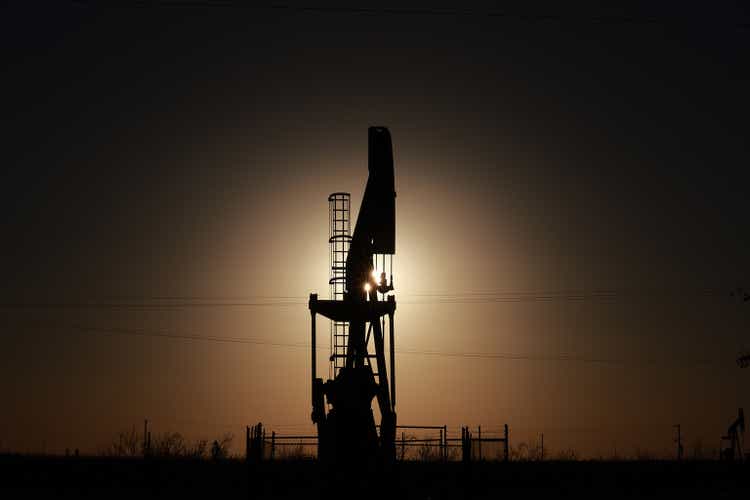 Devon Energy’s (NYSE:DVN) total oil equivalent production increased from 575 MBoe/d in 1Q 2022 to 616 MBoe/d in 2Q 2022, driven by increased production in the Delaware Basin. Also, DVN’s total oil equivalent realized price (including cash settlements) increased from $54.75 per Boe in 1Q 2022 to $64.70 per Boe in 2Q 2022. Thus, the company reported strong 2Q 2022 financial results. I expect DVN to report strong quarterly results in 3Q 2022 as oil and gas prices and oil and gas production levels were high during the third quarter. Also, as oil and gas prices and production levels will remain high, the company’s recent significant profitability will continue for the next three quarters.

In the second quarter of 2022, DVN’s fixed-plus-variable dividend increased by 22 percent to a record high of $1.55 per share. “The second quarter saw our business continue to strengthen and build momentum as we delivered systematic execution across the financial, operational, and strategic tenets of our cash-return business model,” the CEO commented. “This success was showcased by production from our Delaware-focused program that exceeded guidance expectations, our streamlined cost structure captured the full benefit of higher commodity prices and we returned record-setting amounts of cash to shareholders,” he continued.

According to International Energy Agency (IEA), World oil demand is projected to increase by 2.1 million barrels per day in 2023. World oil production rose to 101.3 mb/d in August 2022 and is expected to increase to 101.8 mb/d in 2023. European Union and United Kingdom’s oil import from Russia decreased by 880 kb/d since the start of the year to 1.7 mb/d. On the other hand, their oil import from the United States increased by 400 kb/d to 1.6 mb/d. The EU embargo on Russian crude oil imports that comes into effect in December 2022, means that European countries will need to increase their oil reallocations from other countries.

Figure 1 – International petroleum and other liquids production and consumption

Besides the mentioned ratios, I investigated coverage ratios of DVN to measure the company’s ability to pay its financial obligations. Generally, it is observable that the coverage ratios of DVN have improved during recent years. DVN’s ICR increased from 8.55 at the end of 2021 to 18.12 on 30 June 2022. This ratio indicates the number of times a company is able to pay its interest expenses on its debt with its operating income. Furthermore, as a conservative metric, the cash coverage ratio compares the company’s cash generation with its interest expenses. DVN’s cash coverage ratio increased from 5.41 at the end of 2021 to 8.92 on 30 June 2022. Devon’s coverage ratios prove its capability of meeting its financial obligations and providing returns for its investors (see Figure 6).

Due to increased oil and natural gas prices and production levels in the United States, and the global demand for U.S. oil and natural gas (as a result of the war in Ukraine, energy crisis in Europe, and OPEC+ production cut), I expect Devon’s revenue’s to be strong in 2H 2022 and 1H 2023. The stock is a buy. The company is well-positioned to benefit from the market condition.