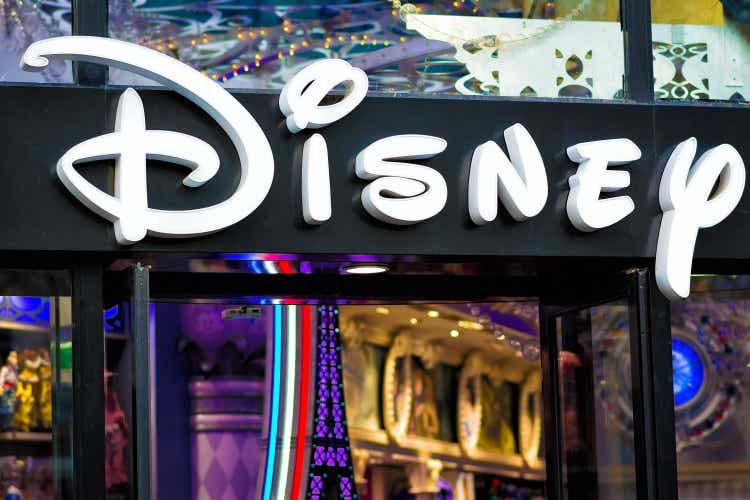 After the market closed on November 8th, the management team at The Walt Disney Company (NYSE:DIS) announced financial results covering the final quarter of the company’s 2022 fiscal year. In response to the headline news, shares of the enterprise fell around 13% the day after. Having said that, when you dig deeper into the picture, fundamentals look robust, with the company reporting strong results in the areas that matter most. While the weakness the company experienced is definitely a bump in the road, the overall health of the company remains intact, and the long-term potential of the enterprise is still just as positive as it was before the earnings release. Due to these factors, I still view the company as a ‘strong buy’ at this time, a rating that signifies my belief that shares should significantly outperform the broader market for the foreseeable future.

As I wrote in a prior article, the biggest thing that investors should be paying attention to whenever The Walt Disney Company reports financial results would be the subscriber figures management has to share. This is undoubtedly the primary growth engine of the company and will likely go on to generate significant cash flows every year once fully matured. And sure enough, management really delivered on this front. During the quarter, the company’s primary streaming platform, Disney+ reported 164.2 million paid subscribers. This is 39% higher than the 118.1 million reported the same time last year. On top of that, it represents an increase of 12.1 million compared to what the company reported in the third quarter of this year.

Adding on a significant number of subscribers is certainly a positive. But we should also pay attention to the pricing side of things as well. And fortunately, the company did see some weakness on this front. In the US and Canada, the company generated revenue of $6.10 per subscriber per month. That’s actually down from the $6.27 reported one quarter earlier. Internationally, ignoring Hotstar, pricing fell from $6.31 to $5.83, while when factoring in Hotstar Subscriptions, pricing dropped from $1.20 to $0.58. On a weighted average basis, total Disney subscriber revenue per account dropped from $4.35 to $3.91. This may not sound like much, but when applied to the number of subscribers on the company’s platform, that translates to $1.97 billion in pre-tax revenue per year that the company is missing out on.

One thing that I told investors to pay very close attention to were the pain areas of the company. These are the parts of the enterprise that suffered significantly because of the COVID-19 pandemic and that have since shown some signs of recovery. Most notably, we have the Parks & Experiences portion of the business, which largely consists of its theme park operations. By all accounts, these results were robust. Revenue of $5.01 billion for its domestic operations dwarfed the $3.47 billion achieved in the final quarter of the 2021 fiscal year. International revenue, meanwhile, rose from $693 million in the final quarter of 2021 to $1.07 billion in the final quarter of this year.

Unfortunately, management has not yet released the company’s 10-K filing, so we don’t have details on everything just yet. But management attributed strength when it came to these operations to a combination of factors, including higher attendance volumes and growth in guest spending. There was one notable exception when it came to pricing. And this involved Shanghai Disney Resort. A higher mix of annual pass-holder attendees caused by COVID-19 travel restrictions negatively affected results to some degree.

The rise in revenue brought with it increased profitability. For the company’s domestic operations, operating income totaled $741 million. That’s roughly triple the $244 million generated in profit the same quarter one year earlier. Internationally, profits also improved. In the final quarter of the 2021 fiscal year, the international portion of the enterprise generated an operating loss of $222 million. This year, that turned to a profit of $74 million. Another area that I pointed to for investors would be the theatrical distribution side of the company. Unfortunately, management has not provided a great deal of insight on this yet. But they did say that theatrical distribution results did improve year over year, driven by major hits like Thor: Love and Thunder compared to the weaker showing experienced the same time last year.

Also in my prior article, I detailed that investors would be wise to keep an eye on certain key metrics. These were debt and cash flow. To begin with, operating cash flow for the company came in quite strong, totaling $2.52 billion for the quarter. Although this was down from the $2.63 billion reported in the fourth quarter of 2021, it did still manage to eclipse the $1.92 billion the company generated in the third quarter of this year. As a result of this, total operating cash flow for the year came in at just over $6 billion. That compares to the $5.57 billion generated in the 2021 fiscal year.

On top of generating robust cash flows, The Walt Disney Company also managed to pay down some debt. By the end of the quarter, net debt, excluding $3.22 billion in long-term investments, came in at $36.75 billion. That’s down $1.89 billion from the $38.64 billion the company reported only one quarter earlier. It’s great to see leverage continue to decline, especially as interest rates rise. Although financial results from this perspective were positive, the market did get discouraged by some other results reported by the company. For instance, revenue for the quarter came in at $20.15 billion. Although this represents a nice improvement over the $18.53 billion generated the same time last year, it missed analysts’ expectations by $1.29 billion. Earnings per share of $0.09 matched what the company achieved last year, with adjusted earnings falling from $0.37 per share to $0.30 per share. But for the quarter as a whole, analysts were anticipating adjusted earnings of $0.26 per share.

The weakness that The Walt Disney Company experienced on the sales side did not come from any of the primary portions of the business that I typically point to. Instead, they came from some other legacy assets that the business has. Linear Networks consists of the company’s broadcast networks like ABC, Disney, ESPN, Fox, National Geographic, and others. It also includes the company’s 50% equity investment in A+E Television Networks, which operates A&E, HISTORY, and Lifetime. Revenue in the final quarter under this category totaled $6.34 billion. That’s down 5.4% compared to the $6.70 billion generated the same time last year.

Interestingly, the actual domestic side of the company fared quite well, with revenue dipping only slightly from $5.41 billion to $5.28 billion, driven by lower advertising revenue because of a decrease in rates and fewer impressions reflecting a decline in average viewership and fewer units delivered. The decrease in rates and impressions, management said, was due to the timing of the 2021 NBA Finals. Affiliate revenue for the company remained virtually flat, with higher contractual rates offsetting a decline in subscriber count. The company did also enjoy a modest amount of growth in the broadcasting side of the enterprise, with higher advertising and affiliate revenue leading the way.

Internationally, the pain was far more significant, with revenue plunging 17.8% from $1.28 billion to $1.06 billion. Decreased advertising revenue caused by lower average viewership negatively affected these operations. According to management, the decrease was also driven in large part by the timing of the Indian Premier League cricket matches, with no single match occurring in the fourth quarter of this year compared to the 18 matches reported at the same time last year. Separate from Linear Networks, the company also saw a rather meaningful decline of 15.2% in its Content Sales/Licensing and Other operations, with revenue falling from $2.05 billion to $1.74 billion. Although theatrical distribution results for the company were positive, this was more than offset by lower TV/SVOD and home entertainment distribution results. Management chalked this up to lower unit sales and a decrease in the average net effective pricing of catalog and new release titles. In the case of unit sales, the pain came from fewer titles being available for release compared to what the company saw the same time one year ago. What this data does suggest is that while there are certain extraordinary factors that won’t repeat themselves and some timing issues affecting results, the company might be experiencing some cannibalization here caused by its growing streaming business. But how much is cannibalization compared to the other factors is something only management knows.

Clearly, investors are unhappy with the results achieved by The Walt Disney Company. Some of the figures could definitely have been better. At the same time, however, management continues to post robust results where it matters most. Streaming is doing exceptionally well, management is generating strong cash flows and paying down debt, and the core portions of the business that were hit hardest by the pandemic are showing amazing signs of recovery. Given these factors and considering that many of the pains the company experienced during the quarter were either one-time in nature or driven by the timing of certain events, I cannot help but to be incredibly bullish on the company moving forward. And as such, I remain happy with my ‘strong buy’ rating on its stock.