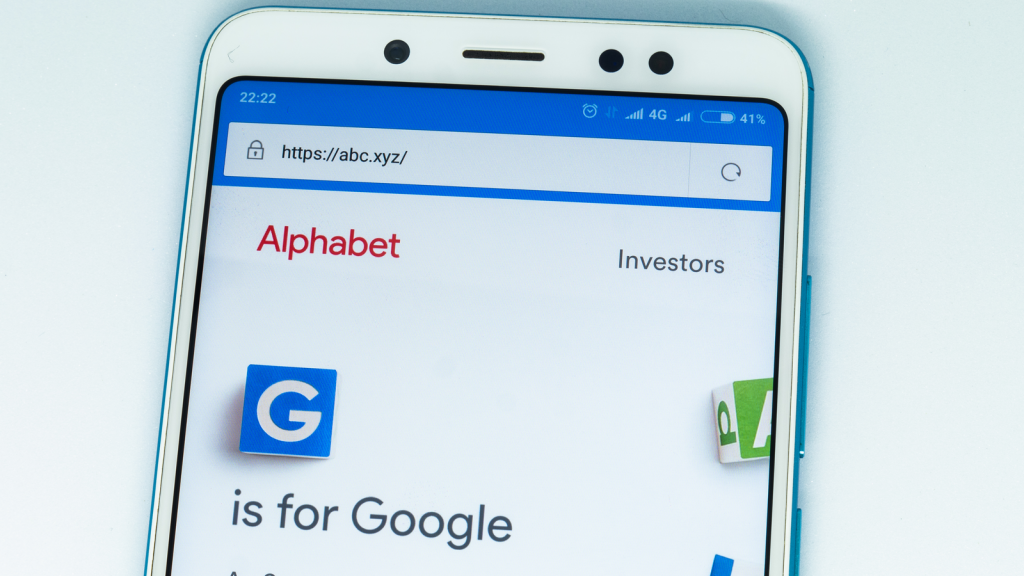 If you’re on the prowl for bargains among major tech stocks, you may be mulling making Alphabet (NASDAQ:GOOG,NASDAQ:GOOGL) a buy. Over the past year, GOOG stock has tumbled to the tune of around 41.7%, in line with price declines among other major Nasdaq components.

With this large drop, shares in the tech giant, which is the parent company of Google and YouTube, have fallen to what appears to be a “cheap” valuation. It currently trades at a low price-to-earnings ratio, relative to its average multiple over the past decade.

Yet before diving in, you may want to reconsider. While “cheap on paper,” this mega-cap tech stock could continue to tumble, as market-related factors, as well as factors specific to the company, continue to apply pressure.

This calls into question whether now is the time to bottom fish in Alphabet stock.

Currently, Alphabet shares trade for around 17.2 times earnings. Given that this stock regularly traded for between 25 and 30 times earnings during the 2010s, and during the 2020/2021 runaway bull market, it may seem odd why shares at present are so cheap.

But given recent macroeconomic changes, and their impact on both the valuation of GOOG stock, as well as the company’s underlying operating performance, it’s not a big mystery. As you likely know, the Federal Reserve’s raising of interest rates, in response to the big inflation spike, has put considerable pressure on tech and growth stock valuations.

Tech/growth stocks are typically priced based more on future potential than current results. In the past year, with interest rates soaring from near-zero, to levels last seen in the late 2000s, the present value of expected future cash flows for tech/growth has reversed in a big way, hence the severe multiple compression.

That’s not all. Rising rates have also started to affect the operating performance of tech companies, GOOG included (more below). With all this in mind, Alphabet’s sharp sell-off was justified. If that’s not discouraging enough, the above-listed factors stand to continue affecting the stock’s performance.

Why You Shouldn’t Buy Now

If GOOG stock looks cheap compared to current results, it’s even cheaper relative to future estimates. Per analyst forecasts, Alphabet’s earnings per share (or EPS) are expected to bounce back to $5.35 in 2023, and $6.26 in 2024.

However, don’t assume this forecast signals a return to triple-digit prices for Alphabet shares is just around the corner. For starters, if you’re looking to bet on a 2024 comeback, the factors mentioned above point to GOOG’s stock price continuing to drop before a comeback starts to happen.

If Alphabet’s performance has taken this big of a hit in a mere economic slowdown, how it fares in a recession could be far worse than presently expected. Instead of EPS getting back near the high-water mark set in 2021 ($5.61), GOOG’s profitability could decline again in 2023, and only start to bounce back in 2024.

It’s hard to anticipate when exactly Alphabet stock is going to get out of its slump. A lot hinges on the Fed’s moves with interest rates in 2023. If high inflation persists, prompting the Fed not to lower rates, next year, it will be difficult for GOOG to rise back up to a higher forward multiple.

If rates remain high, the resultant impact on economic activity could hurt the performance of Alphabet’s digital advertising business (its bread-and-butter), as well as the performance of its faster-growing Google Cloud cloud computing unit.

For now, it’s best to assume that shares will continue to languish, with even a partial recovery taking longer than expected to take shape. That’s not to say you should consider GOOG stock a growth stock to sell, but now’s not the time to enter or add to a position.

On the date of publication, Louis Navellier had a long position in GOOG. Louis Navellier did not have (either directly or indirectly) any other positions in the securities mentioned in this article.

The InvestorPlace Research Staff member primarily responsible for this article did not hold (either directly or indirectly) any positions in the securities mentioned in this article.