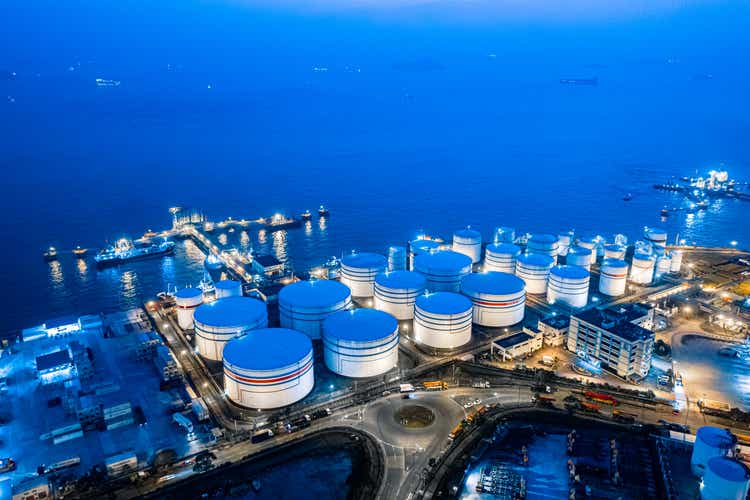 Flashback to early 2021: Share prices of high-growth and technology companies are making new highs. Excitement is running high and investors are piling into the hottest areas of the market, without thinking too much about business models, profitability, competitive advantages and return on invested capital.

At that time, Chevron (NYSE:CVX) and many other well-run businesses were in no-go territory for most retail investors as narrative driven investment philosophies were not made to conceive an investment thesis outside of the latest and hottest stocks.

Contrary to the popular opinion, I took a long position in Chevron and explained why the company is well-positioned to perform, in spite of the ongoing industry headwinds. Although it didn’t get the attention that a thought piece on Tesla (TSLA) would have gotten back then, Chevron delivered 88% total return since April 2021, while the broader market fell by more than 3%.

Back in September of last year, I also took a deep dive at Chevron for my subscribers of The Roundabout Investor, where I outlined a detailed thesis on why the company was attractive even as it traded at all-time highs.

Interestingly enough, analysts’ sentiment has not changed materially in the past few years. As a matter of fact, if we aggregate all the recommendations given by Wall Street Analysts, the sentiment has actually gotten worse.

The negative narrative around Chevron has shifted from a business that is heading to extinction to one that will be challenged as recession hits and demand for its products falter.

At the same time, the sentiment around businesses that have seen their share prices plunge and are now facing problems is still near an all-time high. Take for example Salesforce (CRM), a stock which I have been warning about since December of 2020 when it was trading near all-time highs.

And while sentiment around these two companies has been vastly different, Chevron delivered nearly 50% return over the past year alone, while Salesforce fell by almost 40%.

Of course, as one share price is falling it certainly becomes less risky and vice versa, however, the entrenched sentiment of analysts and retail investors alike have been their worst enemy in 2022 and I don’t see a reason for this to change in 2023 either.

Firing On All Cylinders

While fears of a deeper than currently expected recession are well-grounded, Chevron continues to generate record high earnings on the back of its strong business model and management team that remained focused on achieving sustainable and high return on capital, as opposed to managing the business on a quarter-by-quarter basis.

On an annual basis, Chevron’s major business units are firing on all cylinders with the upstream segment being by far the biggest contributor to the company’s record high earnings.

Strong Positioning To Deliver In The Long Run

After a decade of record high capital expenditure, in spite of all the industry headwinds, and efforts to improve efficiency, Chevron is now among the best-positioned global energy companies to grow production and invest in new technologies.

We’re more capital and cost efficient than we’ve ever been.

On a cash flow basis, the company is well-equipped to face more industry headwinds, while not compromising dividend payments and planned capital expenditures.

Priorities of the management also remain unchanged with dividend payments and investments to secure long-term competitive advantages of traditional and new businesses being by far the most important ones over the coming years.

I’ll just point out that we increased our dividend 6% earlier this year. We’ve been growing our dividend at a compounded annual growth rate of 6% for 15 years. And that is our first financial priority. So there’s a lot of tension on the buyback, but it’s clearly our fourth priority after sustaining and growing the dividend, investing to grow both traditional and new energy businesses, maintaining a strong balance sheet. And as Mike said, we intend to do it across the cycle for multiple years.

And while cyclical swings are to be expected in the Oil & Gas sector, Chevron’s high cash flow allows for a major ramp-up in capex and consistent growth in dividends over the coming years.

In terms of valuation multiples, Chevron’s share price now trades at record high premium to its book value which makes investors worried of a pullback in the short-run. If we compare the P/B ratio to the company’s Return on Invested Capital, we should also note that a short-term repricing is possible.

And while this is enough to scale most short-term speculators, they once again are missing the forest for the trees. In spite of all the near term volatility, Chevron is once again achieving record-high return on capital and would play a major role in a world where energy security and sustainability would be paramount.

After a year of exceptionally high returns, Chevron could face near-term volatility, but there are strong reasons why long-term investors should not fall victim to narratives and market speculations. First and foremost, recent downturns in the Oil & Gas space have allowed Chevron to significantly improve its efficiency and focus on high return on capital projects. It has also become a major pillar in guaranteeing energy security of the United States and its partners internationally. While returns in 2023 are unlikely to be as high as they were back in 2021 and 2022, I expect the company to continue to outperform the market.