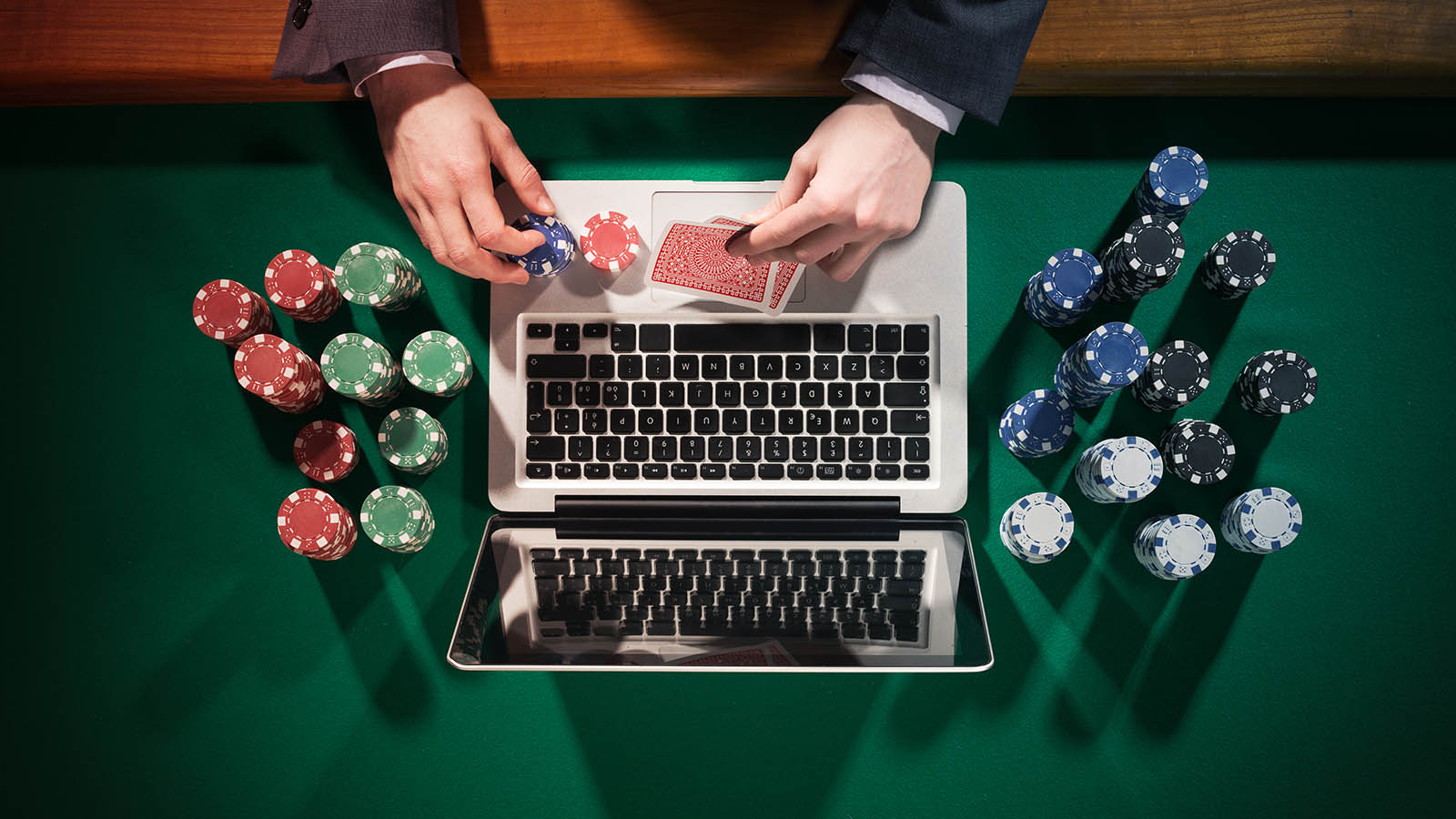 I’m a big bull when it comes to online gambling (or “iGaming”), saying back in mid-August that DraftKings (NASDAQ:DKNG) stock was a great buy to play this emerging megatrend.

Fortunately, DraftKings isn’t the only way to play to the emerging iGaming megatrend.

With that in mind, I’d like to introduce Golden Nugget Online Gaming, a market-leading iGaming platform which has recently hit the public markets through a reverse merger with blank-check company Landcadia Holdings II (NASDAQ:LCA).

Golden Nugget Online Gaming — valued at just $900 million today — has enormous long-term upside potential. Indeed, there is so much upside potential here that LCA stock could soar more than 10X over the next several years.

So, if you’re looking for an alternative yet still super explosive way to play the iGaming boom, forget DKNG stock and instead buy LCA stock.

iGaming Is the Future of Gambling

Covid-19 changed the world in a lot of ways.

Perhaps most obviously, it accelerated the world’s shift into the modern digital era.

You know what else we did more of during the pandemic? Gambled online more.

In New Jersey – which is home to America’s most established and mature online gambling market – iGaming revenues rose an astounding 40% from January to April 2020.

This is not a temporary shift. Much like the e-commerce and the streaming TV shifts, the 2020 shift to online gambling is a permanent acceleration into the future.

iGaming offers consumers an equally great experience as in-casino gambling, with superior convenience, access, and affordability (you can play a game of virtual poker or black jack, and win real money, by just sitting at your home and clicking a few buttons on your computer).

Sure, online gambling is only actively legal in three states today – New Jersey, Pennsylvania, and Michigan. But with the overturning of PAPSA in 2018, growing consumer interest in online gambling, and physical casino shutdowns in 2020, there is ample and growing momentum across many states to legalize iGaming over the next few years.

The floodgates are opening.

As they do, the iGaming market will go from niche today… to enormously mainstream by 2030, fundamentally transforming what will one day be a $100 billion U.S. gambling market.

To that end, then, Golden Nugget Online Gaming is the only reasonably valued, public pure-play on the iGaming boom.

By itself, that’s an attractive reason to buy LCA. But it’s really just the tip of the iceberg when it comes to LCA stock, and in order to understand the full bull thesis here, we need to understand Golden Nugget Online Gaming’s history.

You may recognize the “Golden Nugget” part of the company’s name. That’s because it’s a large casino brand with properties in Las Vegas and Atlantic City, which itself is part of a bigger hospitality company named Landry’s that owns 600 shopping outlets, 3 hotels, 2 amusement parks, and 5 casinos across America.

Golden Nugget Online Gaming – or GNOG, for short – is a pure iGaming spin-off of that larger physical casino business. GNOG offers virtual poker, virtual black jack, virtual slots and much more through a desktop website and mobile application. Today, the company operates exclusively in the New Jersey iGaming market, where it controls about 13% of the market, making it tied for the second largest iGaming platform in New Jersey.

Of course, the bull thesis on LCA is that Golden Nugget will be able to leverage competitive advantages to sustain ~10% share of the iGaming market as that market booms and goes national in the 2020s, with the big upside potential coming the divergence between the market opportunity here ($100 billion) and Golden Nugget’s current market cap ($900 million, based on the LCA stock price today).

I think that’s totally doable — and if it happens, LCA could rise more than 10X.

Golden Nugget Online Gaming has four significant competitive advantages which should help this company sustain roughly 10% market share as the iGaming market scales and expands in the 2020s.

Second, Golden Nugget has a content edge over peer online casino platforms. Golden Nugget has 870 casino titles on its platform, which is 130 more than anyone else in this space. A lot of those titles are also exclusive to Golden Nugget. The company launches upwards of a dozen new exclusive casino games every year, giving the company a formidable and growing content moat.

Third, the company has a customer service edge. Golden Nugget’s customer satisfaction rating is 96% while inbound answer rates are 95% — and those two metrics are very important because in the iGaming world where consumers are betting real money on dynamic games, customer service is of utmost importance. So long as Golden Nuggets keeps killing it on this front, the platform will continue to foster exceptional customer loyalty.

Fourth, Golden Nugget has a business edge over everyone thanks to something called a “Live Dealer Studio” – which, as the name implies, enables virtual tables players to interact with a live dealer via visual and audio (the company has entire “ghost” casinos set up with just dealers, tables, and cameras).

Thanks to these four compelling competitive advantages, it seems very likely that Golden Nugget will sustain ~10% share of the iGaming market for the foreseeable future. If that happens, LCA stock will soar over the next few years.

The math behind potential 10X gains in LCA isn’t hard to follow.

The U.S. gambling market measured roughly $80 billion in 2018. It has grown at a fairly consistent 3% compounded annual growth rate since 2004. Assuming this growth cadence persists, then the market will measure at least $100 billion by 2030.

Given how seamlessly the gambling process can be digitized — and how high-quality that iGaming experience is — it’s quite likely that ~20% of the global gambling market gets digitized by the end of the decade. That implies a U.S. iGaming market of $20 billion by 2030.

If Golden Nugget controls ~10% of that market, that further implies $2 billion in gross gaming revenue by 2030.

Adjusted EBITDA margins today hover around 30%. Economies of scale should push that up to 40% at scale. That math makes $600 million in net profits seem doable by 2030.

The market’s five-year-average forward earnings multiple is right around 17X. A 17X multiple on $600 million in 2030 net profits implies a decade-end valuation for Golden Nugget of over $10 billion.

Based on the LCA stock price today, Golden Nugget is being valued at just $900 million.

If you’re bullish on the iGaming revolution like me, then instead of chasing overbought and overvalued DKNG stock here and now, go out and take advantage of recent weakness in LCA.

The potential upside in this name over the next decade is enormous.

The New Daily 10X Stock Report: 98.7% Accuracy – Gains Up to 466.78%. InvestorPlace’s brand-new and highly controversial newsletter… is rocking the industry… delivering one breakthrough stock recommendation each and every trading day… delivered straight to your inbox. 98.7% Accuracy to Date – Gains Up to 466.78%. Now for a limited time… you can get in for just $19. Click here to find out how.

3 Stocks to Buy and Hold for 2 Years
Should You Buy Apple Stock? Two Key Issues to Consider
Alphabet Stock Looks Cheap as Fears of Google’s Demise Are Overdone
7 Stocks to Own Until 2032 and Beyond
How Do Real Estate Agents Get Paid?