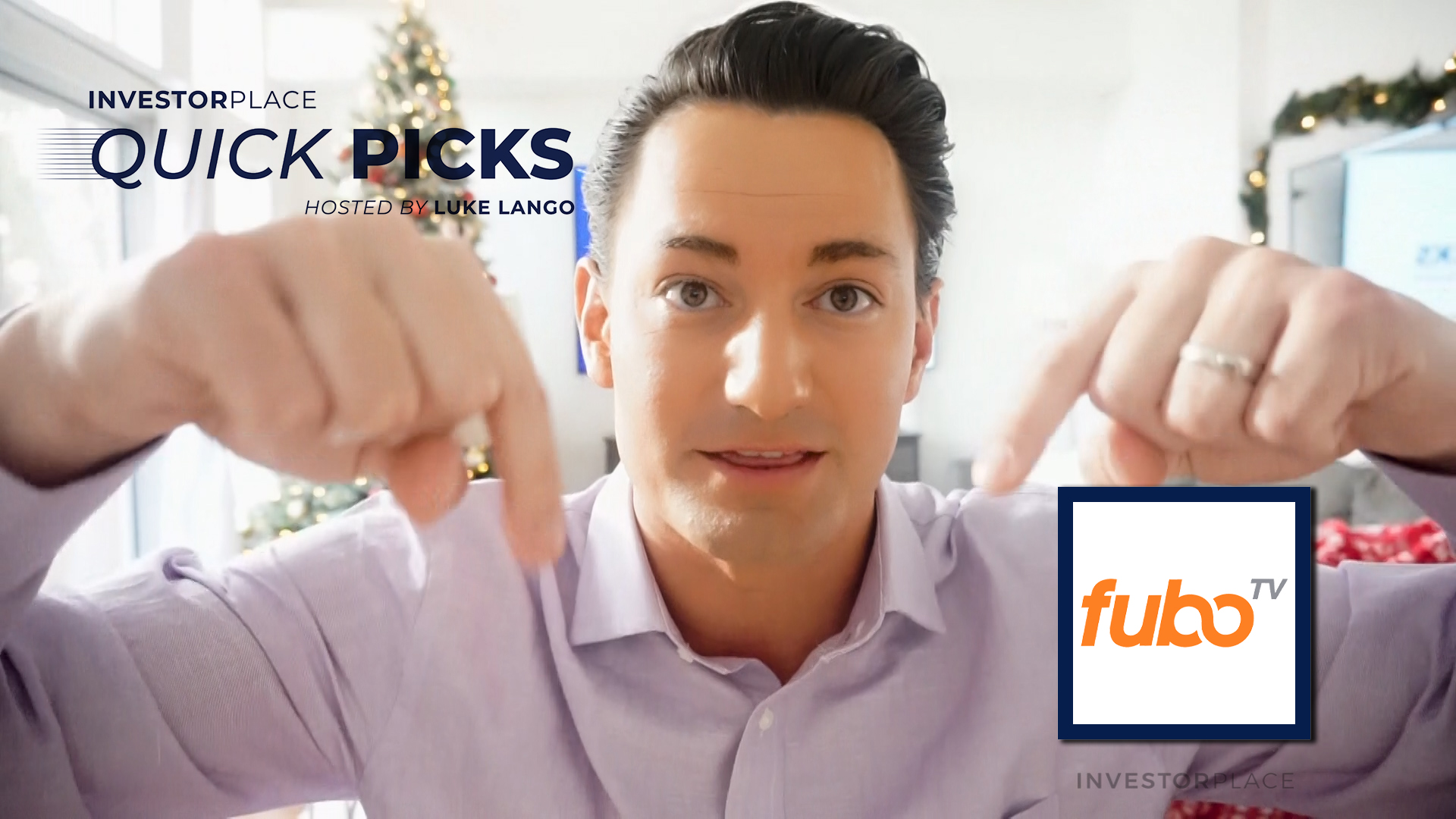 I’ll cut straight to the chase here. Arguably one of the best hypergrowth stocks to buy for the next 10 years is FuboTV (NYSE:FUBO) stock.

Let me answer that question with another question. Does it not seem odd that, although the streaming TV revolution has forever disrupted the multi-trillion-dollar global entertainment industry, we’ve only seen one or two stocks emerge as big-time winners thanks to this trend in Netflix (NASDAQ:NFLX) and Roku (NASDAQ:ROKU)?

Shouldn’t a disruption this big and this widespread birth more big winners?

After all, look at the e-commerce megatrend. Of course, you have Amazon (NASDAQ:AMZN) leading the way. But in its wake, you have Wayfair (NYSE:W), Farfetch (NASDAQ:FTCH), Etsy (NASDAQ:ETSY), Carvana (NASDAQ:CVNA), Opendoor (NYSE:IPOB), Chewy (NASDAQ:CHWY), so on and so forth.

Yes — and it will be FuboTV, a live TV streaming company that is positioned to turn into the next Netflix as consumers, once and for all, cut the cord in the 2020s and fully embrace streaming TV.

As that happens, FUBO stock has potential to rally as much as 20X.

Did you know that 4 out of every 5 households in the U.S. have either a Netflix, Amazon Prime, or Hulu video subscription?

When you actually sit back and think about that, it’s pretty wild. Before 2012, standalone streaming services didn’t exist. Eight years later, they’re in basically every living room in America.

Make no mistake. The streaming TV revolution over the past decade has been one of the most rapid and widespread disruptions ever — and it’s not even halfway through, because most of us still haven’t cut the cord.

Over 60% of U.S. households still pay for cable TV, meaning the most common entertainment mix in America today is a Netflix subscription and a cable TV package.

That’s the case because today’s generation of widely used streaming services — like Netflix, Amazon Video, and Disney+ — do not offer live TV shows, news channels and live sports. So, most of us are keeping our cable packages to watch that content.

Thus, streaming TV’s “First Act,” if you will, was all about incorporating streaming services into the household entertainment mix, not entirely displacing linear TV.

But the streaming TV revolution is about to shift into its “Second Act,” and in this second act, streaming TV will finally make linear TV obsolete.

And that’s exactly what you are going to end up doing – alongside every other person out there. Because, across everything that matters, streaming TV is superior to linear TV.

It’s cheaper (YouTube TV costs $65 per month; your average cable TV package runs north of $100 per month). It’s more convenient, as everything is hosted in the cloud and easily accessible. It’s cleaner (there are no cables to hide), more flexible (with multi-screen optionality), easier to install (it’s plug-and-play), and easier to maintain (if your cable box goes out, you need a service rep to come to your house — not so with streaming TV services).

Streaming TV is just better than linear TV, in every single possible way.

That’s why, as soon as Netflix started offering us the same quality of content as Hollywood, we stopped going to movie theaters. It’s also why, now that YouTubeTV offers us the same content as cable TV packages, we are going to cut the cord.

To play this disruptive megatrend — and potentially invest in the next Netflix — I think you should take a close look at FUBO stock.

FuboTV Is a Top Pick

The market’s best and only pure-play on this live TV streaming revolution is FuboTV.

FuboTV is a live TV streaming service operator, much like YouTube TV and Sling TV. But the cool thing about this company is that in the live TV streaming world, FuboTV gives consumers the most bang for their buck.

That is, the FuboTV entry-level package includes 113 channels – including all of the live sports and big news channels – for just $65 per month.

YouTubeTV has the same price point … for just 85 channels. Hulu is $10 cheaper … for about half as many channels. Sling TV costs only $30 … for roughly 40 channels, with a hit-or-miss portfolio of live sports and news channels.

In other words, FuboTV is the live TV streaming world’s closest and most economically sensible analog to linear TV.

That’s important, because linear TV has been around for a while, and therefore, most consumers have spent decades getting comfortable with linear TV’s structure, offering, and pricing. Thus, when considering cutting the cord, most consumers are going to look for the streaming service which most closely resembles linear TV in terms of structure and offering (and beats linear TV on pricing).

It’s no wonder that FuboTV has been in hypergrowth mode recently, as consumers are finally and fully looking to cut the cord.

Last quarter, FuboTV grew its paying subscriber base by 58%, on top of 42% growth in the year ago quarter. Average revenue per user rose 14% year-over-year. Revenues rose 71% on an adjusted basis. Hours streamed rose 83%.

Those are impressive numbers. They broadly represent a hypergrowth live TV streaming company in the first inning of its enormous growth narrative — and underscore that FUBO stock is a long-term winner with big upside potential.

Simply consider this: The company ended the third quarter of 2020 with 455,000 paying subscribers, and there are over 120 million TV households in the U.S. alone.

FuboTV, as a uniquely and attractively positioned player in the live TV streaming market with early traction, could easily nab somewhere around 10% of those households, for over 10 million paying subs by 2030.

Plus, FuboTV also has a CTV ad business which will benefit greatly from the seismic shift in the $160 billion TV ad spending pie from linear to streaming channels over the next few years.

And, even further, there’s no reason why FuboTV can’t leverage economies of scale to expand its operating profit margins to a more normal 20% to 30% range.

Add it all up, and my numbers say that FuboTV has visibility to netting over $2 billion in net profits by the end of the decade. A 20X multiple on that implies a potential $40 billion valuation for this company. At the FUBO stock price today, FuboTV’s market cap is less than $2 billion.

Thus, I see FUBO stock as having 20X upside potential over the next decade.

FuboTV is the next Netflix in that the company projects to fundamentally disrupt household TV consumption in the 2020s much in the same way Netflix did in the 2010s.

The New Daily 10X Stock Report: 98.7% Accuracy – Gains Up to 466.78%. InvestorPlace’s brand-new and highly controversial newsletter is rocking the industry, delivering one breakthrough stock recommendation each and every trading day delivered straight to your inbox. 98.7% Accuracy to Date – Gains Up to 466.78%. Now, for a limited time, you can get in for just $19. Click here to find out how.

3 Highly-Anticipated SPAC Mergers at Risk of Being Scrapped
BTC077: Bitcoin Solves the Time Stamping Problem w/ Gigi
Johnson & Johnson Stock: A Rare Bright Spot in the Market
Spartan Delta Has A (Positive) Cash Flow Problem
Investors could get a reprieve from vicious stock sell-off in week ahead