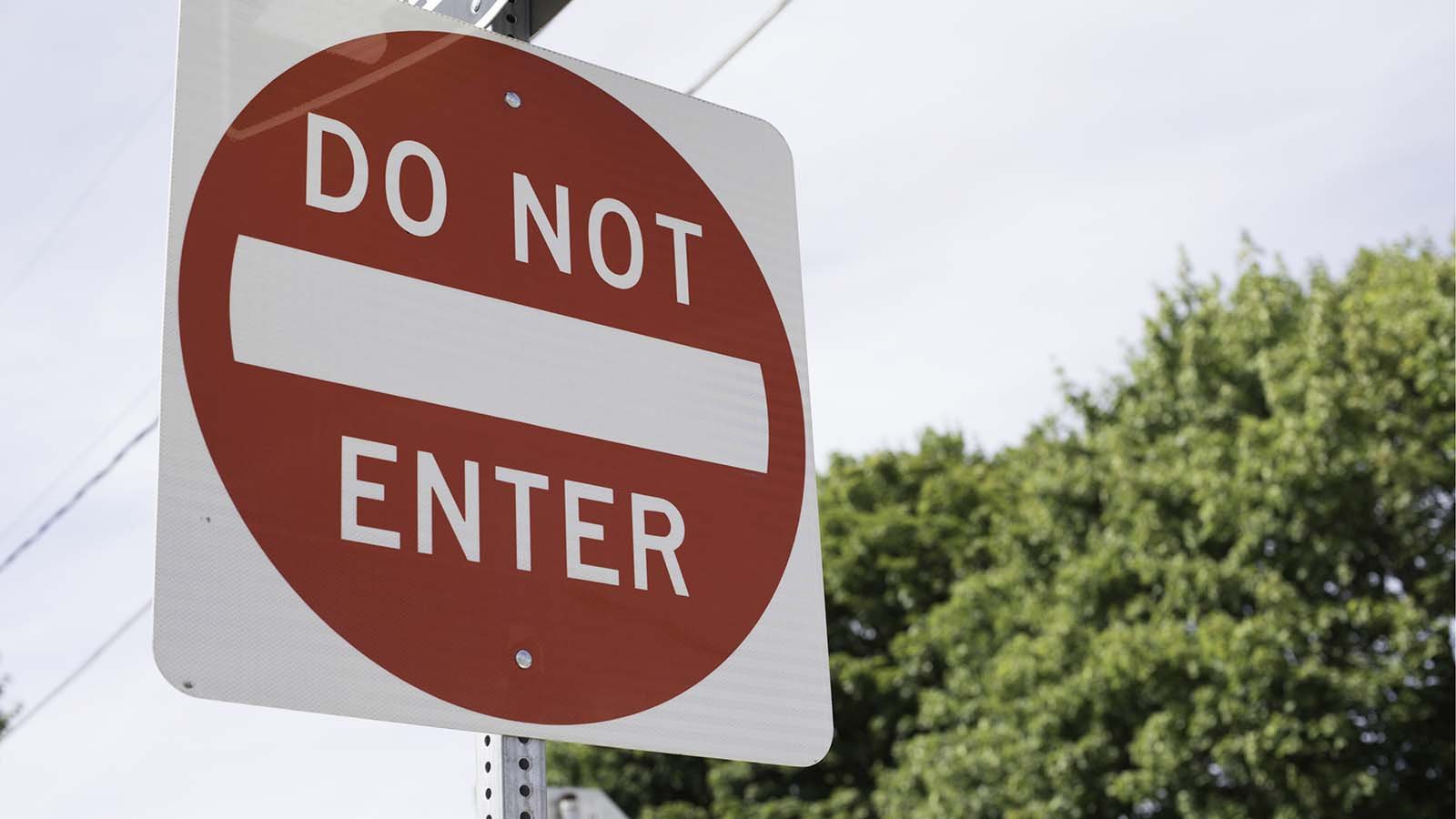 For those that may be easily aroused to anger when it comes to contrasting opinions about the equities sector, you might want to turn away from this list of overrated stocks to avoid. While I’m not going to present a directly bearish thesis — as in ultra-speculative short-selling ideas — I do believe that economic and industry-specific circumstances have changed to the point where some names are better left observed, not engaged.

Of course, the internet is typically an angry place. So if you’re looking for that type of experience, then read on. However, I would like to present a basic concept: at some point, you’re going to need to cash out of your favorite ideas unless you’re holding them for dividends. Therefore, try not to view this list of stocks to avoid as a confrontational piece. Rather, we may only be disagreeing on when to exit.

Furthermore, it’s important for investors to realize that the capital markets are constantly in flux. If you tend to acquire popular growth-centric investments, you should get into a practice of taking some profits off the table. This is especially true for extremely volatile asset classes like cryptocurrencies. Very few people are able to time the market perfectly. It’s better to play for averages; hence, noting certain stocks to avoid.

Overall, you have no friends on Wall Street — and that goes for social media communities, too. Sure, it’s fun to play up a popular technology firm as the next big thing. But what you don’t find celebrated in the headlines is the myriad times when ideas go sour. At that point, your online buddies put up a grift, claiming those tips really were stocks to avoid.

It’s a maddening dynamic to witness, which is why the only real person you can trust is you. Take the emotions aside and determine for yourself if you should still keep your portfolio intact or whether it’s time to move on. In my opinion, these stocks to avoid make the choice a lot easier.

As with market dynamics, due diligence goes both ways. You want to make sure you fully investigate the pros and cons of any investment you acquire. In turn, you also want to analyze whether you should bail out or not. However, if you’re already on the sidelines, this list of stocks to avoid should be more palatable for you.

Despite its rough outing throughout 2021, Alibaba is attempting to make amends. Admittedly, it’s off to an auspicious start on a year-to-date basis, up over 9%. With so many U.S.-based tech firms shedding serious red ink during the first two weeks of the new year, could BABA be a surprise idea for 2022?

As we’ve all learned in this topsy-turvy environment called the new normal, anything is possible. Nevertheless, I think Alibaba is one of the stocks to avoid. Yes, shares have dropped nearly 46% in the trailing year. I’m just not entirely sure we’ve seen enough to warrant a long position just yet.

Last month, the Wall Street Journal’s Thomas J. Duesterberg warned that a slow meltdown is occurring within the Chinese economy. Along with sparking instability in China’s current regime, the downturn could “have serious negative consequences for the global economy.”

Yes, we all know about concerns of China’s commercial paper. Moreover, Duesterberg stated, “up to 80% of household wealth in China is in real estate holdings, a hedge against weakness of the social safety net. In other words, an economic meltdown is a potential threat to the implicit social compact in China between authoritarian rulers and a quiescent population.”

I think there’s more to BABA stock’s valuation erosion than just technical sentiment; thus, it’s one of the clear stocks to avoid.

Source: Beyond The Scene / Shutterstock.com

I’ve got to admit straight off the bat that I’ve not been a believer in Shopify to my discredit. As you well know by now, SHOP stock has gone on to deliver remarkable gains. In addition, the novel coronavirus pandemic helped cement the brand in both a business and investor sentiment sense.

But lately, circumstances haven’t looked so great for Shopify. On a YTD basis, SHOP is actually one of the worst performers, shedding a bit nearly 23%. Also, in the past six months, shares have declined by almost 28%. This indicates that nearer-term concerns are starting to make SHOP stock a candidate for stocks to avoid.

To be fair, William Blair analyst Matthew Pfau believes that it could be time to consider a contrarian take on the e-commerce platform. In a note to investors, Pfau states that Shopify features plenty of growth levers, including in the enterprise and international realms. The analyst is calling for “30%-plus growth in a bull-case scenario” over the next several years.

It’s an interesting view, but my main concern is that e-commerce as a percentage of total retail sales has declined from 15.7% in the second quarter of 2020 to 13% in Q3 2021. So as people clamor to reclaim lost social experiences, Shopify may be one of the stocks to avoid.

Before I get into my discussion on PayPal, I must add the clarifier that I’m looking forward to the day when (in my view) PYPL stock becomes a discount you can trust. For right now, though, my gut instinct tells me that shares have a lot further to fall. Therefore, PayPal is on my list of stocks to avoid but with an acquisitive goal in mind.

To provide some more confidence that avoidance may be the proper idea, Jefferies analyst Trevor Williams warned that the online payments specialist and business services provider could face a muted year ahead. In part, Williams mentioned that PayPal “could have trouble expanding its multiple given concerns on Wall Street about the achievability of its multiyear targets.”

In addition, the analyst anticipates that the company’s revenue growth will remain under 20% through the first half of 2022. That might not be an unreasonable assumption given the aforementioned statistic on e-commerce activity. Furthermore, the velocity of money — or the rate at which each unit of currency circulates within the economy — is down near all-time recorded lows.

Coincidentally, sharply rising consumer prices have put a lid on consumer spending in general — making PYPL stock one of the stocks to avoid for now. 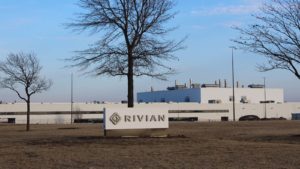 While electric vehicles (EVs) may be the future, I’m going to go out on a limb and say that the sector reminds me of those “Coexist” stickers that show symbols of popular faiths. I understand the sociological meaning behind the sticker and it’s a beautiful message. However, we would have a theological conflict if any of those faiths proclaimed an exclusive path to the truth.

Mathematically as well, a problem would erupt if different pathways all claimed such exclusivity. In a similar vein, that’s the conundrum when we have so many EV competitors. I love the enthusiasm, but there’s no way that every one of these companies is going to end up being a winner. So far, it appears that upstart Rivian may be on its way to becoming one of the stocks to avoid.

As a Barron’s article recently pointed out, production concerns have dogged RIVN stock, especially in the light of the unexpected departure of Rodney Copes, the underlying company’s chief operating officer. And like any EV manufacturer, competition is a massive headwind. For Rivian, the ability to supply Amazon (NASDAQ:AMZN) — one of its investors —  with delivery vans is critical to its success.

However, business is cutthroat, something that Amazon will know quite well. 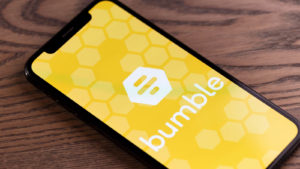 Although Bumble has been one of the stocks to avoid almost immediately after its much-hyped initial public offering (IPO), analysts from Goldman Sachs have a different view. They see an underlying market that’s largely unaddressed, with Bumble and competitor Match Group (NASDAQ:MTCH) poised to possibly recover in the new year.

Per a Barron’s write-up, Goldman is buoyed by multiple tailwinds for BMBL stock: “The erosion of social stigma, increased access to the internet and mobile devices, growth in the number of singles, and increased adoption of freemium models and subscriptions….” The latter may translate into future payer-based revenue streams.

Despite many interesting arguments, I’m still thinking that BMBL stock is one of the stocks to avoid for 2022. Shares are down 5.4% YTD, down nearly 31% against the trailing six-month period and down almost 55% when you consider the trailing year. I’ve used this description before, but Bumble is a matryoshka doll of pain.

In particular, the pigeonholing of users into a specific social ethos where women make the first move (in traditionally oriented matchups) is extremely risky. Besides, we live in a time when people don’t want to be told what to do.

I’m going to give credit where it’s due. My InvestorPlace colleague Ian Bezek mentioned back on July 26 last year that Zoom Video Communications was one of the overvalued trades that are due for a correction. He was right on the money. Between the time of publication to the time of this writing (end of the second week of 2022), ZM stock plummeted a bit over 57%.

I hope you got some put options on that baby because that would have been a payday and then some. But if you missed the opportunity, you still might get another crack at the negative trade. Why? Because I genuinely believe ZM stock has further to fall.

Now, shorting a stock is super-risky, so you should really not consider it unless you absolutely know what you’re doing. Even if you do know what you’re doing, it’s still risky. Furthermore, when shares have already dropped this much, it seems incredulous that they can still incur more pain.

But when I look at the ugly chart pattern for ZM stock, I perceive a death spiral that could eventually take the stock below $100. Moreover, the company could suffer a severe relevance problem if businesses eventually recall their workers.

The inclusion of Canoo on this list of stocks to avoid is controversial, in large part because my InvestorPlace colleagues view this as an intriguing speculative opportunity. For instance, GS Early mentioned that GOEV stock may have been hammered down into buying territory. Another contributor, Will Ashworth, believes there’s potential for shares to hit double-digit prices while acknowledging the risks.

Certainly, when Canoo’s security closed up at nearly $13 per share in late November last year, the idea of a comeback was very attractive. And to Early’s point, the EV manufacturer didn’t suddenly become a much-worse outfit, especially not over the trailing month-and-a-half period. Additionally, institutional investors can rotate back into GOEV stock once some of the broader headwinds fade.

However, I’m not entirely sure if those broader headwinds will fade anytime soon. For one thing, the Federal Reserve appears very serious about its proposed hawkish monetary policy. Second, eastern Europe appears on the verge of a hot conflict, which will almost surely have global economic consequences.

For Canoo in particular, the competition — as is the case for Rivian — is fierce. Also, keep in mind that people buying used cars at crazy premiums will likely hold onto their vehicles for longer, a statistic which is already at record heights. So Canoo may be facing a smaller-than-anticipated consumer base.