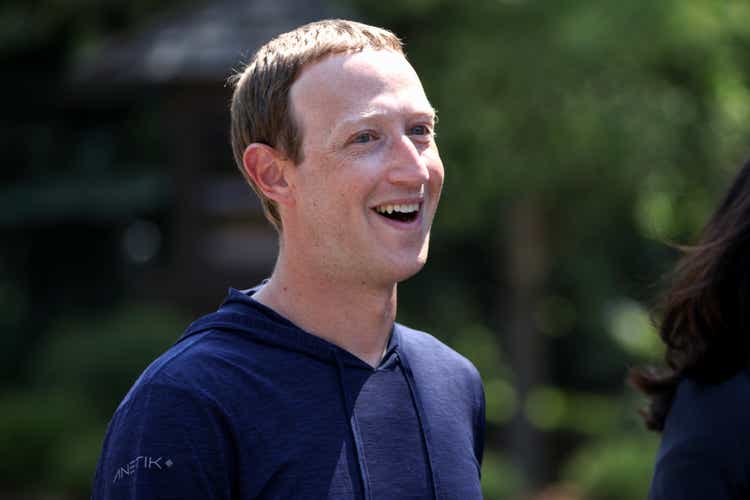 The More Things Change, The More They Stay The Same

As we grind through a period of significant fear, uncertainty, and pessimism, we contend there has not been a better time to be accumulating high quality equities in literally years. We view the current valuation environment for many companies, of which Facebook is one, as akin to the mid-1970s (some may disagree. I would say it’s hard to disagree on Facebook (NASDAQ:FB), considering it almost touched 10x p/e over the last couple months).

Notably, as we believe is the case today, most investors of the 1970s (both retail and professional) vanished during the precise times when it was very worthwhile to buy high quality, rapidly growing companies, such as Walmart (WMT) or American Express (AXP) in the 1970s or Facebook in the early 2020s (so we believe).

This idea was neatly summarized in an excerpt that’s buried deep in the annals of our content library (which, after much searching, I’ve failed to locate), but, essentially, the excerpt detailed the state of professional investor psychology in the 1970s.

The excerpt illustrated that professional investors decided not to invest simply because no one else was investing! Individuals getting paid to allocate money looked to their peers for guidance as to how they should invest.

To state that this is a rather suboptimal mental orientation would be a gross understatement.

Simultaneously, the world’s greatest investor described his experience during the aforementioned period in the following way:

[I paraphrased the quote.]

By which Buffett meant he could buy incredibly high quality companies at extremely discounted prices!

During this time, Buffett was buying companies such as the Washington Post, his purchases of which are illustrated in the chart below:

As can be seen above, Buffett purchased shares of the Washington Post after it’d declined 80-90% from 1972 to 1974. At the time, the Washington Post was embroiled in a battle with the Nixon administration. Imagine purchasing a company that was being targeted by the most powerful political office on earth while inflation raged!

We would relish the opportunity, of course, but it illustrates the nature of the environment in which we should be giddy to buy companies!

In short, the best time to be buying is when seemingly no one else wants to buy and it feels “unsafe” to do so.

The worst time to be buying is when everyone else is buying and it feels “safe” to do so.

Both can be “good times” to buy, but the former is unequivocally the best time to buy.

I think many can attest that it’s felt quite “unsafe” to buy stocks over the last 6 months or so, during which, as we’ve mentioned, we’ve been buying hand over fist.

If we wash away expenses, and only assess the margin profile and profitability of its core, global monopoly assets: Facebook, Instagram, and WhatsApp, it trades at about 13x price to free cash flow on a TTM basis. The assumptions here are $118B in TTM revenue and 40% fcf margin. I would say the fcf margin is actually quite conservative.

This implies a free cash flow yield of about 8.5%, while the 10-year treasury note trades at sub 2%…

On a pure, quantitative basis, Facebook… well, saying “Facebook trades for nothing” really doesn’t even do it justice.

We’ve long maintained that Facebook is equivalent to Apple (AAPL) circa 2016-2018.

It may be somewhat shocking for those just joining the market, but once upon a time, Apple was actually heavily doubted by the market. On the heels of Blackberry imploding after, just years before, having hundreds of millions of mobile device users, Apple was thought to be a commodity hardware producer whose product was likely to fall out of favor, or, at the very least, commoditize to the point where it could not generate profits, as more and more smartphones came onto the market.

Interestingly, Apple traded down to ~8x price to free cash flow on a couple occasions in the early 2010s.

As of today, this valuation is almost inconceivable for most investors. It represents a greater than 70% decline from where Apple currently trades.

Nothing Is Guaranteed But What Are We Getting For 16.5x Price To Free Cash Flow?

In 2016, Warren Buffett considered Apple at ~8x price to free cash flow. His reasoning probably went something like this:

Ok, what am I getting for ~8x price to free cash flow?

A user base of 600M iPhones

At the time, Apple had a massive net cash position, and with the corporate tax rate falling to ~20% in 2016, Apple was able to repatriate ~$200B in cash, with which it could buy back massive quantities of its shares.

Again, nothing is guaranteed, but that’s a great bet by any standard!

And we, at the time, used a similar reasoning methodology and agreed with Buffett’s positioning:

Turning this discussion now to Facebook, we should ask ourselves what we’re getting for 16.5x p/fcf.

In my estimation (and others will certainly disagree), we’re getting:

Most Visited Websites In The World

What About This Metaverse Situation? Isn’t This An Illustration Of Desperation From The Company?

We have long owned Facebook for specifically for its metaverse ambitions.

We documented the idea that Facebook would become a metaverse company in October of 2020 via these notes before anybody else was even mentioning the word metaverse! (There were a few others, but it was certainly not mainstream yet).

In the second note (which we’ve not publicly published at this time), we illustrated that Zuck had been planning this push into the metaverse, or virtual realities to put it another way, since 2015! During which time Zuck was considering buying Unity Software (U).

Thank you for reading, and have a great day!

7 Defensive Stocks to Buy for a Bear Market
BASF A Potential Loser And Dow A Likely Winner In This Geopolitical Turbulence
What Is a W-9 Form and How Is It Used? A Guide
FuboTV’s Latest Hires Point to Future Growth
7 Stocks to Own Until 2032 and Beyond