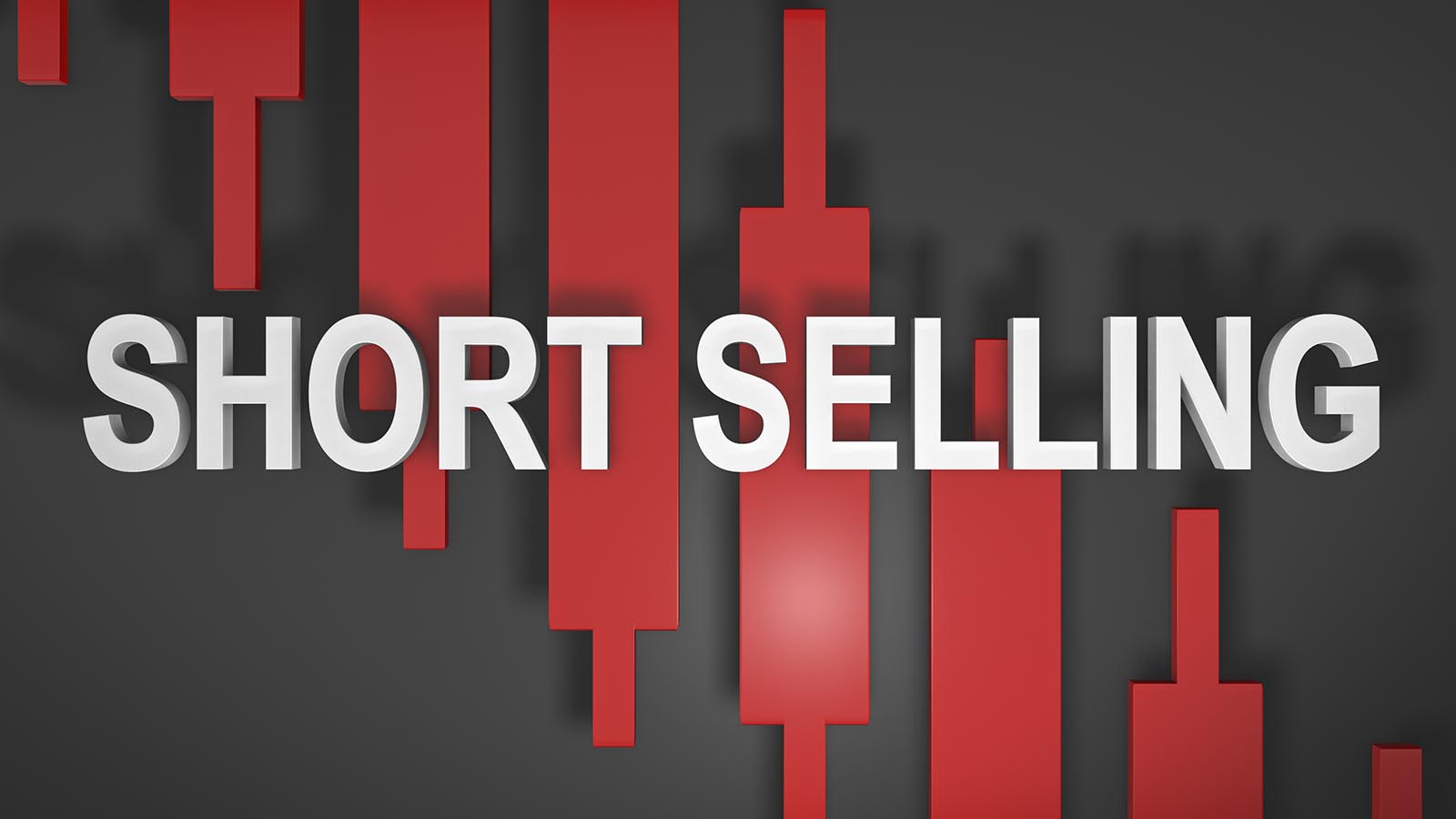 It was yesterday’s news, but its impact was anything but a one-off rush-to-judgment by investors. I’m talking about Snap (NYSE:SNAP), its bearish warning and implications for other companies share prices which make them stocks to short.

First came Lyft (NASDAQ:LYFT), followed by Walmart (NYSE:WMT) and Target (NYSE:TGT). Then, on Tuesday, it was social media platform Snap’s turn to trend bearishly with Wall Street. Shares of the social media platform plunged 40% on the session after the company surprised investors five weeks in front of its next earnings release with drastically reduced and below views sales guidance tied to advertising dollars.

According to analyst Brent Thill at Jeffries, the warning is far-reaching and not specific to SNAP with ad spend typically the first to go in an economic downturn. Today let’s look at three companies with similar risk, as well as other issues, off and on the price chart, which make them stocks to short today.

Meta Platforms (NASDAQ:FB) is the first of our Snap stocks to short.

The world’s largest social media platform saw its shares tumble 7.62% on Tuesday in the wake of the Snap warning. But Facebook’s parent company Meta Platforms hasn’t been well-liked on Wall Street for some time now.

FB stock is off 46% in 2022 and just over 50% below last September’s all-time-high of $384.33. Over the past couple quarters the company has reported line items ranging from profit declines tied to climbing expenses, competition, fewer daily U.S. users enjoying Facebook and similar to SNAP, shaky ad revenue growth.

The damage to this prime stock to short’s shares doesn’t appear to be over either.

Technically, FB stock is has failed its lifetime 50% Fibonacci and Covid 76% levels, and on the cusp of breaking below its long-term uptrend line within a down channel backed by a bearishly supportive oversold stochastics crossover.

Right now the only thing ‘to like’ about this stock to short is maximizing profits on a summer-dated August $160/$135 bear put spread in anticipation of a FB stock retest of its Covid low.

Twitter (NYSE:TWTR) is the next of our stocks to short in the SNAP stock aftermath given its reliance on advertising.

As anyone that hasn’t been aboard a SpaceX starship over the past several weeks is aware, TWTR stock has been trending wildly with bulls, bears and ambulance chasing lawyers tied to Tesla’s (NASDAQ:TSLA) Elon Musk troubled $44 billion bid for the platform.

This stock to short has retraced a full 76% of its journey from this year’s low of $31.30 to its Musk-driven high of $54.57. Some like InvestorPlace’s Nicolas Chahine see the reaction as sufficient for an inviting opportunity in TWTR stock. I do too, but as a bear.

Technically, shares have filled an April gap tied to the takeover. Isolated, that could be a positive for bulls. Worryingly though, the accompanying weekly hammer candlestick stationed at the 76% level has failed. Further, stochastics in this stock to short is a certain enemy of bulls.

Finally, with the extended view revealing a downtrend since early 2021, trading Twitter as a stock to short with a bear put spread and an eye on a test of channel support near $30 or even towards TWTR’s Covid low of $20 looks compelling.

Pinterest (NYSE:PINS) is the last of our stocks to short following the bearish Snap news.

One of Covid-19’s overly-hyped tech stocks that wasn’t going to save the day, but would help keep folks busy with its visual discovery/hobby platform has proven an awful investment for the vast majority of its shareholders.

After racing higher by more than 700% in 2020 off its ubiquitous pandemic-assisted all-time-low, it’s been back to the eraser board for this stock to short. Shares have been off as much as 82% on the back of items like lesser ad dollars, not-quite-good-enough earnings beats, weaker monthly active user metrics and more over the past year.

To be fair, I’m not a fan of kicking them when they’re down, but it is a technically appealing trade right now in PINS stock.

As the provided weekly chart shows, PINS is attempting to break beneath its down channel support line which shares have been hugging since its January failure below its former all-time-high from 2019.

With accompanying bearish volume and an overbought stochastics signal also key features, today’s visual discovery is that shares remain a stock to short with an eye and strategy focused on its $10.10 March 2020 bottom.

On the date of publication, Chris Tyler did not have (either directly or indirectly) any positions in the securities mentioned in this article. The opinions expressed in this article are those of the writer, subject to the InvestorPlace.com Publishing Guidelines.

The information offered is based upon Christopher Tyler’s observations and strictly intended for educational purposes only; the use of which is the responsibility of the individual. For additional market insights and related musings, follow Chris on Twitter @Options_CAT and StockTwits.