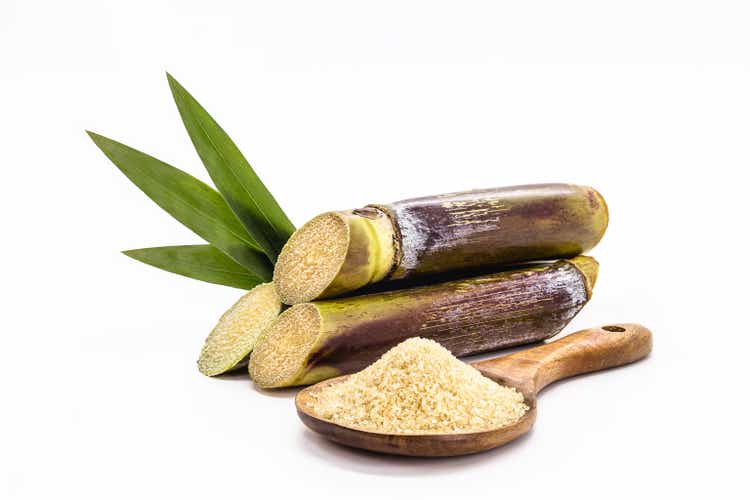 Despite high fuel and commodity prices, the last six months or so have been rather mixed for Cosan (NYSE:CSAN), with the ADRs of this large Brazilian conglomerate down around 5% since my last article and modestly underperforming the Brazilian stock market. Relative to other publicly-traded ethanol plays like Sao Martinho and Adecoagro (AGRO), though, the performance has been a fair bit better, as Cosan’s diversification in areas like lubricants, rail, and natural gas distribution have helped offset a roughly 25% – 30% decline in ethanol prices since April.

Cosan is always going to be a complex, challenging company to model and own – not only due to its participation in commodity markets, but also its holding company structure and diverse operations. That said, this management team has created value for shareholders over time, and I believe they will continue to do so. Between organic and inorganic growth opportunities, I continue to expect mid-to-high single-digit long-term revenue growth from Cosan and believe these ADRs should trade in the low-to-mid $20’s.

Better Results In A Tough Environment

Despite a lot of moving parts to the fuel and broader economic situation in Brazil, not to mention adverse weather and higher input prices, Cosan delivered a good set of results for the second quarter, with an adjusted EBITDA result that was about 13% better than expected.

Revenue rose 69% year over year on a pro-forma basis, with the large Raizen joint venture logging 72% revenue growth on strength across ethanol (up 75%), sugar (up 163%), and fuel distribution (up 64%). Compass (the gas distribution business) saw 70% revenue growth, while the Moove lubricants business grew 45%. Rumo, the company’s rail business, saw 11% growth, as respectable tariff growth (around 6%) was mitigated by weaker volumes in the South region due to weather-related issues with the soybean crop.

Adjusted EBITDA rose 35%, with margin down 230bp to 9.7%. It’s worth remembering that there are a lot of moving parts to Cosan’s EBITDA figures (and other financials as well), and different analysts/investors make different adjustments – in this case, I’m going with the company’s reported adjusted figures.

Raizen was the biggest contributor to EBITDA (up 55%) and the biggest driver of upside. Ethanol and Sugar saw lower margins in the quarter (down about nine points to 16% and down seven points to 6%, respectively) due in part to higher operating costs, while Marketing was relatively stronger. Compass EBITDA rose 35% and was also higher than expected, while Moove rose 56% (another solid beat) and Rumo rose 5% (basically inline).

Sugar And Ethanol Still Very Much Up In The Air

It’s never easy to predict the prices of ethanol or sugar, but today’s environment seems even more challenging than normal. Some of the price pressure on ethanol seen since April can be tied to tax policies in Brazil, and further cuts to gasoline taxes could add more pressure even as oil prices are declining. Demand was quite healthy in the second quarter (sales volumes up 54%), but pricing remains a big variable.

Sugar pricing is not quite as volatile, but not exactly secure either. Russia’s invasion of Ukraine has not only added volatility to the oil and gas markets, but could have some ongoing impact on the sugar market given that Russia is a leading grower of sugar beets. India also seems set to increase production this year, and the global sugar market could be in surplus for this crop year. Even so, weather is impacting the Brazilian crop and could hit other producing areas later this year; global sugar prices have remained above long-term averages, and Cosan (Raizen) saw a 23% increase in average realized prices in the second quarter.

Cosan isn’t immune to the weather risks. Cane crush was down 15% in the quarter, and yield was down about 6%, both attributed to weather, and management believes the full-year harvest will be about 5% below its target. The company should be able to secure the cane it needs to maintain operating scale/efficiency, but this is yet another challenge on top of increasing input costs.

Looking at some strategic developments, the company is moving forward with its second E2G plant (cellulosic ethanol that uses bagasse as the feedstock), and management sounds pretty excited about this opportunity. The company is looking to add two new plants a year for the next 10 years, and this looks like a highly efficient way for Cosan/Raizen to make use of its own waste products (bagasse).

Cosan/Raizen could also look to make an even bigger play for increased scale. Word came out about a week ago that BP (BP) and Bunge (BG) are looking to sell their Brazilian sugar/ethanol JV (BP Bunge Bioenergia), and Raizen would be a logical potential buyer, adding 32-33Mt of crush capacity and 1.5B liters of ethanol production capacity to Raizen’s existing capacity of around 105Mtpa/3.8B liters.

Active On Capital Deployment; This Isn’t Likely To Change

Cosan has also been more active of late on capital deployment into other businesses. In addition to acquiring 51% of Gaspetro from Petrobras (PBR) in July (now part of the Compass gas segment), the company acquired PetroChoice earlier this year. PetroChoice is a North American lubricants marketer/distributor that handles about 20% of Exxon Mobil’s (XOM) Mobil lubricants volume in the United States.

Cosan has also been active in more organic pursuits, including a new LNG regasification terminal in Brazil and expanding its port and rail assets in Brazil.

Given the commentary at management’s May Analyst Day, investors should expect more of the same. Management has not been shy about talking up the IRRs from its various investments (ranging from 19% for Rumo to 27% for Raizen), and has continued to talk about seeing multiple opportunities both within and outside of Brazil.

I’ve said this many times in the past, but it merits repeating – Cosan is a difficult company to model in the best of times. There are a lot of moving parts here, and a lot of those moving parts are driven by commodity markets and external events (like weather) that are very difficult to model accurately. Honestly, the best I think an investor can reasonably hope for is to be “approximately right” over a three to five year period.

To that end, I remain confident in the company’s strong scale leverage in ethanol and sugar, and ongoing growth opportunities in retail fuel distribution. I also see growing scale and efficiency advantages in the gas distribution business and growth potential in the lubricants business (where the company has been gaining share in Brazil and recently entered the U.S.). Rumo, too, still looks like an excellent long-term growth opportunity given the growth potential of the Brazilian agriculture sector and the lack of access to cost-effective transportation in many areas.

I still expect Cosan to generate long-term revenue growth of around 6%, and I continue to expect free cash flow margins to move toward the mid-single-digits as the company moves past some significant capital investments and further leverages its scale. I do see some risk to this estimate, as it wouldn’t really surprise me if management maintained a higher level of growth-enabling capex, leading to higher long-term revenue but kicking the can down the road with respect to FCF leverage.

Between discounted cash flow and a 6.5x EBITDA multiple (based on margins and returns), I believe Cosan ADRs are undervalued below the low-to-mid-$20’s. This is not the easiest stock to follow or own, and investors may not want this much exposure to commodity markets (nor a management team that is aggressive with capital allocation), but I do believe more risk-tolerant investors will be happy with the long-term returns from an investment here.