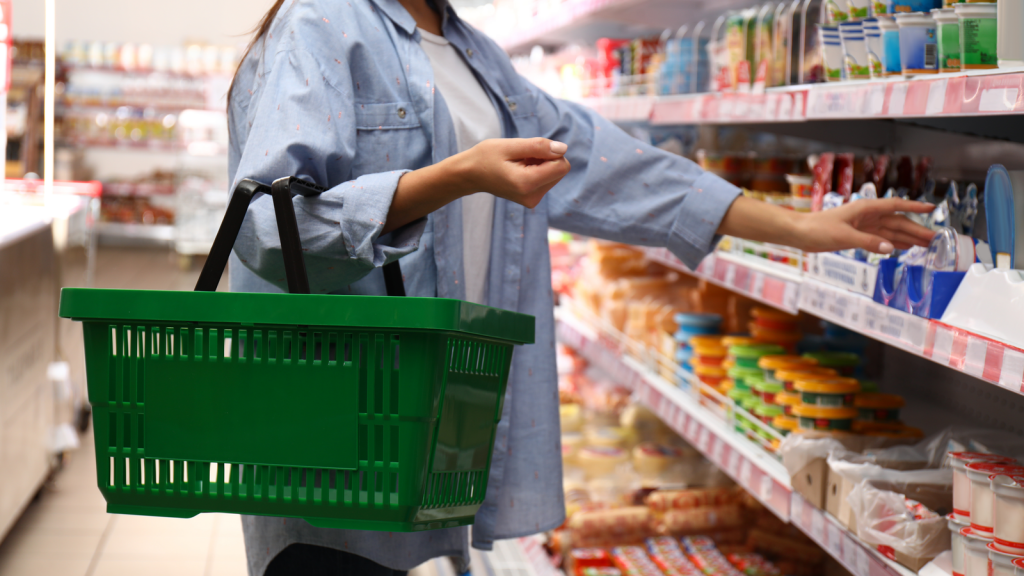 This year, consumer stocks have been hammered as inflation lingers at 40-year highs and interest rates rise. The Dow Jones U.S. Consumer Goods Index is down 20% this year as consumers pull back on their spending. However, some consumer-focused companies have performed worse than others. Much worse.

Whether it is due to poor management, failure to adapt to a changing marketplace, or doomed deals, some consumer-oriented stocks have suffered 50% or more declines through the first nine months of the year. Many companies are clearly in jeopardy, and analysts question their long-term viability.

Thus, investors would be best advised to avoid such companies in danger. With that in mind, here are the following seven consumer stocks to sell: 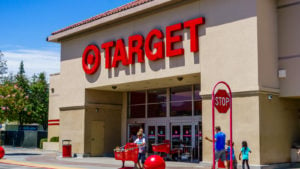 It may not die, but consumer retailer Target (NYSE:TGT) sure hasn’t been the same coming out of the pandemic. The company has spent most of this year selling off excess inventory at deeply discounted prices as it adjusts to slowing consumer demand.

The result has been that the Minneapolis, Minnesota-based company has lowered its forward guidance twice this year, and its quarterly profit declined nearly 90% in the three months ended July 30. The turmoil has weighed heavily on TGT stock, down 36% on the year and trading at just over $150 a share.

While some shareholders have called for new management, it was announced earlier in September that Target’s CEO Brian Cornell will remain in his position for three more years after Target did away with its mandatory retirement age of 65.

Of course, Target may get its inventory back down to manageable levels. However, it is still grappling with inflationary pressures, slowing consumer spending, and ongoing supply chain constraints, likely to continue lowering its share price in the coming months. Thus, I believe Target is one of the top consumer stocks to sell.

It’s been an equally ugly year for clothing retailer Gap Inc (NYSE:GPS). The San Francisco-based company has seen its stock price fall 65% in the last 12 months, including a 53% decline this year. GPS stock now trades at $8.69 and continues to slump. The most recent news out of the company is that it is laying off 500 employees, equal to about 5% of its 8,700 global workers. The job cuts come amid mounting losses and turmoil at the company’s upper echelons.

In July, Gap announced that CEO Sonia Syngal was stepping down immediately after less than three years in the position. This is as sales continue to weaken across the board at Gap Inc and its other retail chain Old Navy. Even singer Kanye West has abandoned the Gap brand, announcing recently that he is terminating early his two-year promotional deal with Gap, citing “substantial noncompliance” with the terms of the contract. Et Tu Kanye? 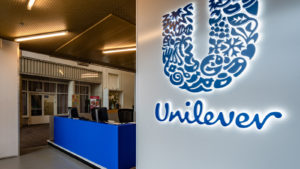 Given that it’s the largest maker of soap in the world, among many other consumer products, one would assume that shares of Unilever (NYSE:UL) would be pretty resilient to this year’s market downturn. But it is not.

Unfortunately, UL stock is down 19% year to date and trading at $43.67 a share. This is even though Unilever makes many of the most beloved and essential consumer products worldwide, ranging from Dove soap to Sunlight laundry detergent and Ben & Jerry’s ice cream.

The deflated share price comes as consumer spending rolls over and also as Unilever’s CEO prepares to exit the company. Also, Unilever is grappling with famed activist investor Nelson Peltz, who now has a seat on the company’s board of directors.

Unilever CEO Alan Jope announced his plans to retire following a failed attempt to buy the consumer healthcare business of GlaxoSmithKline (NYSE:GSK). For his part, Peltz wants Unilever to become a leaner, more nimble company. Shortly after Peltz joined the board, Unilever announced plans to cut 1,500 management jobs and reshape its business. 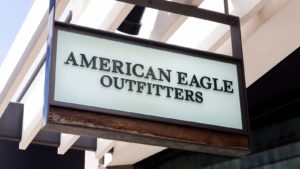 Like Gap, clothing retailer American Eagle Outfitters (NYSE:AEO) has had a bruising year. Since January, AEO stock has fallen 60% to trade at $10.46 a share. The Pittsburgh-based company is struggling with all the same challenges as the other companies on this list. Inflation, declining consumer spending, and supply constraints have hurt American Eagle Outfitters’ earnings. The company’s most recent financial results showed that its inventory levels rose 36.3%, even though its gross margins fell to 30.9% from 44.3%.

Consequently, American Eagle Outfitters has been forced to deeply discount its clothing merchandise to sell and reduce its inventory levels. All the discounting led American Eagle Outfitters to report a second-quarter earnings-per-share (or EPS) profit of 4 cents, which was well below the 60 cents a share expected on Wall Street. The company also announced that it is suspending its quarterly dividend, which yielded a hefty 6.2%. The canceled dividend payment sent many shareholders rushing for the exits, making it one of they key consumer stocks to sell.

It seems like a long time ago now that department store chain Macy’s (NYSE:M) was thriving during the pandemic. But this year, M stock has plummeted 42% to change hands at $16.49 per share. The stock is far from its all-time high of $70 a share in 2015.

While the company has traditionally thrived during the year-end holiday shopping season, Macy’s seemed to acknowledge that it doesn’t anticipate robust consumer spending this year, announcing that it plans to hire 41,000 seasonal workers for the holidays this year, 46% of the 76,000-holiday staff hired in 2021.

Macy’s has been trying its best to navigate these uncertain times by enhancing its digital/online sales channels. But here, too, Macy’s has struggled. In its most recent quarter, the company announced that its digital sales declined 5% yearly. The company has announced a three-year plan to turn around its fortunes, which it calls “Polaris.” However, the plan seems to have underwhelmed analysts who cover the company.

Macy’s most recently lowered its forward guidance and says it now expects fiscal 2022 revenue from $24.34 billion to $24.58 billion, down from previous forecasts of $24.46 billion to $24.7 billion. Thus, making it one of the consumer stocks to sell. 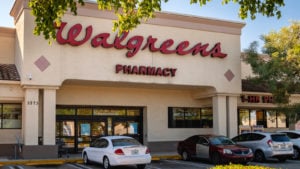 Retail pharmacy chain Walgreens Boots Alliance (NASDAQ:WBA) also did well during the pandemic when its more than 8,900 drugstores sprinkled across all 50 states dispensed Covid-19 vaccinations. But this year has been another story.

Through nearly nine months of 2022, WBA stock is down 38% at around $32.59 a share. The stock has been deep-sixed since Walgreens announced plans to spend $5.2 billion to acquire the primary care company VillageMD last year.

While that might sound good on paper, investors appear to be concerned with the hefty amount invested in VillageMD and a slowdown in consumer foot traffic at Walgreen locations coming out of the pandemic. Therefore, it will be a while before the VillageMD plan shows any results. 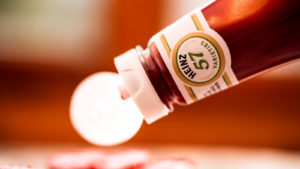 You know it’s bad when legendary investor Warren Buffett says he regrets buying a stock. While the Oracle of Omaha still owns nearly $11 billion worth of Kraft Heinz (NASDAQ:KHC) stock, it is undoubtedly one of his worst investments.

Over the past five years, KHC stock has fallen more than 60% to trade at $33.34 per share. Over the last ten years, the stock has declined 27%, leading many analysts to refer to Kraft Heinz as a value trap.

The food company that makes everything from ketchup to cream cheese and owns popular brands such as Oscar Mayer hot dogs has seen its share price deflate since Kraft Foods and H.J. Heinz merged in 2015 at a price tag of $49 billion, creating the third-largest food company in North America.

While the merger, with its promised synergies and competitive advantages, lured many investors, including Buffett, those benefits have never really materialized. And that’s led to KHC stock steadily eroding over the past seven years, making it one of the top consumer stocks to sell.