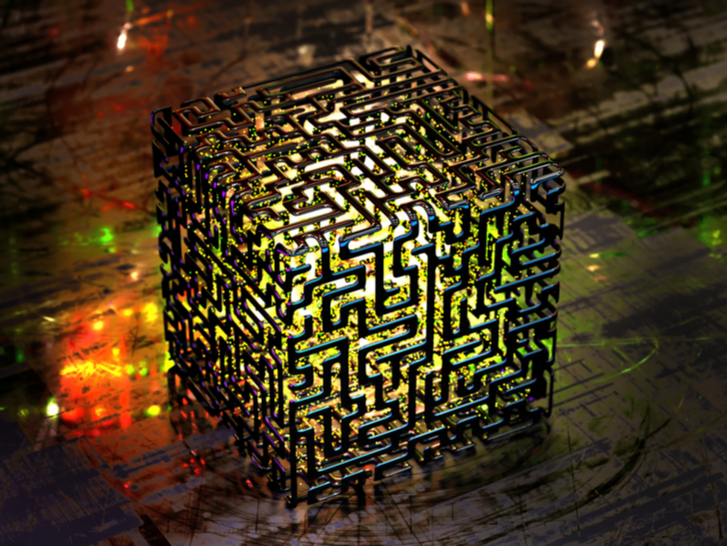 What will be the next big thing in technology? Some futurists have made the case for quantum computing stocks.

Quantum computing aims to reimagine the future of advanced calculations. Historically, computing power has grown at a predictable rate largely constrained by Moore’s Law. This is the observation that as the number of transistors on a semiconductor chip tends to double every two years, the cost of computing drops by half. This has long governed the pace of innovation in the computing industry.

However, we’re hitting physical limits to how much smaller chip fabrication technologies can reach. Moore’s Law can’t go on forever. To deliver further exponential gains, a new computing technique will be needed. According to Microsoft’s (NASDAQ:MSFT) fact sheet, “Quantum computers harness the unique behavior of quantum physics — such as superposition, entanglement, and quantum interference — and apply it to computing.”

If successfully applied at a commercial scale, this new technique could offer breakthroughs in fields as diverse as artificial intelligence (AI), biotechnology, computation chemistry and autonomous driving. Here are seven quantum computing stocks that could stand to benefit.

Many discussions of quantum computing start with Alphabet (NASDAQ:GOOG, NASDAQ:GOOGL). In 2019, Google announced that it had achieved “quantum supremacy,” in which its quantum computer Sycamore achieved the rapid calculation of a problem that would take existing supercomputers thousands of years to achieve.

This claim has since come under fire. In 2022, Chinese scientists responded, saying they had built a classical computer that could achieve the calculation in a similar period of time and outperform Sycamore. As happens on the cutting edge of science, a great deal of rivalry and competition remains.

In any case, Google’s announcement set off a land rush in the quantum computing space. Google has a unique position in that if its Sycamore project has increasing success, it can leverage that across a wide variety of other futuristic Google ventures such as AI, healthcare and autonomous driving. It may take a long time for any quantum computing venture to add much to Google’s top line given how massive the core search and advertising business is by comparison. However, this stock is clearly part of the quantum computing conversation.

Nvidia (NASDAQ:NVDA) has its sights on a number of next-generation technology applications. One of these includes quantum computing. Nvidia appears to be marketing itself as a picks-and-shovels sort of way to get exposure to the industry.

It can do this via creating quantum simulations. Here’s the company’s explanation: “NVIDIA cuQuantum is an SDK of optimized libraries and tools for accelerating quantum computing workflows. With NVIDIA GPU Tensor Core GPUs, developers can use cuQuantum to speed up quantum circuit simulations based on state vector and tensor network methods by orders of magnitude.”

Quantum computing is unlikely to be a primary driver of NVDA’s stock price in the near future. But it could add another catalyst to the company’s growth outlook over time.

IBM (NYSE:IBM) has been working on developing its own quantum computing systems for quite awhile. And it’s had a significant amount of success to date. Its Hummingbird computing system hit 65 qubits of operating capability in 2020. IBM is aiming to top 1,000 qubits within the next couple of years. The capacity of qubits is a key consideration for when this technology may reach commercial viability.

Investors might be skeptical of IBM’s abilities here. After all, the company has long touted Watson, its AI-powered computer system that answers questions posed to it in natural language. Watson has proven adept in winning at games such as chess and Jeopardy but has not achieved the levels of commercial prominence that IBM stock bulls might have previously hoped.

Will IBM’s quantum computing venture follow a similar path? Only time will tell. However, IBM retains a highly profitable core business while being one of the most powerful research and development (R&D) teams in the world. Items such as IBM’s quantum computing arm serve as upside options that could suddenly cause IBM stock to move to a higher valuation.

Microsoft (NASDAQ:MSFT) used to be known for missing several key technological trends, such as smartphones. However, it’s gotten much better about leading new technological trends. The firm’s early and powerful move into cloud services, with Azure, has been exceptionally successful. And now, Azure itself is giving Microsoft into a beachhead into quantum computing.

Microsoft is building a quantum ecosystem within Azure. Both through Microsoft’s own internal products and with its partners, Microsoft offers quantum computing solutions to its customers.

This is easier for customers, since they can get access to quantum computing solutions through their existing cloud offering instead of having to get a physical quantum computer. It also creates immense lock-in for Azure in an increasing competitive cloud computing industry.

Another thing we can be sure of is that existing technology leaders won’t take innovation lying down. Taiwan’s government, to that end, announced a $290 million investment plan in 2021 for developing future quantum computing innovations.

If quantum computing really takes off, it would threaten Taiwan Semiconductor’s (NYSE:TSM) monopolistic position in current semiconductor manufacturing. So, Taiwan as a nation, and TSM in particular, are understandably investing to keep up with potential competition. It remains to be seen exactly what TSM’s long-term approach to quantum computing will be. But it’s a dominant player in computing technology today and is investing in quantum. 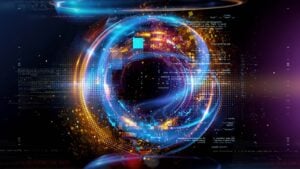 For the final two picks, we have pure-play quantum computing stocks. It should be noted from the top that these two are far riskier than anything else on the list. These companies have failed to generate meaningful revenues or fully proven out their business models as of yet.

Rigetti (NASDAQ:RGTI), in particular, is one of the two primary special purpose acquisition companies (SPACs) that went to market recently related to quantum computing. Rigetti claims to have some of the most powerful quantum computing technology out there. And it has impressive research partnerships with organizations such as the U.S. Air Force and the Department of Energy.

Rigetti only generated $8 million in revenues in 2021, and is expected to bring in $13 million this year. The company is still years shy of reaching a tipping point where it generates substantial commercial demand. However, for pure-play quantum computing stocks, Rigetti is one to watch.

This is by far the most controversial pick on this list. IonQ (NYSE:IONQ) claims to have “the world’s most powerful quantum computer.” Short seller firm Scorpion Capital, however, called the company a “brazen scam” in an exhaustive 183-page report. For investors that aren’t quantum physicists, it can be hard to evaluate the merits of the company’s technology and the ensuing short seller claims.

What we do know is that IonQ has generated scant revenues so far. Even by its own admission, there’s a long path ahead of it before it develops enough qubits to generate substantial commercial demand and finally reach profitability. However, it’s also been easy for short sellers to go after SPACs with unproven business models. Many of Scorpion’s points about the company’s current financials could be correct without invalidating the company’s entire technology.

In any case, IONQ stock remains the single largest holding in the Defiance Quantum ETF (NYSEARCA:QTUM) as of the time of writing, despite the controversy. For investors willing to speculate on a high-risk, high-reward quantum computing stock, IONQ stock is certainly cheaper now than it was a year ago.

On the date of publication, Ian Bezek held a LONG position in IBM stock. The opinions expressed in this article are those of the writer, subject to the InvestorPlace.com Publishing Guidelines.