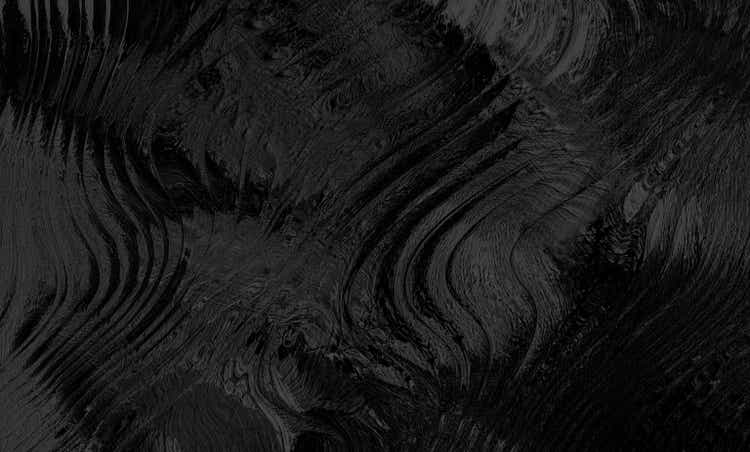 It is worth noting that the foreign exchange rate ($US/CAD$) increased from 1.26 in 2Q 2021 to 1.27 in 1Q 2022 and 1.28 in 2Q 2022. “Our strategy is focused on maintaining moderate production growth, operational excellence, improving our debt leverage, and delivering top quartile total shareholder returns,” the company stated.

“The Company drilled, completed, and brought on production six (6.0 net) extended reach horizontal (ERH) wells in Pembina, two (1.7 net) ERH wells on our Prairie Storm assets, and one (0.2 net) non-operated Willesden Green ERH well during the first half of 2022,” the management stated. “The Company completed the drilling operations of an additional two (1.9 net) 2 mile ERH wells in Willesden Green in the second quarter which were brought on production in July,” the management continued.

However, due to the ongoing Russian oil sanctions by the European Union countries and Iranian oil sanctions, oil prices should be supported. Moreover, OPEC+ may announce major cuts in production to stop oil prices from decreasing. Goldman Sachs estimates the price of Brent crude oil to average $100 per barrel over the last three months of the year. According to EIA, the Brent crude oil spot price averages $98 per barrel in the fourth quarter of 2022.

Figure 3 shows that natural gas prices in the United States decreased from more than $9/MMBtu to $6.7/MMBtu in the past few weeks as summer demand decreased (as a result of lower temperatures in the United States). Also, due to lower natural gas exports as a result of storm-related outages at the Freeport LNG export plant in Texas, the second-biggest U.S. LNG export plant, more natural gas is available for domestic use. EIA expects Henry Hub price to average $9/MMBtu and then fall to an average of about $6/MMBtu in 2023 as U.S. natural gas production rises.

In this detailed analysis, I have done some investigations in Obsidian and InPlay Oil profitability ratios to evaluate the companies’ abilities to bring income and utilize its assets to generate profit for their shareholders. To cater beneficial insights into the financial well-being of each company, I have analyzed the profitability ratios across the board of margin ratios and return ratios. To be more useful, I have calculated the ratios compared to previous periods.

Overall, margin ratios capture the capability of the company to convert sales into profits in a variety of measurements. In this regard, I will investigate Obsidian energy’s gross profit and EBITDA margin conditions and then, compare them with InPlay Oil’s. Obsidian’s gross profit margin has been in an improvement path during the preceding year and sat at 0.76 in 2Q 2022. Its current gross margin increased by 8% versus its level of 0.70 in the 1Q 2022, and 26% year-over-year compared with the same time in 2021. Meanwhile, after a 19% drop in OBE’s EBITDA margin in the first quarter of 2022 from 0.61 at the end of 2021, it increased back to the level of 0.73 in the 2Q 2022 notwithstanding being far lower than its year-over-year amount of 3.54 in 2Q 2021.

The benefit of investigating the EBITDA margin is that it excludes volatile expenses and thus is a good measurement to represent a clear picture of the performance between peers. In short, Obsidian Energy’s margin ratios have improved both quarterly and year-over-year compared with the same time in 2021 (see Figure 4).

Also, in the case of InPlay Oil’s margin ratios, there is a witness that the company has developed its margin ratios during the last year. To shed some light, IPOOF’s gross profit margin has increased continuously and sat at 0.82 at the end of the second quarter of 2022. Its profit margin increased by 15% year-over-year compared with its amount of 0.71 in 2Q 2021. Furthermore, its EBITDA margin sat at 0.74 in the second quarter of 2022, which is far higher than its level of only 0.39 at the same time in 2021 (see Figure 5).

To represent Obsidian’s ability to cater returns to its shareholders and compare it with InPlay Oil, I have investigated their return on assets and return on equity ratios. The ROA ratio reflects how much profit a company is able to generate for every dollar of its assets. Obsidian’s ROA ratio experienced a deep drop in its third and fourth quarters of 2021, and sat at 3.5% and 1.5%, respectively. However, since the beginning of 2022, its return on assets ratio has started to increase, and finally sat at 7.4% in the second quarter of 2022. Similarly, its return on Equity sat at 12.5% in 2Q 2022 after an intense drop to 2.85% at the end of 2021. This ratio indicates the net income of the company, which is relative to the shareholders’ equity. The return on equity ratio is useful as it measures the rate of return on the money that has been invested into the company. Thus, Obsidian’s increasing return on equity shows its capability of generating cash, and thereby, less dependency on debt financing (see Figure 6).

Ultimately, when all was said and done, according to the preceding remarks and comparing some profitability metrics between Obsidian Energy and InPlay Oil, I realized that both companies are performing well and are in a healthy position to bring some benefits to their shareholders in the future. Albeit being bullish on both stocks, I would rather hold Obsidian Energy, as its profitability ratios represent more stability during the preceding year.