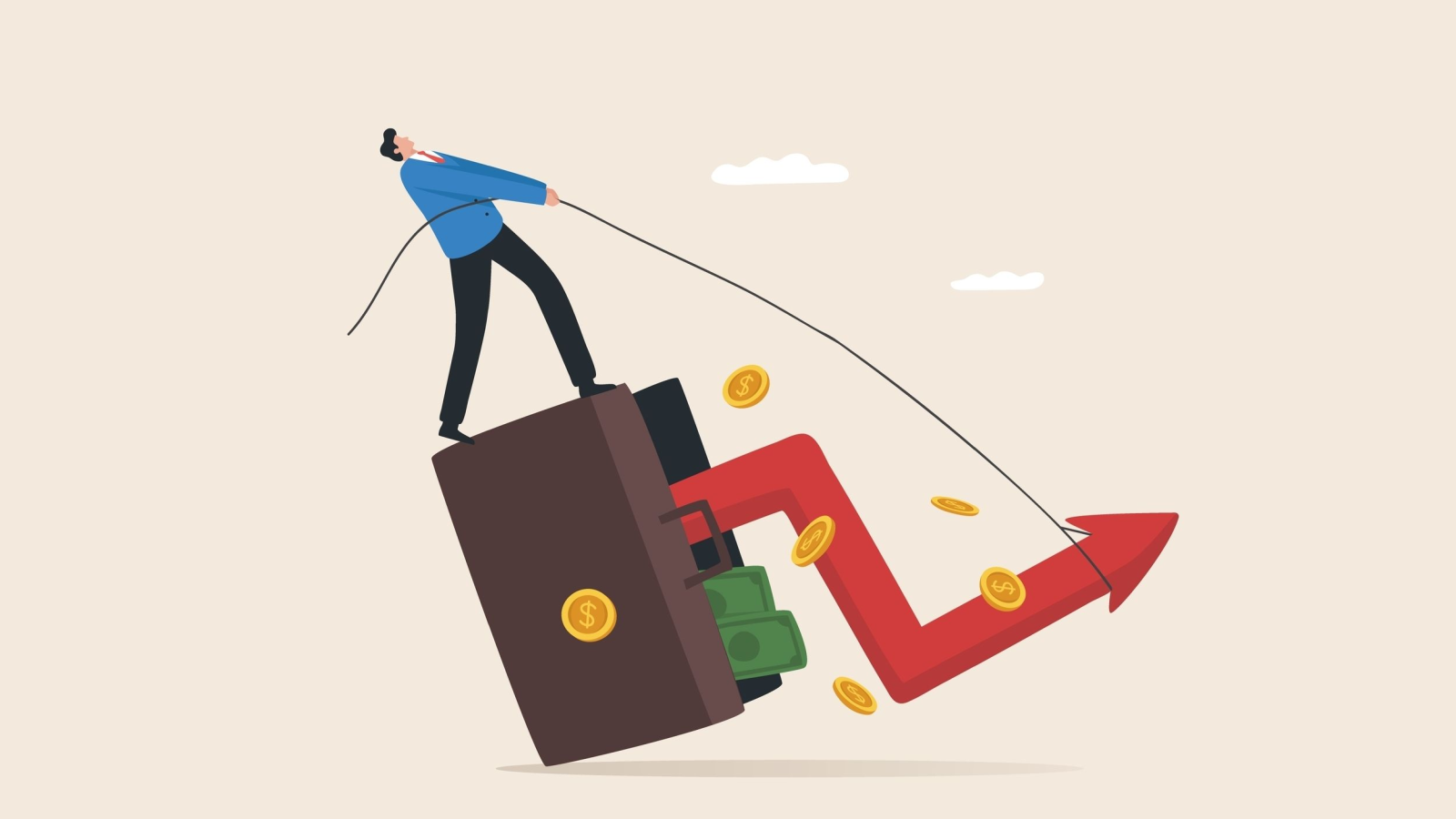 Investors who closely follow the stock market know that the Wall Street crash of 2022 has been all about three things: soaring inflation, rising rates, and a slowing economy, in that order.

However, that is now being flipped on its head. And as a result, stocks look poised to soar in 2023.

Now inflation is starting to cool and will likely fall much faster than most anticipate throughout 2023. As it does, the Fed will be forced to hike interest rates much less than expected. That will allow the economy to grow more quickly than expected.

Inflation is still a problem, but leading indicators suggest that it won’t be a problem for much longer.

Our analysis of this historical correlation suggests that the current plunge in these prices paid indices will lead to an inflation drop toward 6% by the end of the year. 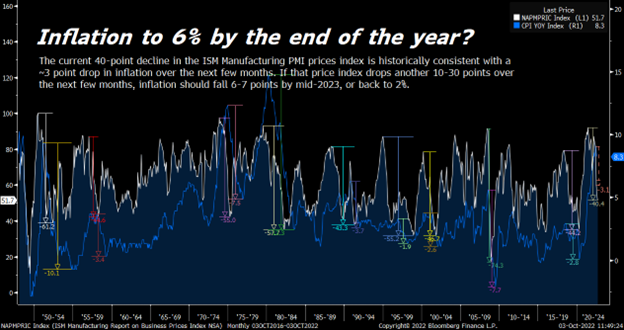 If that happens, the floodgates will open for stock market buyers because it will set the stage for a dovish Fed pivot…

A Fed Pivot Is Coming

A lot of investors have written off the “Fed pivot,” or a shift in central bank policy toward a more dovish outlook. However, we firmly believe that a pivot is very likely by early 2023.

The reality is that the market is finally priced for peak hawkishness. For months, traders simply weren’t believing the Fed when it said – over and over again – that it would keep hiking rates all the way to the 4.5% to 5% range.

As the expected peak Fed rate rose from 3% to 4.5%, stocks have unsurprisingly dropped.

But guess where we are today? The futures market is at a 4.95% Fed rate. 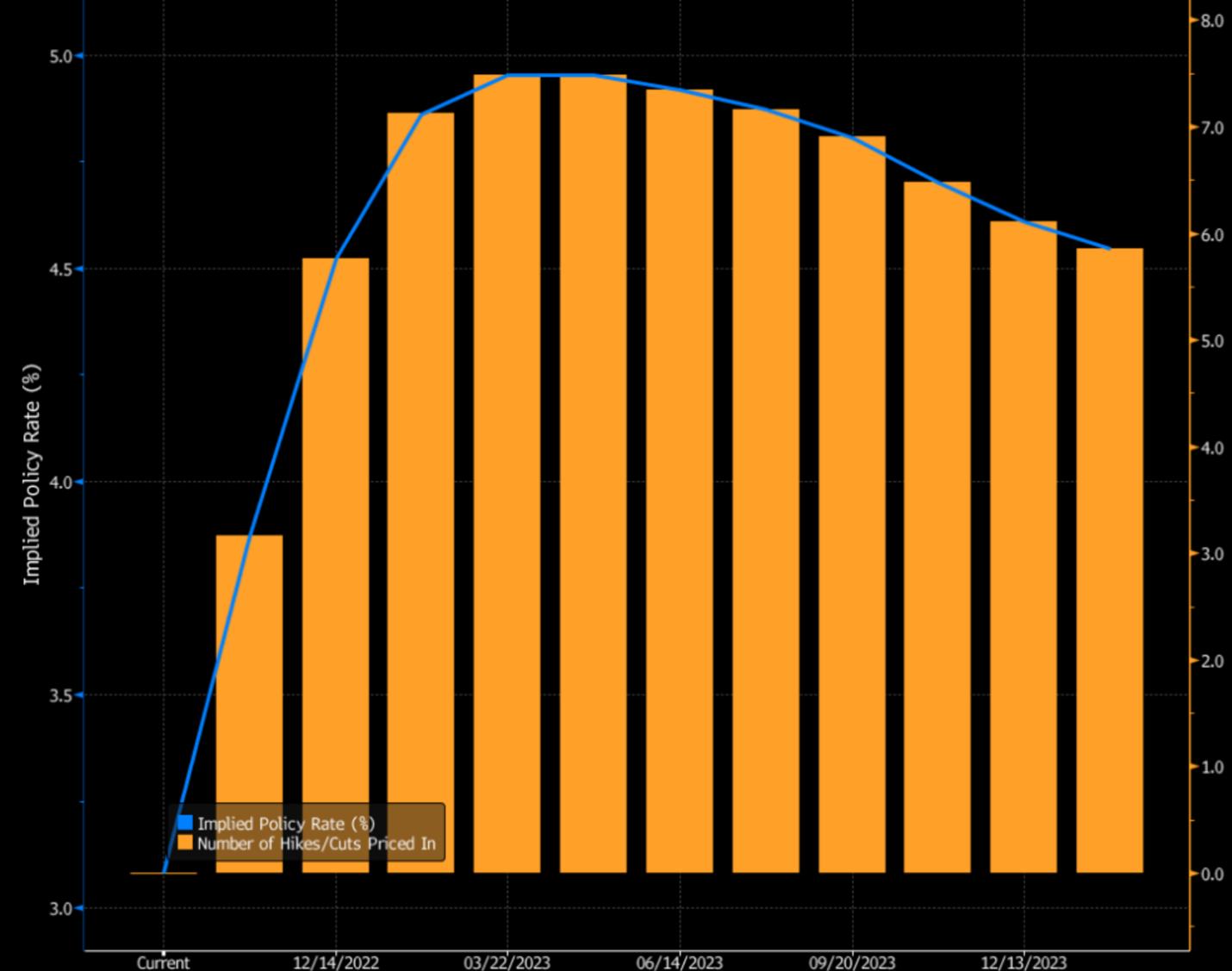 In other words, Wall Street is finally on the same page as the Fed.

That leaves very little room for any more hawkish surprises and a ton of room for dovish surprises in the event that inflation does cool. The data suggest inflation will cool. As it does, the Fed will likely deviate in a dovish manner from forecasted policy.

With the market priced for the forecast, this dovish pivot will inject firepower into the stock market.

The Economy Will Improve

One of the conundrums about the current stock market crash is that stocks are down nearly 30% in 2022. Yet the unemployment rate has actually moved lower this year toward record-lows of 3.5%. And corporate earnings have continued to grow at a very healthy clip.

That’s unusual. And it only makes sense if a major economic downturn does materialize in 2023. But if that big downturn that everyone’s expecting doesn’t happen – well, then, it doesn’t make sense for stocks to be down 30% with no real change to economic fundamentals.

Stocks will, of course, rebound vigorously in that scenario.

That’s the exact scenario we think will play out.

The big 2023 economic slowdown hinges on the idea that the Fed will hike us into a recession. But it’ll only do so if inflation stays hot. Most data today suggests inflation won’t stay hot. Therefore, we think it is unlikely the Fed goes as aggressively as it says it will. And if it doesn’t, then the economy should be able to handle mild rate hikes and keep on turning.

The Final Word on the Inflation Turnaround

Three things have killed the stock market in 2022: hot inflation, which has led to big rate hikes, which has slowed the economy.

Inflation will cool, leading to smaller rate hikes and maybe even rate cuts, which will juice the economy.

Now is the time to buy stocks, ahead of that reversal. I’m not saying we’ve hit THE stock market bottom. But I am saying that given the current macroeconomic trends, buyers of stocks today will be handsomely rewarded in 12 months – more than they’ve been rewarded in any 12-month stretch since 2009.

Find out how to turn this bear market into big profits.