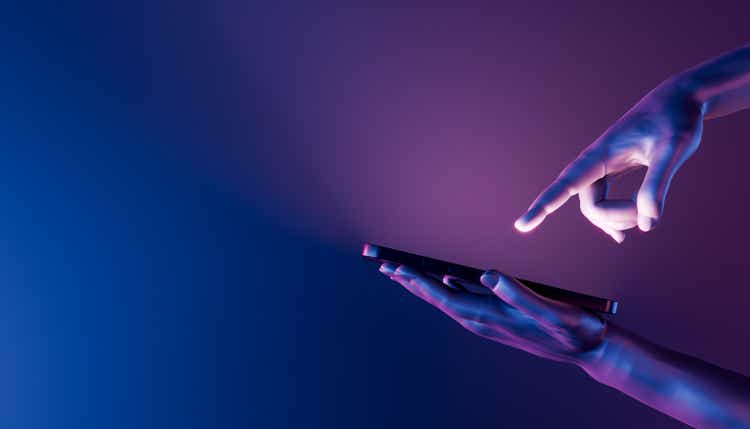 Meta Platforms (NASDAQ:META) disappointed the market with the management team sticking to a strident plan to aggressively spend on the Metaverse. Influential investors and our internal research had highlighted how Meta could double profits by 2024 via cooling spending. My investment thesis is still bullish on the stock, though highly disappointed management took the plan to crater the stock by maintaining expense growth plans.

Out Of Control Spending

Despite comments to the contrary by CEO Mark Zuckerberg over the last few months, Meta actually released plans for expense growth next year. The social media giant has hired a ton of new employees this last year, even during Q3, while influential investor Brad Gerstner wanted the company to actually cut expenses by a wide 20%.

While Meta promised to end 2023 with the same headcount as the end of Q3 at 87,314 employees, following a 28% boost in the employee count over a year where revenues have fallen, the company did only hire 3,700 new employees in Q3 after hiring 5,700 in the prior quarter.

The company forecasted to actually ramp up spending in 2023 without any additional employees. The cost structure is forecast to jump to $94 to $99 billion next year with the exclusion of $2 billion in office facility closure charges, up from guidance for 2022 to end up around $85 to $87 billion.

Our estimates predicted Meta could double EPS to $20 by 2024 via cutting operating expenses by $5 billion over the next 2 years. The key to gaining so much leverage is via constraining costs while growing revenues.

Meta doesn’t need to make a drastic 20% cut to headcount requested by Gerstner that could have a dire outcome to the business. All the company needs to do is not replace departing employees and the expense structure will decrease allowing Meta to also avoid paying severance costs.

Regardless, the company actually doubled down on spending for the Metaverse. On the Q3’22 earnings call, CEO Mark Zuckerberg forecast losses from Reality Labs would grow next year:

We expect Reality Labs expenses will increase meaningfully again in 2023, with the biggest drivers of that being the launch of the next generation of our consumer Quest headset and hiring that has been done in 2022, but for which we are going to be paying the first full year of salaries next year.

In the last quarter, Meta lost an insane $3.7 billion from Reality Labs. The division is on an annualized pace to lose $14.7 billion now, yet revenues are mostly flat with prior year levels so far in 2022. Though, revenues are volatile due to the timing of the release of new Oculus devices, including the new Oculus Pro in October.

Notable though, the loss has grown $2.5 billion over last year through the YTD period while Reality Labs revenues are virtually flat.

While all of this news was disappointing, the CFO clarified a point missed by the market. The cost growth in 2023 is all associated mostly with cost of sales due to the expected increase in sales from the new Oculus device next year.

Management hasn’t done itself any favors by not distinguishing the cost focus purely on the crucial operating expenses. Higher costs of revenues based on Oculus revenue growth shouldn’t be included in the forecast. In addition, the other cost growth appears purely from higher depreciation due to the massive increase in capex spending.

Based on the updated guidance for spending, Meta could achieve the following EPS. The guidance has total costs and expenses increasing from $22 billion in Q3 to ~$24 billion per quarter in 2023, but the view is that the company will slowly dial back some expenses for next year including actually reducing the headcount.

If Meta can actually grow revenues, the company would achieve some leverage in opex leading to a nearly $14 EPS in 2024 while analysts amazingly only have a target for $10. The forecast has gross margins dipping from a higher proportion of revenues from Reality Labs while opex continues to grow.

The biggest benefit to the Gerstner plan and our numbers was the reduction of operating expenses via cutting or eliminating anywhere from 10% to 20% of the employee base. Without the company cutting employees, these costs won’t come down.

The growth in operating expenses appears somewhat muted next year with hopefully the majority of the nearly $10 billion increase from higher COGS. The market could probably accept flat total costs from a big boost in COGS offset from a reduction in operating expenses. In such a scenario, total costs would only grow from massive revenue gains. Again, this is where management needs to direct the conversation away from total costs to distinguish between COGS and opex.

The key investor takeaway is that Meta management is definitely out of touch with investors. Not to mention, the company is not effectively explaining the nature of the higher costs with the discussion not correctly distinguishing between costs of revenues and operating expenses.

The stock is likely to trade very weak for a while with investors needing time to shake off the disappointing commentary from management. Over time though, Meta can easily trim costs providing a substantial boost to profits while the Reality Labs division will eventually grow revenues.

Ultimately, Meta is cheap at only 7x baseline 2024 EPS targets.