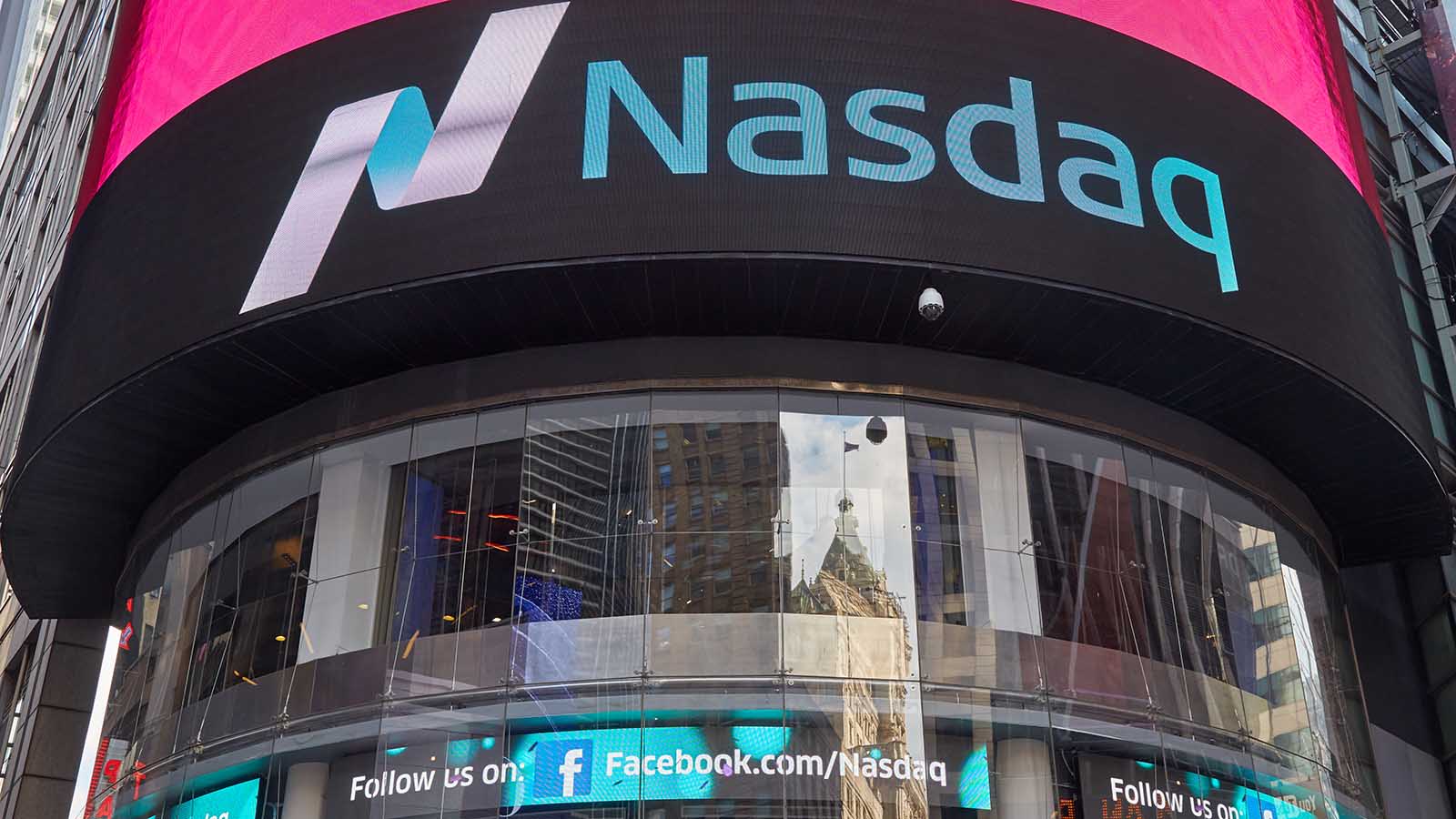 The Nasdaq has a reputation for being the home of aggressive hypergrowth companies — firms that can go up five- or tenfold in a year and sometimes crash just as quickly. Most investors probably wouldn’t imagine creating a buy-and-hold forever portfolio filled with Nasdaq stocks.

However, the Nasdaq actually offers a lot of variety. While it hosts many speculative, volatile stocks, it also has a ton of high-quality names that have built businesses that will last for decades or longer.

Investors should regard these seven Nasdaq stocks to buy and hold forever with great promise.

As we’ve seen over the past year, companies can go from the top of the world to the cast-off bin virtually overnight. Several former FAANG high-fliers are now down in the dumps. Of the Big Tech titans, however, Alphabet (NASDAQ:GOOG, NASDAQ:GOOGL) appears most well-positioned to be a long-term hold.

That’s because of two primary factors. One, Alphabet’s core search business is entrenched across a variety of devices, platforms and use cases. This makes it awfully difficult to disrupt. The constellation of Android, Gmail, Docs, Chrome and various other services should keep Alphabet in a power position for many years to come.

Meanwhile, at least some of Alphabet’s moonshots should pay off for investors in time. Whether it’s artificial intelligence, self-driving vehicles, next-generation healthcare or who knows what else, there’s a good chance Alphabet will spin up more great businesses over the years. Meanwhile, after a big selloff this year, GOOGL stock is now selling at an attractive starting valuation.

Texas Instruments (NASDAQ:TXN) is America’s largest company focused on analog semiconductors. Analog semiconductors are important because they translate real-world information such as weather conditions into digital data. These functions are vital for purposes such as autonomous driving, remote monitoring, and the internet of things, among others.

Analog semiconductors are a slower-moving category than, say, semis for consumer products like laptops or smartphones. As a result, Texas Instruments can sell its chip designs for longer before needing to research newer models. It tends to have steadier pricing as well. Long story short, Texas Instruments has been incredibly consistent in generating profits and cash flow in an industry that is otherwise prone to strong cyclicality.

Texas Instruments is currently involved in a major growth plan. It is spending a cool $30 billion on new semiconductor manufacturing capacity in Sherman, Texas. Investors are nervous about this big capital outlay as it may slow down dividend growth and share repurchases in the short term. For longer-term investors, however, TI’s willingness to make a bold bet on American manufacturing should ensure its longevity in a world filled with increasing logistical issues with overseas supply chains.

Starbucks (NASDAQ:SBUX) has been a bit down on its luck over the past year. Its large-scale investment in Chinese stores has run into temporary problems given the persistence of Covid-19 and related quarantines in that market. Meanwhile, a burgeoning unionization drive is raising concern about the company’s labor costs in the United States.

For longer-term investors, however, this momentary weakness could be a great buying opportunity.

Starbucks is an unmatched brand in its niche. And the company has fantastic unit economics. Coffee and sweet drinks are cheap to make and consumers don’t care too much about the price. Starbucks has been through recessions before, and unit sales held up fine. SBUX stock is down 32% over the past year but it could perk right back up. 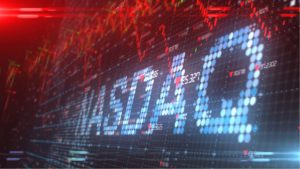 The Nasdaq (NASDAQ:NDAQ) isn’t just the stock exchange itself. It’s also a publicly traded company which operates said stock exchange, along with a quickly growing business that sells data and market services to clients.

As high-frequency trading has taken off, hedge funds have been willing to fork over big bucks for Nasdaq’s trove of historical data on its listed securities and trading activity. The actual market operations side of the business is also highly profitable. When the market is surging, such as in 2020 and 2021, it is especially lucrative as the exchange enjoys a flood of listing fees from all the new companies going public.

Nasdaq’s business is in a bit of a lull this year, with the tech sector having a forgettable performance so far. However, technology will come back in style sooner or later. And, as this article shows, there is quite a variety of other businesses on the Nasdaq exchange as well. As long as the overall market continues to grow and gain in popularity, shares of NDAQ stock should also continue to rise. 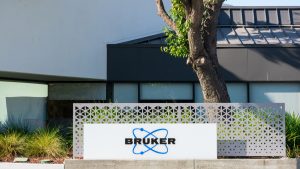 Bruker (NASDAQ:BRKR) is a scientific instrumentation company. It focuses on lab equipment for biology and chemical research uses. The company has a virtual monopoly on its primary product line, high-powered nuclear magnetic resonance (or NMR) spectroscopy for studying biological specimens. Its former primary competitor, Agilent (NYSE:A), exited the field in 2014.

In addition to its stable cash cow business, Bruker has pursued a line of other higher-growth projects. Its products in the superconductors and metals composites categories are particularly exciting, as these serve verticals such as renewable energy with strong prospects in years and decades to come.

What makes Bruker a buy-and-hold forever stock? It is still family run, which has ensured a long-term focus from the management team. In addition, the stability of its core business has given it plenty of cash with which to fund R&D in other promising categories. This is a classic American success story of a firm that makes high-quality niche products across several lines of business that have bright futures as technology and medicine continue to evolve.

Many investors have the perception that the Nasdaq is primarily just for technology and biotech companies. However, an increasing number of “old economy” stocks have migrated their listings to the Nasdaq in recent years.

PepsiCo (NASDAQ:PEP) is one such example of a classic blue-chip Nasdaq name to buy and hold forever. By owning Frito-Lay, PepsiCo has a great line of business in both beverages and snack foods. This keeps it more diversified than its chief rival soda company.

PepsiCo has, incredibly enough, grown its dividend payout for 50 years in a row. A retiree could have bought the stock way back in 1972 and have gotten a dividend increase every single year over the past half century.

Humans love to eat salt, fat and sugar as much as ever. It’s a good bet that PepsiCo’s products will still be going strong in 2072. 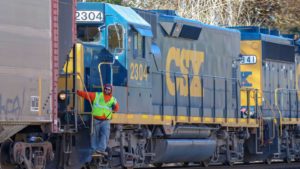 CSX (NASDAQ:CSX) is another great company few people probably realize is listed on the Nasdaq. While most tech investors focus on the information superhighway, the legacy railroad has reasserted itself as a key infrastructure corridor as well. In fact, CSX’s rail network has taken on increasing importance recently. This comes as the world focuses on moving goods around quickly and with less pollution. Railroads, after all, have much better per-mile fuel efficiency than trucking.

Railroads have also modernized dramatically. There has been a great deal of automation, which has lowered costs and improved reliability. And the current economic conditions have been a boon for railroad operators, as demand for commodity and goods shipping has surged. CSX stock sells for 17x forward earnings, offering a good entry point for this irreplaceable infrastructure asset.

On the date of publication, Ian Bezek held a long position in BRKR, NDAQ, TXN stock. The opinions expressed in this article are those of the writer, subject to the InvestorPlace.com Publishing Guidelines.