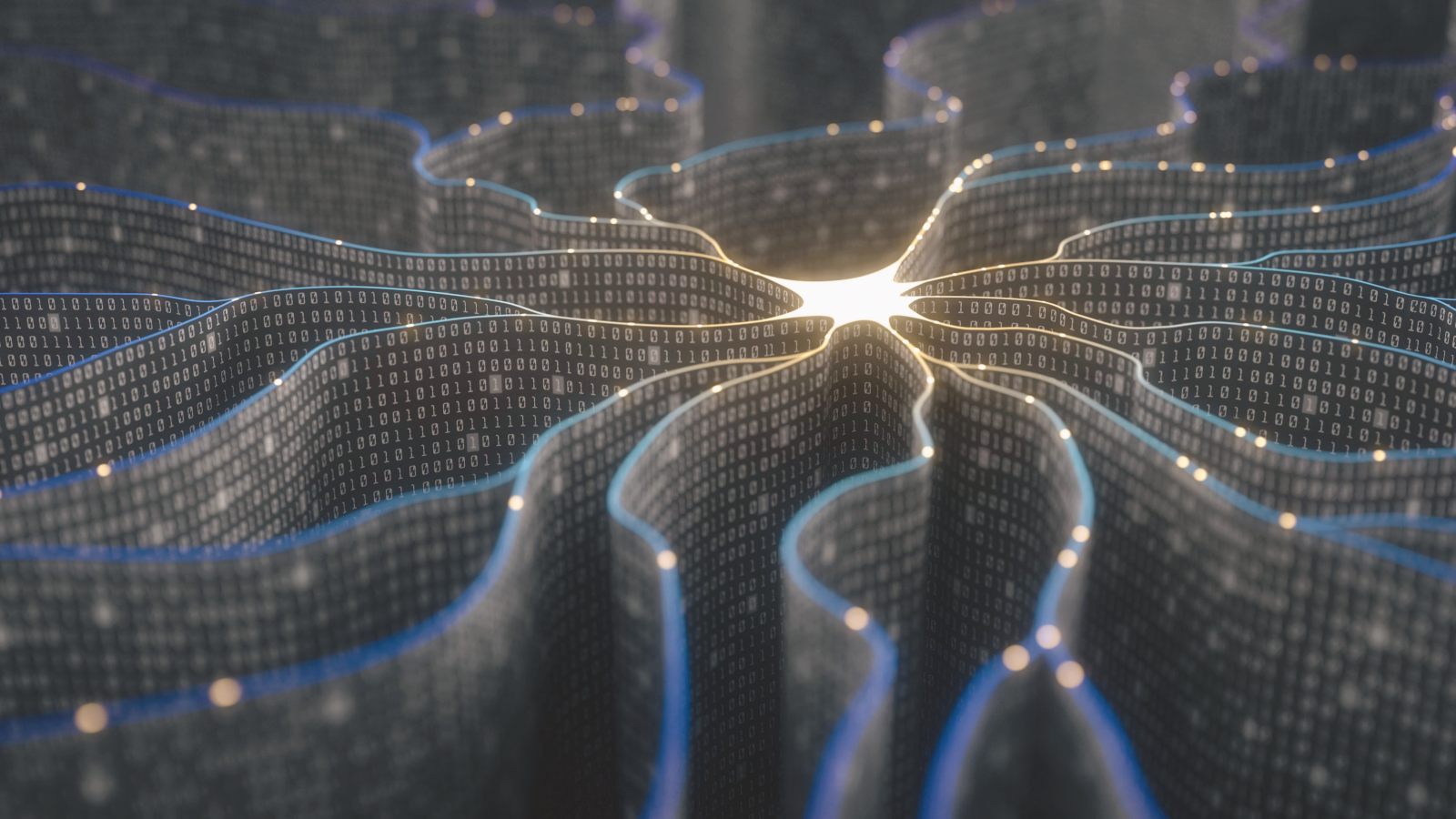 Editor’s note: “How AI Went From Joke to Ubiquity in 70 Years” was previously published in September 2022. It has since been updated to include the most relevant information available.

It’s called the “Turing Test,” and it’s aimed at answering the fundamental question: Can machines think?

The world laughs. Machines — think for themselves? Not possible.

However, the Turing Test sets in motion decades of research into the emerging field of Artificial Intelligence (AI).

This research is conducted in the world’s most prestigious labs by some of the world’s smartest people. Collectively, they’re working to create a new class of computers and machines that can, indeed, think for themselves.

It’s in your phones. What do you think powers Siri? How does a phone recognize your face?

It’s in your applications. How does Google Maps know directions and optimal routes? How does it make real-time changes based on traffic? And how does Spotify create hyper-personalized playlists or Netflix recommend movies?

AI is on your computers. How does Google suggest personalized search items for you? How do websites use chatbots that seem like real humans?

As it turns out, the world shouldn’t have laughed back in 1950.

The great Alan Turing ended up creating a robust foundation upon which seven decades of groundbreaking research has compounded. Ultimately, it resulted in self-thinking computers and machines not just being a “thing” — but being everything.

Make no mistake. This decades-in-the-making “AI Revolution” is just getting started.

The AI Revolution Is Taking Off

That’s because AI is mostly built on what industry insiders call “machine learning” (ML) and “natural language processing” (NLP) models. And these models are informed with data.

Essentially, the more data these models have, the smarter the AI becomes. Indeed, in the world of AI, data is crucial. And we are currently seeing a rapid increase in the volume of data worldwide, mostly because nearly every object now produces its own data.

These devices have all begun to generate large amounts of data, like phone usage data, in-car driving data, consumer preference data, and fitness and activity data.

The rapid increase in data available to AI algorithms has allowed them to become more advanced than ever before. In fact, 90% of the world’s data has been generated in just the last two years, contributing to AI’s rise in recent years. It’s simple: more data leads to better ML and NLP models, resulting in smarter AI.

And you know what? The world isn’t going to take any steps back in terms of this ‘smart’ pivot anytime soon.

No, we love our smartphones and smart cars and smartwatches far too much to say goodbye to them. Instead, society will accelerate in this transition.

A New Era of Machine Learning

And with that in mind, these next numbers shouldn’t surprise you: Currently, the world produces about 2.5 exabytes of data per day. By 2025, that number is expected to rise to 463 exabytes. 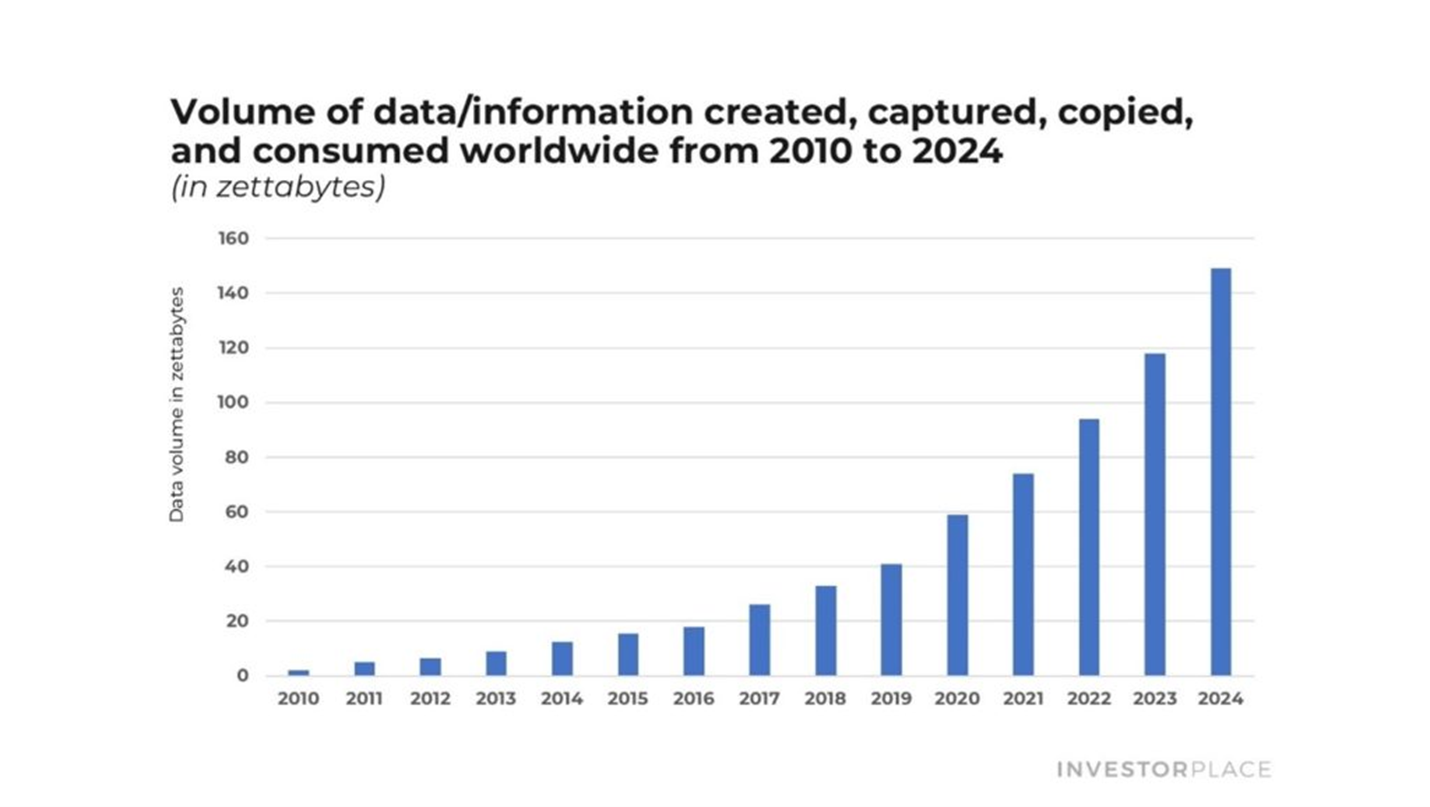 Let’s go back to our process.

Thus, as the volume of data produced daily soars more than 185X over the next five years, ML and NLP models will get 185X better (more or less). And that means that AI machines will get 185X smarter.

Folks, as rock group Bachman-Turner Overdrive said in the 1970s, you ain’t seen nothing yet.

The AI Revolution is just getting started.

As my friends in the AI and robotics fields like to remind me: Most things a human does, a machine will be able to do better, faster, and cheaper.

If not now, then soon.

And I’m inclined to believe them, considering the advancements AI has made over the past few years with the help of data — and the exponential amount of it yet to come.

Eventually — and inevitably — the world will be run by hyper-efficient, hyper-intelligent AI.

I’m not alone in thinking this.

Gartner predicts that 69% of routine office work will be fully automated by 2024. And the World Economic Forum has said that robots will handle 52% of current work tasks by 2025.

The AI Revolution is coming.

It’s going to be the biggest and most disruptive revolution you’ve ever seen in your lifetime.

The Final Word on the AI Revolution

And the same went for early backers of Amazon (AMZN) when e-commerce disrupted the retail world.

The list goes on and on. The lesson remains the same.

So, with all that said, what are the best stocks to buy to play this unprecedented revolution?

Put simply, they are the companies that are changing the paradigm in which they exist.

At Innovation Investor, we have identified several AI stocks to buy for enormous long-term returns.

These AI stocks aren’t the “safe” way to play the AI Revolution. Indeed, if you’re squeamish when it comes to risk, this isn’t for you.

But if you’re willing to risk a little for the chance to profit a lot, the AI stocks in this portfolio are the best way to do it.