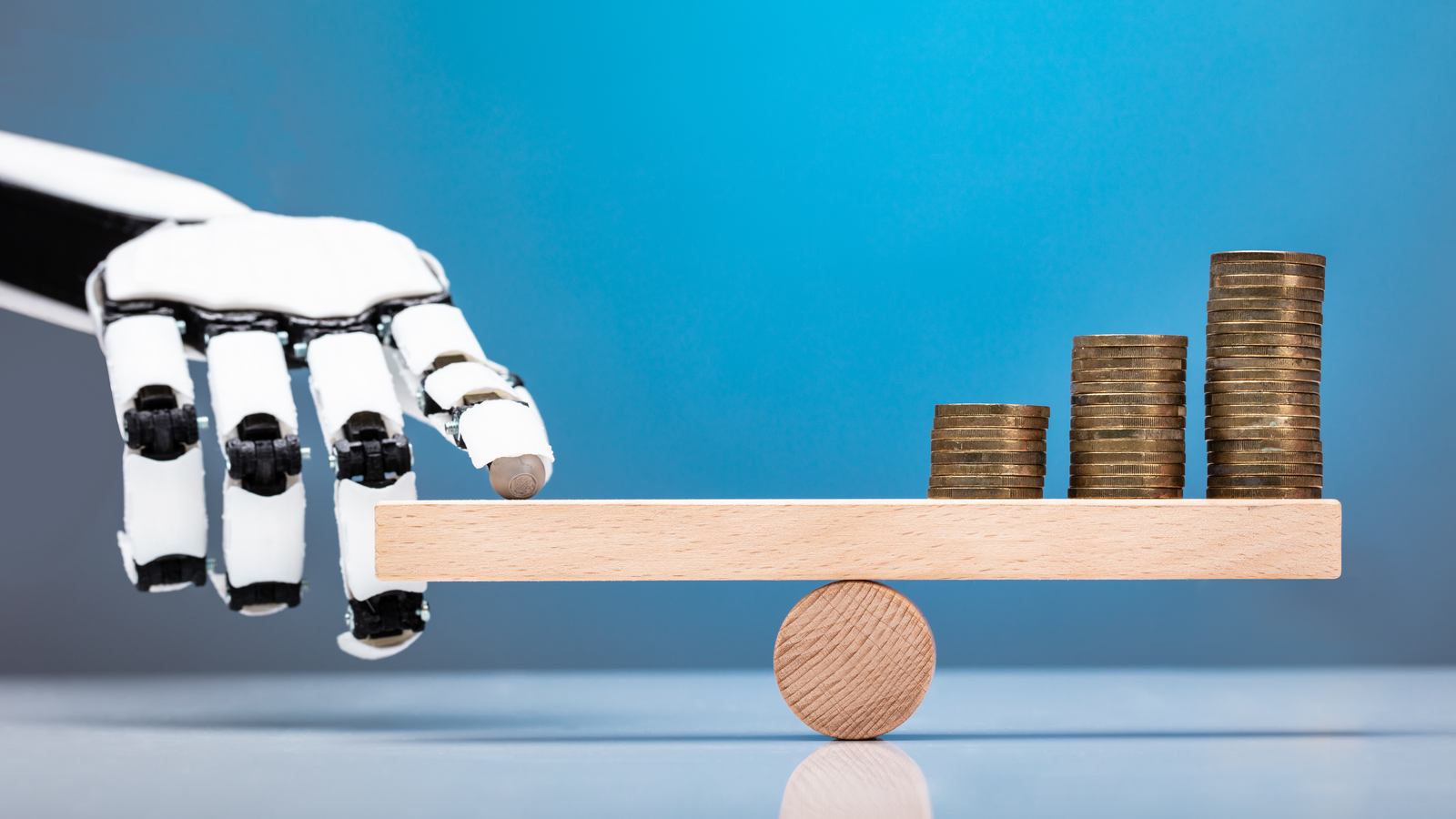 Editor’s note: “The Time Has Come to Bet Big on the Automation Economy” was previously published in September 2022. It has since been revised and republished.

In the midst of 2022’s stock market chaos, I focused on one thing: finding generational investment opportunities. Why? Because history shows that the best time to invest in emerging technological megatrends is during a market crash, such as the one that’s been occurring over the past year.

For example, the best time to invest in computer stocks was after the 1987 Flash Crash. That left promising computer stocks like Microsoft (MSFT) trading for less than 20 cents per share (split adjusted).

The best time to invest in internet stocks was after the 2000 dot-com bubble burst. That left promising internet stocks like Amazon (AMZN) trading for about 30 cents per share (split adjusted).

And the best time to invest in electric vehicle stocks was after the 2020 COVID crash. That left EV stocks like Tesla (TSLA) trading for about $25 per share (split adjusted).

This pattern is clear. Every time the stock market crashes, a group of emerging technology stocks is left trading at massive discounts. Investors who buy at those prices end up making fortunes over the next several years.

So, what group of emerging technology stocks are the best buys during the 2022 stock market rout? I’d like to make the case for AI stocks.

The Need Is Urgent

I truly believe AI and automation technologies will represent one of the greatest technological paradigm shifts of our lifetimes. And according to my research, that shift will mostly occur in the 2020s.

That is, over the next decade, we will go from a human-driven world to a robot-driven one. All the while, our society and global economy will be forever transformed.

Like many before it, this technological megatrend will be driven by a convergence of the world’s need for automation technologies and the swell of engineers capable of building them.

In short, the world needs to fix inflation. And ubiquitous adoption of automation technologies is the only way we permanently suppress inflation.

The Fed can solve the first part by hiking interest rates, choking off consumer spending, and suppressing economic demand.

But rate hikes don’t address the supply side of the inflation problem. The only way you fix that is if companies figure out how to make more products and services. But to do that in a human-driven world, you need more labor. That requires companies to hire more workers, which means more wages, more consumer income, more spending, and more economic demand.

In other words, the present “solution” to fixing the supply side of the inflation equation will actually exacerbate the demand side of the problem. And therefore, it won’t permanently resolve the inflation situation.

Let’s play out the same scenario as above but in an automation-driven world.

A company needs to make more product. It deploys a series of automation technologies – both software and hardware – to make it.

Those technologies have a big upfront installation fee but very low recurring costs after that. Net impact to annual operating expenses? Tiny.

The overall result – the company can make a lot more product at a fractionally higher marginal cost. Supply goes up without producing more economic demand.

Automation is the panacea to our current inflation problem.

As far as capability goes, automation technologies have progressed rapidly over the past few years. They are now able to create meaningful real-world value – and at the perfect time, too!

For example, Walmart (WMT) is in the process of automating all its warehouses with an end-to-end robotics system. It unpacks, sorts, stores, and repacks inbound and outbound parcels with a combination of robot arms and mini autonomous vehicles.

That’s after Amazon has already automated all its warehouses with its own robotic system. And in fact, it recently acquired both iRobot (robotic vacuum maker) and Cloostermans (warehouse robotics firm), just months after unveiling its first-ever home robot.

It’s arrived in retail, too. Robots and autonomous vehicles are being used to stock shelves at grocery stores, clean shopping aisles, and deliver orders.

And the Automation Revolution has also touched down in the media and entertainment world. Have you seen those ads that say “this ad was probably written by a robot”? Or those drawings that were created by DALL-E, the AI that generates pictures from queries? Have you heard of Jasper, the AI writing machine?

Most recently, a new AI chatbot – ChatGPT – has taken the world by storm. It’s a super version of Siri that can write full research papers, articles, essays, and more in just minutes.

The automation being deployed in the world today is incredibly impressive.

But it is just the tip of the iceberg. Experts predict that by 2026, 90% of all online content will be produced by AI.

Alas, I rest my case. The world just doesn’t need automation technologies today – it has tech it can readily deploy today, too. That’s a potent combination.

The Final Word on the Automation Boom

Despite the challenges facing the market in 2023, including the potential for a recession, I see exciting opportunities on the horizon. Every stock market crash is an opportunity – an opportunity to buy the “next big thing” in the stock market for dirt-cheap, while everyone else is worrying about short-term problems that will pass (they always do).

The time to bet big on automation stocks is today. They’re dirt-cheap, trading for just a few bucks… But they’ll absolutely soar over the next decade as robots and software eat the world.

Find out how to be successful no matter which way the market turns.